A "miracle" set of giant panda triplets born at the Chimelong Safari Park in Guangzhou, China celebrated their 100th day on Wednesday, November 5. The panda cubs, born on July 29, are the only known set of surviving giant panda triplets in the world. Other triplet births have been recorded, but never have all three cubs survived.

All of the triplets (two boys and one girl) now weigh more than 5 kilograms and are doing well, a zoo official told the Associated Press. The cubs take turns living with their mother, who cannot care for all of them at once.

The hundred day milestone is significant for vulnerable panda cubs, as pandas are known to have difficulty surviving in the wild and in zoos. It is tradition to wait until baby pandas are 100 days old before naming them. The Chimelong Safari Park has issued a callout for names from the public and will name each of the triplets soon.

To celebrate their milestone, we've collected photos and videos from the cubs adorable first 100 days.

The pandas shortly after being born in July. 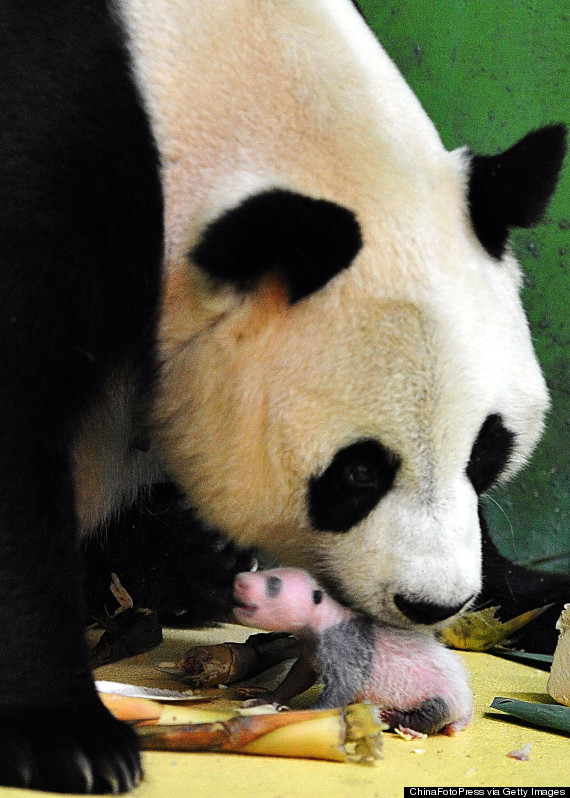 One of the panda triplets greets its mother on August 15, 2014. The triplets have grown to four times their birth size. 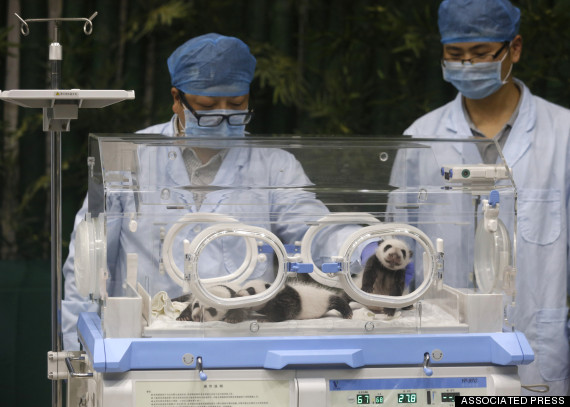 The one month old panda triplets in their incubator on August 28, 2014. 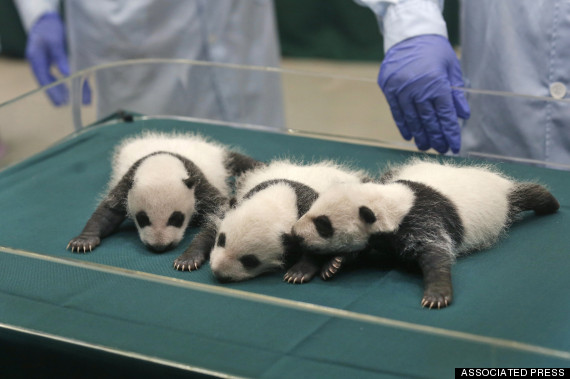 The one month old panda triplets wait to be checked by staff on August 28, 2014. 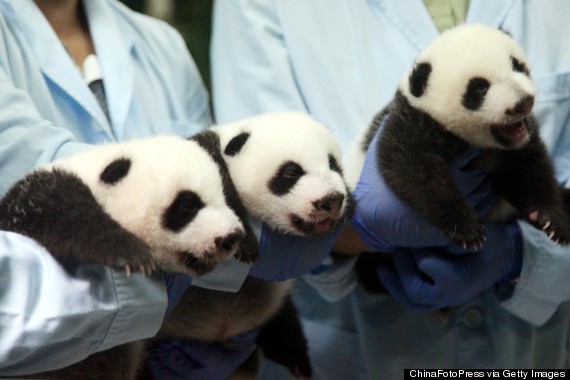 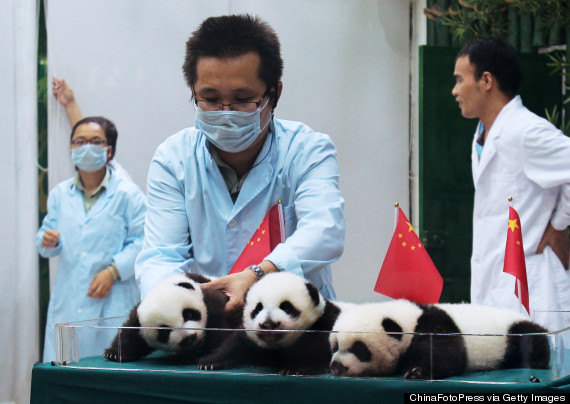 The triplets share the spotlight at a naming event on October 1, 2014. 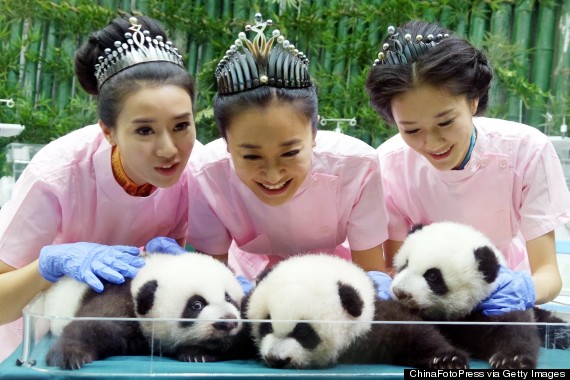 The panda triplets play with the top three "Miss Chinese" contestants at a zoo event on October 27, 2014. 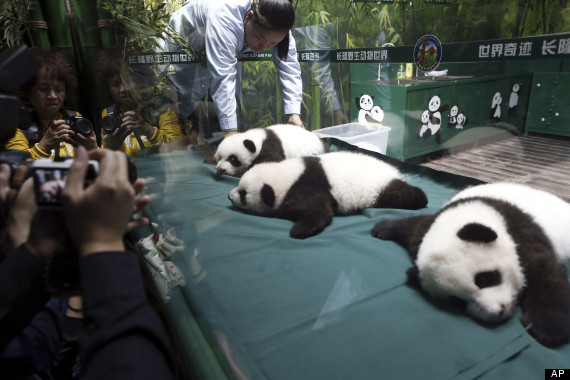 Panda cubs captivate visitors during their 100 day celebration on November 5, 2014.