Today, Pandora's Box is considered a classic, a masterpiece of the silent era and a landmark work in the history of world cinema. Its reputation is due largely to the riveting, red hot performance given by its star, Louise Brooks, in the role of Lulu. 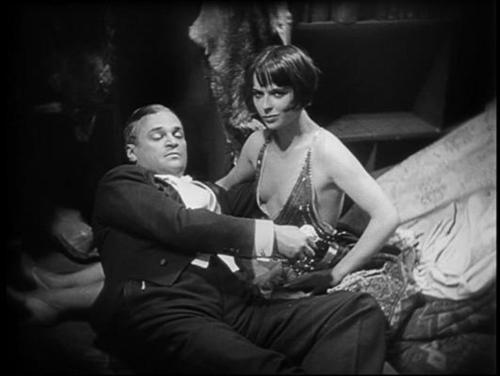 Pandora's Box and its star, however, have not always enjoyed the reputation they do today. When the film first showed in New York--back in December of 1929--it received mostly negative reviews. Just about everyone, including its star, thought it stunk.

On March 19th, New Yorkers will have a chance to judge for themselves when Film Forum screens a 35mm print of Pandora's Box as part of "It Girls, Flappers, Jazz Babies & Vamps." The series showcases some of the silver screen's provocative early sex symbols.

Pandora's Box, a German-made film directed by the highly regarded G.W. Pabst, premiered in Berlin in February of 1929; reviews were mixed, even dismissive. Some months later, when Pandora's Box opened at a single theater, the 55th Street Playhouse in New York, American newspaper and magazine critics were similarly ambivalent, and sometimes hostile.

Photoplay, one of the leading fan magazines of the time, wrote "When the censors got through with this German-made picture featuring Louise Brooks, there was little left but a faint, musty odor." Billboard had a similar take, "This feature spent several weeks in the censor board's cutting room: and the result of its stay is a badly contorted drama that from beginning to end reeks with sex and vice that have been so crudely handled as not even to be spicily entertaining. Louise Brooks and Fritz Kortner are starred, with Miss Brooks supposed to be a vampire who causes the ruin of everyone she meets. How anyone could fall for la belle Brooks with the clothes she wears in this vehicle is beyond imagination."

The New York Times went further, "Miss Brooks is attractive and she moves her head and eyes at the proper moment, but whether she is endeavoring to express joy, woe, anger or satisfaction it is often difficult to decide." The critic for the New York World echoed the Times, "It does occur to me that Miss Brooks, while one of the handsomest of all the screen girls I have seen, is still one of the most eloquently terrible actresses who ever looked a camera in the eye." 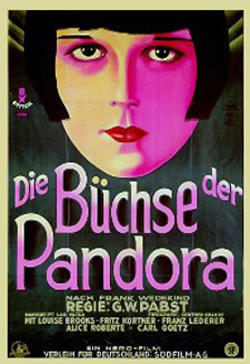 The critics, it seemed, were ganging up. The New Yorker dismissed the film. As did the New York Post, who described it as "a rather dull underworld offering which makes very little sense." Film Daily thought the film "too sophisticated for any but art theater audiences." And the New York Herald Tribune said "Louise Brooks acts vivaciously but with a seeming blindness as to what it is all about."

Variety put the nail in the coffin when its opined "Better for Louise Brooks had she contented exhibiting that supple form in two-reel comedies or Paramount features. Pandora's Box, a rambling thing that doesn't help her, nevertheless proves that Miss Brooks is not a dramatic lead."

Despite such poor reviews, the film managed to draw an audience, albeit a modest art-house crowd. After the New York Sun reported Pandora's Box "has smashed the Fifty-fifth Street Playhouse's box office records," the film was held over for another two weeks.

With its New York run ended, Pandora's Box fell into an obscurity from which it would take decades to overcome. By then, sound had come in and poorly reviewed silent films from abroad were little in demand. Though exhibition records are fragmentary, the film was seldom if ever shown in the United States.

In fact, in the decades that followed, only one other screening is known to have taken place--in 1931 in New Jersey at a second-run house not above showing sensational or exploitative fare. Newspaper ads for the Little Theater in Newark warned "Adults Only," and Pandora's Box, synchronized with "thrilling" sound effects and English titles, was promoted as "The German sensation that actually reveals most of the evils of the world" offering "Raw reality! A bitter exposé of things you know but never discuss."

With its reputation in ruins, the film was little seen and little regarded, even by film curators. In 1943, Iris Barry, head of the Museum of Modern Art's film department, met with Brooks, who was then living in New York. Barry's opinion carried considerable weight (and did so for decades to come) in the film world; she told Brooks the museum would not acquire a copy of Pandora's Box for its collection, because "it had no lasting value."

Times change, and so do reputations. In the mid-1950s, Pandora's Box was rediscovered by a handful of European archivists and historians. Their enthusiasm would cross the Atlantic, and in the United States, the film was almost single-handedly championed by James Card, the founding film curator at the George Eastman Museum in Rochester. Year by year, screening by screening, a new and positive critical consensus grew around the once much maligned film.

Cut to 2006, the year which marked the Brooks' centenary. New York's Film Forum marked the occasion by screening a 35mm print of the film; remarkably, during its short run, Pandora's Box was reported to be the second highest grossing independent film in the United States.

In his acclaimed 1989 biography of Brooks, Barry Paris wrote: "A case can be made that Pandora's Box was the last of the silent films--not literally, but aesthetically. On the threshold of its premature death, the medium in Pandora achieved near perfection in form and content."

It's that "near perfection"--dark and riveting, that draws audiences time and again. Pandora's Box will be shown at Film Forum in New York (209 West Houston St. west of 6th Ave.) on Saturday, March 19 at 7:20 p.m. Steve Sterneron will accompany the film on piano.

Thomas Gladysz is an arts and entertainment writer and a regular contributor to the Huffington Post. He is also the founding director of the Louise Brooks Society, an online archive and international fan club started in 1995. Recently, he contributed the audio commentary to the other G.W. Pabst-directed Louise Brooks film, Diary of a Lost Girl, out from Kino Lorber.