What if everything you thought you knew about nuclear power is wrong? This is the realization that came to several prominent environmentalists featured in my new movie Pandora's Promise, premiering today at the Sundance Film Festival.

For decades the standard mantra of the environmental movement has been that nuclear power is evil and dangerous. The stars of my film, all prominent green campaigners including Whole Earth Catalogue founder Stewart Brand, Breakthrough Institute co-director Michael Shellenberger and UK environmental writer Mark Lynas, all used to believe this.

Like myself, they changed their minds largely because the climate is changing. Global warming today is real and increasingly threatening our way of life and our future. As Mark Lynas showed in his book Six Degrees, unless we drastically curb greenhouse gas emissions within a decade, temperatures will likely climb within this century to levels not seen on Earth for 50 million years. This threat challenges us all to get out of our comfort zones and reconsider our opinions.

Given that nuclear power does not produce greenhouse gases, and given the world will need to triple its energy production by 2050, it only makes sense to give nuclear energy a second look. But in the course of making this film and interviewing nuclear experts I came to understand that most of the things I once believed about nuclear were simply flat-out wrong.

I never knew that we've already developed a new generation of nuclear reactors that are physically incapable of suffering a meltdown, are fueled by the waste from the existing generation of nuclear power plants and are of a far less complex modular design. I call this Nuclear 2.0 because it solves our fuel supply problems -- turns out we have enough stockpiled already to run the US for centuries.

I never knew that all of the long-lived radioactive waste produced by all 440 nuclear power plants around the world could fit into an average sized 7-11. Compare that to the waste produced by other industries, like the electronics industry, which deals in heavy metals which remain toxic forever and for which 75 percent of the millions of tons of waste is left unaccounted for.

I never knew that the official UN/World Health Organization certified death toll from Chernobyl (the worst imaginable nuclear disaster) stands at 56, rather than the million deaths propagated by many anti-nuclear groups. Moreover, there is no evidence that anyone was ever born deformed because of Chernobyl. In fact the scientists are now clear that the worst impacts of the disaster came because of the psychological trauma caused by excessive fear of radiation, not radiation itself.

The environmental campaigners who star in Pandora's Promise have all spoken out about the need for nuclear in order to provide clean power -- and all have come under attack for their views. As director, my position on this issue has been particularly puzzling to many people who know my work, especially as my first-ever film was the Oscar-nominated Radio Bikini, telling the story of how U.S. nuclear bomb tests destroyed the lives of Pacific Islanders and U.S. servicemen.

Actually, I am as committed as I ever was to a world without nuclear weapons. Indeed, advanced nuclear reactors are the only way we know of to dispose of the world's stockpile of weapons-grade plutonium. We can literally turn swords into ploughshares by recycling these weapons, along with todays stockpile of nuclear waste, into clean, carbon-free electricity.

Most anti-nuclear people I have spoken to have an unshakeable belief that we can solve climate change entirely with renewable power. This is another myth -- at the moment wind and solar provide less than 2 percent of global electricity, and to imagine we can scale this up to 100 percent in a couple of decades is science fiction. In no way is this an anti-renewables message, however -- I believe that we need all the tools we can get our hands on and all of us in the film are strong proponents of wind and solar power.

Making this film has really shaken my beliefs -- but in a good way. I no longer believe that we are necessarily doomed to an unpleasant future where human civilization is threatened by warming and overpopulation. We actually have enough energy to eliminate poverty and provide better lives for the 9.5 billion people who will be alive in 2050.

But I now realise we cannot do this without nuclear power. And I hope that after watching Pandora's Promise, other people like me who care about the future will be open-minded enough to change their minds like I have done.

It's Time We Give Nuclear Power a Second Look
Pandora's Promise 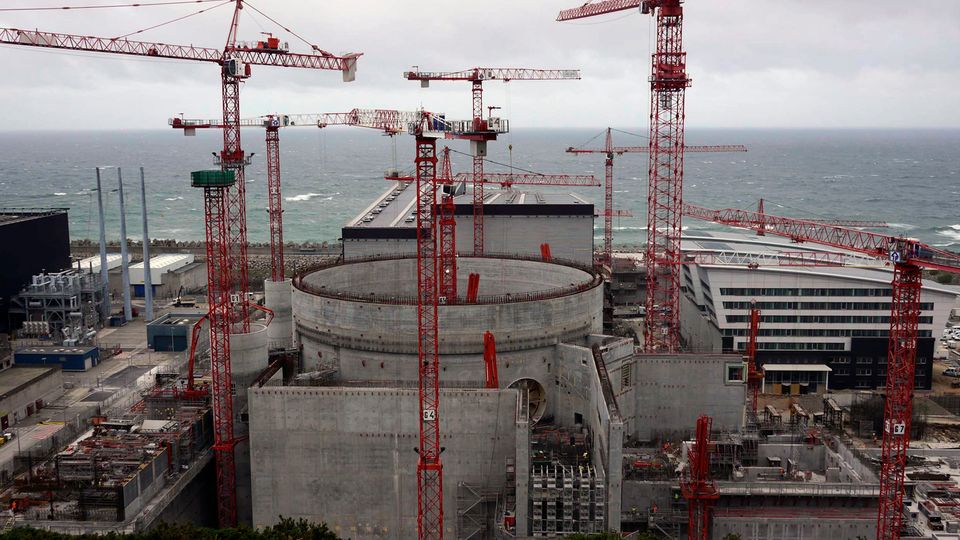