Chinese authorities seized more than 3 tons of animal parts taken from the bodies of dead pangolins earlier this month in one of the country’s largest smuggling busts involving the world’s most trafficked mammal.

Customs officials found 101 bags of pangolin scales hidden in a shipment of timber during a routine inspection in Shanghai, according to reports from local media. Estimates say the scales came from 5,000 to 7,500 different animals and could have had a street value of more than $2 million.

Pangolins have quickly become a striking face in the fight against wildlife crime, with almost a million trafficked over the past decade. All eight species are now listed as “vulnerable,” “endangered” or “critically endangered” on the International Union for Conservation of Nature Red List of Threatened Species.

The creatures, also known as scaly anteaters, are hunted primarily for their scales, which are used in traditional medicine in China and Vietnam in attempts to cure everything from cancer to asthma. However, there is no scientific basis to those claims. The scales are made from the same material as human fingernails.

Authorities have busted several massive pangolin smuggling rings over the past few years, many of which traffic thousands of animals at a time. A raid in Indonesia netted some 4,000 animals last year and more than 4 tons were discovered in Hong Kong, labeled as plastic, in June.

Delegates from nearly every nation voted to ban the international sale of pangolins and their parts in September during this year’s meeting of the Convention on International Trade in Endangered Species of Wild Fauna and Flora, also known as CITES. All species of pangolins were given the strictest protection afforded to threatened animals, but the bust in China shows a rampant market still exists for contraband wildlife.

Shanghai customs officials arrested three people who have been accused of smuggling the parts this month. They’re suspected of importing illicit pangolin scales from Africa into China since at least 2015, Agence France Presse reports.

Despite recent protections, it’s estimated more than 10,000 pangolins are poached every year. 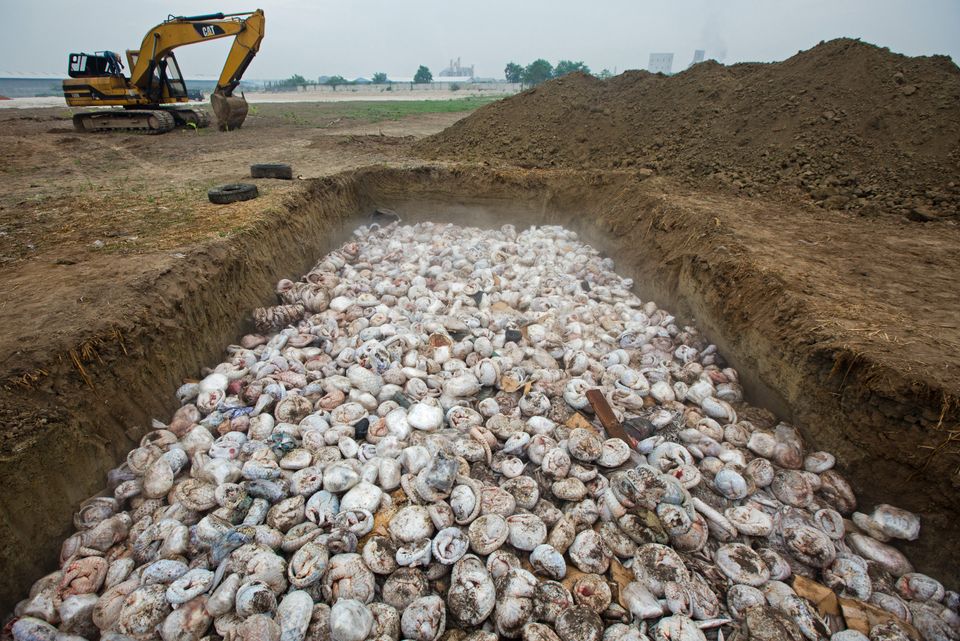 1 / 14
Eaten To The Brink Of Extinction
The frozen bodies of 3,000 to 4,000 pangolins lying in a pit before being burned in Medan, Indonesia.
Credit: Paul Hilton/WCS