It's completely horrible outside and so of course you're envisioning your summer retreat, wherever that may be. Be it Greece or Italy (or anywhere else on the continent for that matter), summer is a great time to go to Europe, and Italy is a prime spot for many Americans.

Yes, you could make like everyone else and go to Capri or Sardinia. OR you could go a world away to Pantelleria, which sits between Sicily and Tunisia but is actually closer to the latter. The island has long been known as a celebrity hideout, but it has none of the celebrity culture some of the hot spots may have.

The largest Sicilian island is rugged and dry (i.e. maybe you shouldn't be going in the dead of summer), but it's also stunning and untouched. It's known for being so, and it's also known for its capers, its sweet wine varietals (Moscato di Pantelleria and Passito di Pantelleria), its thermal springs and incredible diving.

You can fly into the island (though landing at the airport can be a bit tricky) or take a boat. Rent a moped or car while you're there to really see it all.

The island itself isn't rife with activities, and that's sort of the point. Yes, there are quite a few stunning natural attractions (more on that later), but beyond that, the whole place screams of rugged relaxation... while eating the island's famously hyper-local foods.

You can and should stay in a local's home, or dammuso, which is a traditional home built from a black stone called obsidian with a white dome-shaped roof. 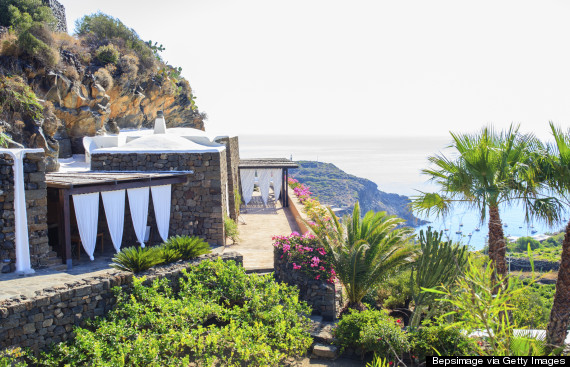 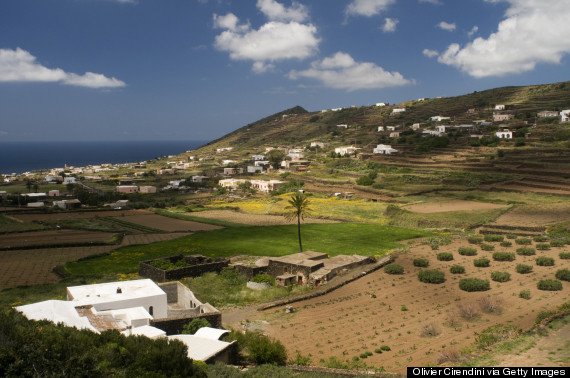 Hang out in one of the island's many coves for great diving and nary a sound around. 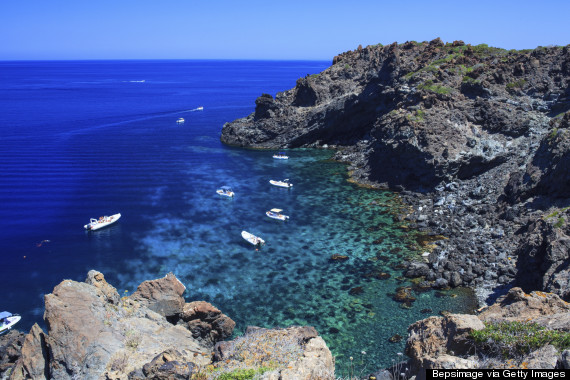 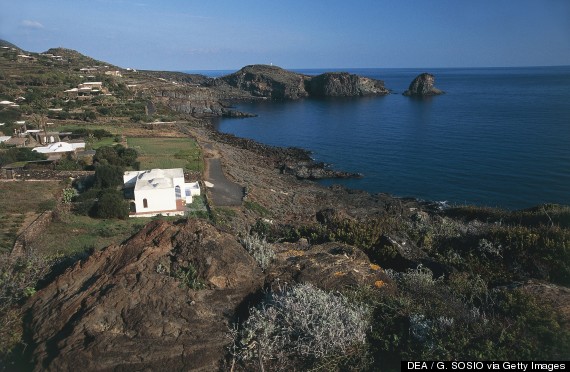 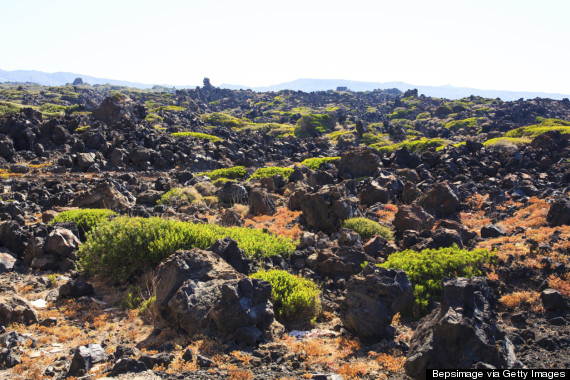 The port town of Pantelleria 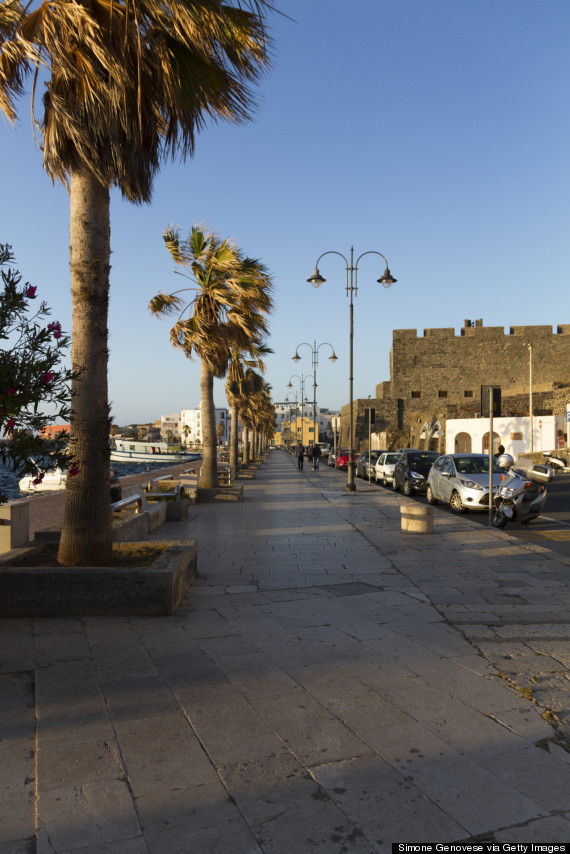 The must-sees include Specchio di Venere or Mirror of Venus, a body of water set in a volcanic crater that's actually a thermal spring (as seen from Montagna Grande below). 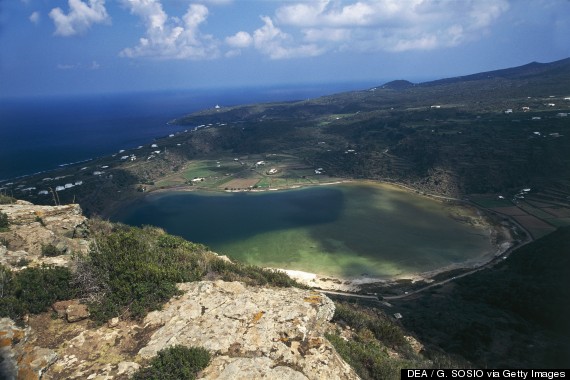 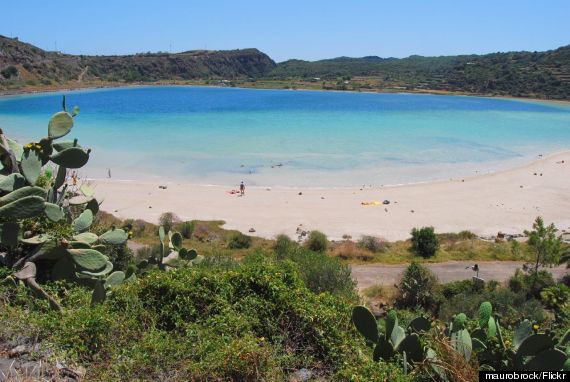 Laghetto delle Ondine is a natural swimming pool that gets hit with salt water thanks to crashing waves. 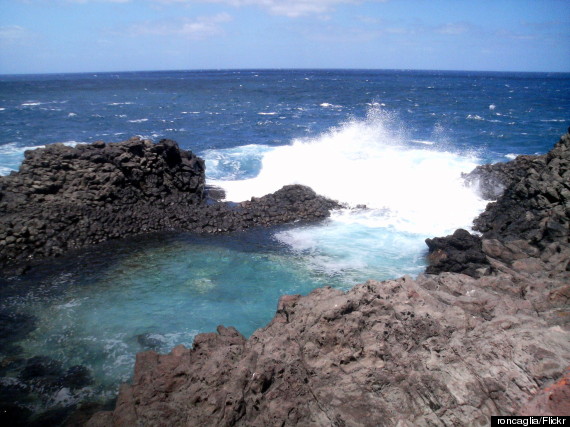 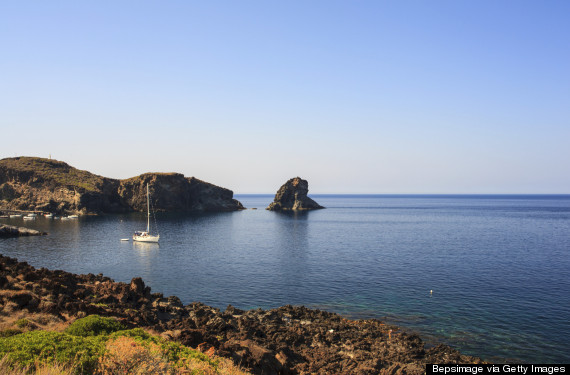 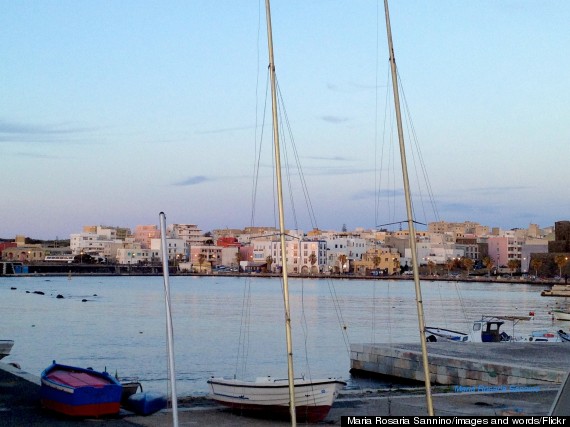