Someone really blue it.

When a train passenger in Dusseldorf, Germany, saw a dead "bearded man in a blue coat and red trousers" near the railroad tracks Tuesday evening, he immediately reported it to authorities.

A helicopter crew soon spotted the potential victim and, indeed, he was wearing red pants, blue outerwear, a red cap and a white beard, UPI.com reports.

However, the so-called "lifeless body" was actually a partially deflated Papa Smurf balloon, according to the Mirror.

Members of the rescue crew said the balloon victim looked a little deflated, but was otherwise fine, according to a press release from the District Police Rhein-Kreis Neuss.

Papa Smurf was taken to the nearest police station, but all attempts to reach relatives have failed, according to the release.

Although rescuing a balloon seems ridiculous, officials deemed the effort a success.

"The emergency call from the witness was completely justified," police said, according to TheLocal.de. "Under different conditions, it could have saved lives." 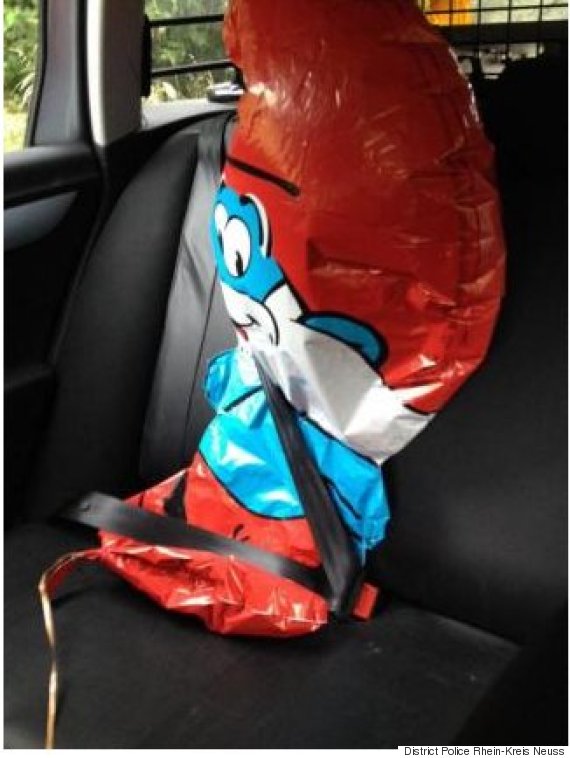