When I was twelve years old and immersed in Alister MacLean, my father bemoaned the decline of reading ethics. "At your age, I could recite Hamlet backwards, you youngsters have no patience for deep reading" being the refrain. A few decades later, I have to stop myself from saying, lest I sound like grandpa, "at your age, I could read Alister MacLean in one sitting, and did not flit between 140 words" to my twelve-year-old. Ironically, this is not a new phenomenon in human history. Socrates ranted against replacing oral learning by reading. "Literacy", he is reported to have cautioned Plato, "could alter the kind of memory and probative processes required for the young to deeply pursue and internalize knowledge". 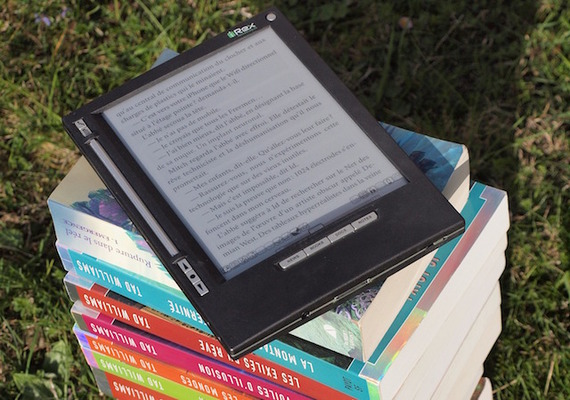 Ignoring the natural resistance to change, it cannot be denied that the process of reading has changed with the emergence of digital technology. For example, the introduction and developments in e-readers in recent years, have rendered digital books competitive to conventional paper-based books. According to Pew Research Center, 27% of Americans read e-books in 2015, and this number is steadily rising. Some of the reasons for the popularity of e-books over paper books include space savings, cost cutting and reading ease; the possibility of increasing font size and backlighting in e-readers can help hypermetropic readers read more easily, to which I can attest through experience. But is there a difference in how people perceive/understand between reading from paper books and reading using digital media?


Perhaps yes. A 2013 Norwegian study of the reading pattern of tenth-graders showed that students who read on paper scored significantly better in reading comprehension than those who read texts digitally. This is attributed to the fact that paper gives spatio-temporal markers; the feel of the paper and the act of turning pages serve as memory markers that are absent while scrolling down a screen. But there are contradictory views as well, wherein, the performance vis-à-vis mode of reading is argued to depend on the attitude and preference of the reader. In one such study, readers who preferred to read from screens were found to perform as well as those who had read the text from paper. The Internet is peppered with arguments for and against e-readers, and there is no consensus yet on whether e-readers will replace paper books or not. Having used both forms of books, my verdict is that it won't. While e-readers will certainly usurp a significant share of the books market, it may not replace paper books for the following reasons:


That e-books could alter reading and understanding patterns among readers is not a very serious concern - either way, people are at least reading. In fact, people who read e-books seem to read more books than those who read paper books. Where digital technology seems to have had an adverse effect on reading patterns is when shallow browsing has replaced deep reading. Indeed, the advent of every new media of information and communication technology - radio, television, computer, Internet and social media - has been a threat to the reading habit at different levels. Part of this intrusion has been the usurping of concerted reading time by these addictive technological tools.

The word to watch in the above statement is "concerted". Reading requires an uninterrupted chunk of time during which what is read is analyzed and assimilated and any intrusion, however brief, into this time, can render the process futile. Researchers from the Central Connecticut State University tested the effects of instant messaging on reading comprehension; one group of students read and responded to instant messages (IMs) while reading an online textbook, another received an IM before reading, but not during, and the third group read the textbook without interruption. Students who were interrupted by IMs took significantly longer to read the passage and performed poorly on a test of their understanding compared to the other two groups.


The advent of social networking tools such as Twitter and Facebook has encouraged people to share and thus read short, to-the-point, thoughts. More importantly, it has fueled the need for instant gratification, something not possible while you are thinking Levin's winding thoughts in Anna Karenina. Little wonder then that the number of adults in the US, who have not read literature increased by more than 17 million between 1992 and 2002. The New York Times' series, "Your Brain on Computers," examined how digital devices impact reading and learning among children and youth. A youngster's statement that "On YouTube, 'you can get a whole story in six minutes,' rests the case!


Online reading has given rise to a new style of perusing, called "F-shaped pattern", wherein the eye scans an F-shape on a page to absorb the few main ideas of the article without fully engaging with any of them. Sven Birkerts, in his essay, "The Owl Has Flown", echoes Nicholas Carr's sentiments in Is Google Making Us Stupid? that internet browsing leads not only to a lack of depth in what is read, but a lack of depth of thinking as well. The parody on the Onion, may not be a parody after all.

Reading, especially entertainment reading, such as reading a novel, according to Sven Birkerts, involves an inward plunge into an imaginary world described in the novel. This inward plunge requires a considerable amount of leisure and attention span, which are essential to provide wings to the imagination. Researchers at Michigan State observed a global increase in blood flow to the brain when "paying attention to literary texts" (Mansfield Park, in this experiment), which "requires the coordination of multiple complex cognitive functions." Such focus activated various parts of the brain associated with touch, movement, and spatial orientation, in effect immersing the reader in the story. The Internet culture that is filled with competing stimuli causes the attention to flit between stimuli, thus limiting imagination and effectively killing it. Reading literary work has many levels and resonates with the reader through the use of language. The linguistic density associated with serious reading requires directed and uninterrupted concentration. Skimming-based reading fostered by the internet is addictive in that it makes directed reading a chore, thus effectively killing deep reading, and consequently, deep thought.


The verdict? While e-books and e-readers could be beneficial to reading in the long run, no other digital tool bodes well. That does not mean we retrograde into the past, after all, the past is always seen with rosy glasses. The digital era is here to stay, and it is best to find a balance such that it does not compromise on a skill set that is central to our intellectual identity.

Writing credit: Co-authored by Lakshmi, a Mobicip blogger and researcher who explores the eventful meeting point of technology, parenting, and education.

More:
monitoringParenting computerInternetSocial Media
Newsletter Sign Up
Raise the kind of person you'd like to know
Subscribe to our parenting newsletter.
Successfully Subscribed!
Realness delivered to your inbox