A couple of months ago, I received an interesting package in the mail. It looked like a standard manila envelope, but inside was a device that could quite possibly revolutionize the way we view the microscopic world. I'm referring to the Foldscope, an origami-based optical microscope that is small enough to fit inside your pocket. The real kicker: the entire cost of the instrument is less than one dollar.

The Foldscope has received some recent and well-deserved media attention (the lab's publication on this device recently made it in the top 20 papers in PLOS One for 2014) but I hadn't seen many videos on the Foldscope being put to the test in the field. It seemed like there was a lot of potential for this invention, but I wondered how it would fare on one of my expeditions through a jungle searching for unknown species. So I decided to assemble my miniature paper microscopes and travel to one of the most remote places in the world, the rainforest of the Peruvian Amazon, to give them a go.

Long story short, this device is amazing. During my time in the Amazon rainforest, I was able to investigate tiny insects, mites, fungi and plant cells from 140x to 480x magnification without requiring a large and expensive conventional microscope. 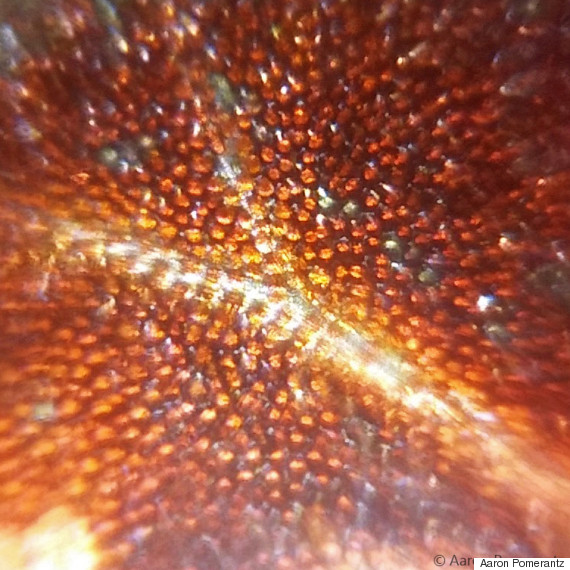 The cells from a flower petal recorded by connecting a cell phone to the Foldscope.

Some of the diverse arthropod specimens could potentially be new to science, so it was really exciting to document images and videos of these organisms right there in the field by connecting my phone to the Foldscope. 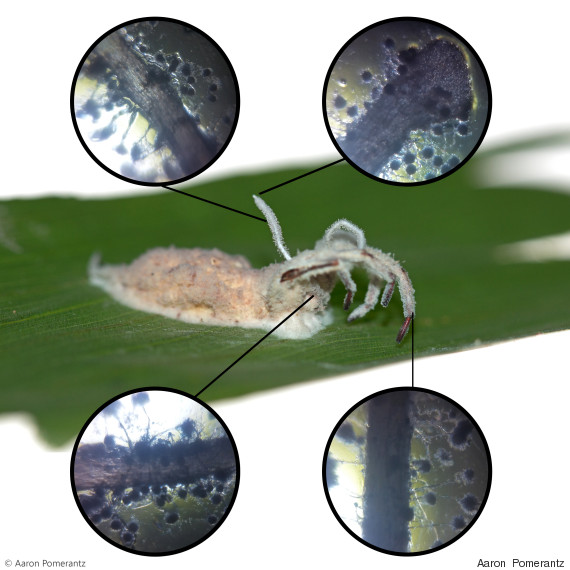 A spider infected by a parasitic fungus known as Cordyceps. The circles show regions of the fungus viewed under the Foldscope.

In the video, I investigate bizarre structures on a plant, which are known as leaf galls. These are sometimes created by insects, but they usually have to be taken back to a lab and inspected in detail under a microscope. Lucky for me, I had the Foldscope in the field! It turns out these were in fact due to insect larvae, which burrowed into the leaf and tweaked the chemistry of the plant to produce galls. Even with macro photography, I couldn't get much detail of the larva, but at 140x magnification under the Foldscope I was able to document the morphology of this unknown critter. 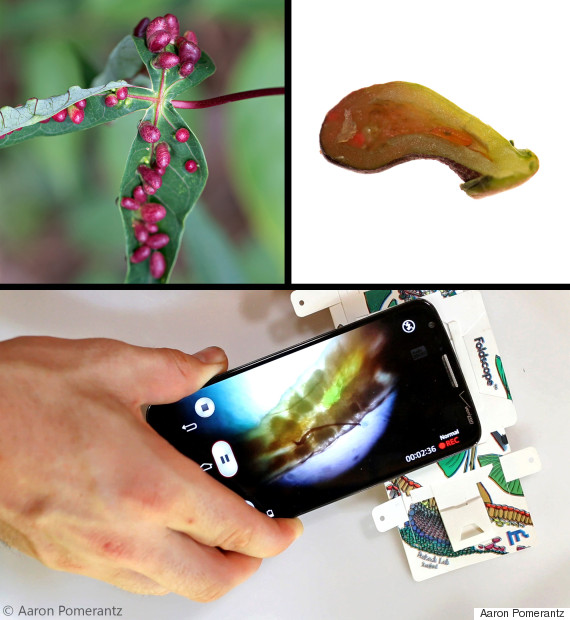 Top left, a leaf is covered in galls. Top right, a cross-section of a gall; notice the tiny insect larva living inside! Bottom, the larva was placed under the Foldscope and viewed on my cell phone. Pictures and videos were recorded in real-time out in the Amazon rainforest.

Suspecting that the galls were formed by some sort of wasp or fly, I later got in touch with a couple of Diptera (fly) experts, Morgan Jackson (@BioInFocus) and Dr. Stephen Gaimari, who helped identify the gall forming culprits as a possible species of fly belonging to the family Cecidomyiidae.

The research team, led by Dr. Manu Prakash, seeks to "democratize science" by developing tools that are able to scale up to match problems in global health and science education -- and I believe they are doing just that with the Foldscope. This device is cheap, easy to use and broadly applicable whether you're a curious young student, a medical professional in the field or someone who is interested in the numerous tiny things that surround us. Until now, I've never had a device that made viewing and sharing the microcosmos so accessible. 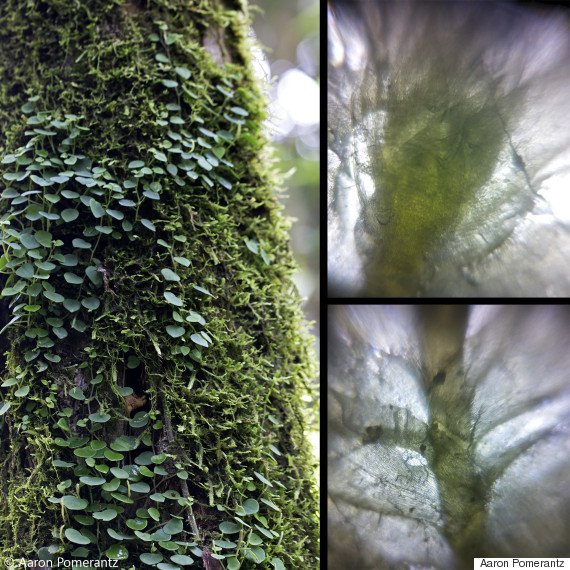 A closer look at the moss covering a tree in the tropical rainforest. 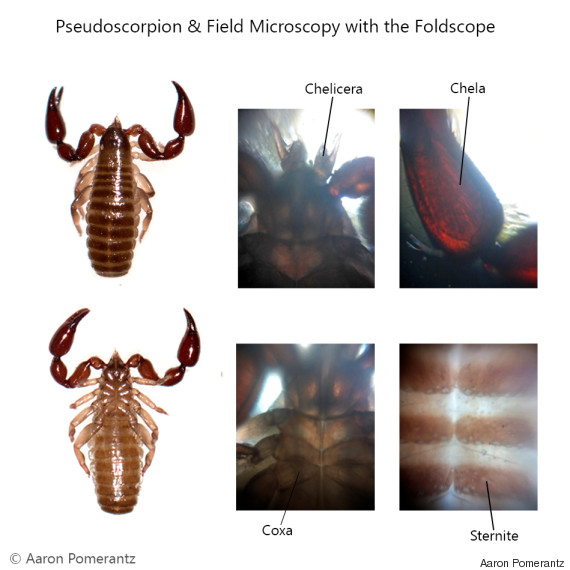 Morphology of a neotropical pseudoscorpion -- all images were taken in the field with the Foldscope!

The Prakash lab will be starting with phase 2 of the project shortly, which will involve much larger production runs. So if you want your own Foldscope, be sure to check out their application process through www.foldscope.com! 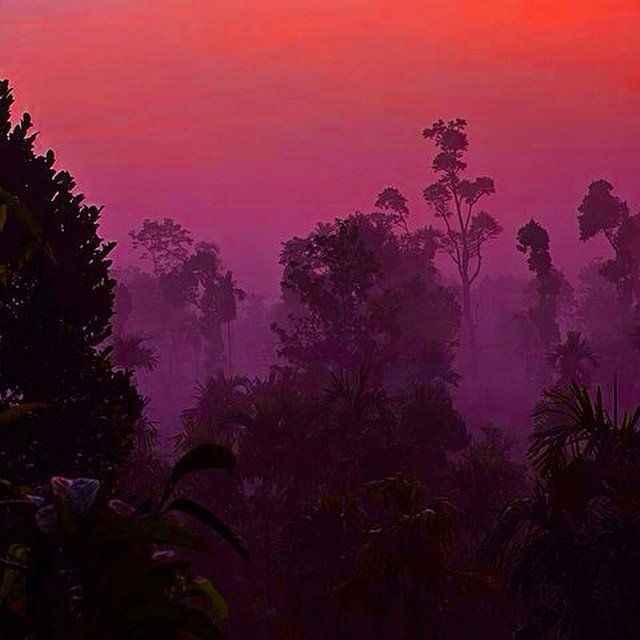