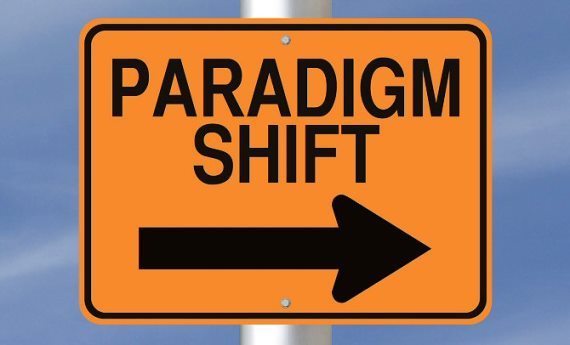 The recent comments by President Barack Obama regarding "Blacks should stop complaining" is certainly a concern of African Americans. As a community of about 30 million African Americans the current dilemma that we face is a serious concern, but we need to be operating out of our circle of influence instead of concern.

As a nation we would rank in the top educated people in the world, and that along with our wealth should be generating much more success in America. The principle of Kwanzaa (Unity, Faith, Cooperative Economics, Self-Determination, Collective Responsibility, Purpose, Creativity) are sound principles, which I believe could offer some relief to our current state of affairs.

The Jewish Community has a saying that "All study is good, but study should lead to action for action is higher than study. It is also said that "All politics is local," so with that being said are we fully engaged in our local communities across America? Marcus Garvey said that our lives are short and to live life without planning is to live life as if it is not a serious thing.

How many of us have a plan for our lives 50 years in advance? Does our community have institutions that are currently embarking on a long-term plan that is action based with short term, medium term, and long-term goals? A paradigm shift is necessary if we are to begin to garner different results, as the saying goes "It is insanity to continue to think the same thoughts and expect different behaviors.

Every African American must stand up and say I count, then become involved in the social, political, and economic sphere of influence on a local, regional, national, and international level.

As a people we must go back into our memory and exercise our collective unconsciousness, for President Obama has some relevancy in his speech because we have overcome a tremendous amount of adversity over the last couple of hundred years.

One of the Roberts Brothers (Wealthy Millionaires) makes an important point in his book "Action has no Season." We each have 24 hours in a day. If we take more action in our 24 hours in a day we can be more successful. If you fully invested in your sphere of influence, you should be giving 100 percent in social, political and economic empowerment.

Our community would be improved overnight if we doubled and tripled our effort in the area of the principles of Kwanzaa (Unity, Faith, Cooperative Economics, Self-Determination, Collective Responsibility, Purpose, Creativity). The seven principles offer a solution to our dilemma, but they must become rituals (Ritual Give Meaning to Life).

I would like to thank the Publisher of Community Journal Newspaper Larry Montgomery for taking this national issue and giving it a local presence, for this is an example of Collective Working & Responsibility. As a result of Mr. Montgomery taking action, I was inspired to give my own commentary on the comments of President Barack Obama.

Someone once said, "What first appears in the race must first appear in the individual," so if that has some merit if we get together and form think tanks & action tanks (emphasis taking thoughts and turning them into action) there are answers already inside of us to solve many of our most complex and longstanding problems.

Steven Covey in his book "The Eighth Habit from Effectiveness to Greatness" speaks of finding your voice and inspiring others to find their voice. President Obama has found his voice, but we each must find our own voice by making a difference in the world. After all, our Black National Anthem offers a very significant clue "Lift Every Voice & Sing."

Literally, I agree with Cornell West that the literal meaning is that we operate from a point of excellence whether we are teachers, lawyers, doctors, politicians, business persons, leaders, etc. One final thought, I was exposed to a great comment by millionaire Joe Dudley of Dudley Products and was fortunate to meet him personally in my early youth, and here is a statement from him: "When we look beneath the evil, then we will be able to see all the golden grains of good, and we will be able to love each other and be understood." Harambee - "Let's All Pull Together."

Phil Andrews is a former franchise owner of The Haircut Hut Barbershop Franchise and current owner of PA Public Relations Company. In addition, he has been involved the area of community leadership and economic development for well over 20 years in the NYC metropolitan area.

Phil Andrews has been featured on WABC Here and Now. Mr. Andrews also serves on the advisory committee of the New York Black Expo.