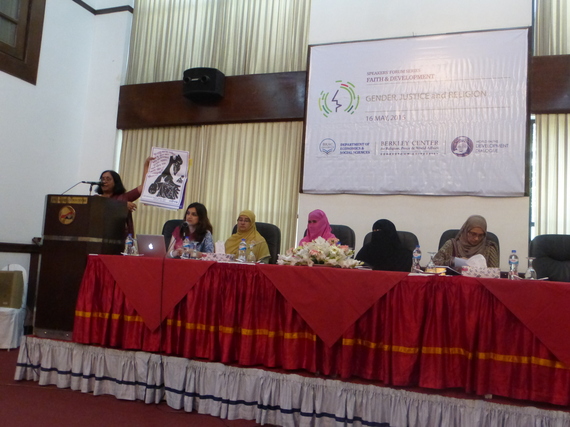 Perpetually snarled traffic in Dhaka, Bangladesh's capital, symbolizes the vibrant spirit of this nation of 160 million but also the host of difficult problems it confronts. Bangladesh is in the cross-hairs of changing climate (since most of the country is near sea level). The earthquakes in neighboring Nepal were felt in Bangladesh, a reminder of high disaster risks. A highly complex and acrimonious political scene dominates issues about state roles. The lively press points out a host of contradictions, between actively contested elections and political tension and stalemate, a rich cultural and ethical heritage and high levels of corruption, and enviable growth rates and still deep poverty.

Bangladesh, with a tenth of the world's Muslim population, has long prided itself on religious tolerance and Muslim, Hindu, Buddhist, and Christian communities living together in harmony. But in the first three months of 2015 three bloggers who contested religious extremism were brutally hacked to death with machetes, one in broad daylight, by, who knows? The attackers have yet to be brought to justice. The incidents point to the complexity of the religious landscape and fears that Bangladeshi traditions of tolerance are threatened by growing fundamentalism intolerant of traditional Islam and of modernizing trends.

Another paradox is Bangladeshi women's notable progress and sharp contestation today around basic women's rights. Progress is most visible in rapid increases in girls' education and in a dynamic garment industry where 80 percent of workers are women. Women are political leaders, professors, artists, doctors, etc. They are fearless leaders of a host of feminist organizations. But at the family level and in social norms women are often subordinate and, if anything, observers see a rise in traditional behaviors, most marked in women's dress as the hijab and niqab are increasingly common. Challenges to women's full equality are often framed in religious terms, and it is the more fundamentalist elements of religious leadership and media that fuel debates, in homes, in newspapers, and in practical matters like divorce.

In Bangladesh, as in many countries, feminist movements have tended to be distinctly secular. What this means in practice is first that many women's groups were outright suspicious of religious institutions, seeing them as patriarchal and at best lukewarm about women's equality. Second, many have tended to ally themselves with political and civil society groups that argue for global norms like universal human rights and for "neutral" approaches to religious parties. But in many places, Bangladesh among them, women's groups are recognizing the deeply seated roles of religious beliefs for women and the need to come to terms with the reality that religion is a vital part of the social, political, economic, and ideological scene, especially for women.

On May 16 these issues were front and center at a Forum in Dhaka organized by BRAC University, the Georgetown University Berkley Center for Religion, Peace, and World Affairs, and the World Faiths Development Dialogue. Our objective, frankly, was to take uneasy debates about women's equality out of the shadowlands. Keen observers of the Bangladesh scene argue that dialogue about tough issues, critical to moving forward, is difficult given the contested political arena and weak consensus on some fundamental issues. An example is what it means for Bangladesh to be, as the founding constitution defined, a secular state but at the same time an Islamic state and one that has prided itself for its pluralist history and ethos.

Among many lively voices shaping the discussion Saturday was Zaina Anwar, Malaysian activist who founded Sisters in Islam. She is a pioneer in reckoning with religion's importance in working for gender equality. A forceful, gutsy woman, she spoke passionately to an understanding of the Qu'ran that is absolutely consistent with the universal human right that makes it clear that all people are equal in the eyes of God (and the law). Her path takes her often to the courts as a source of protection and progress. Different voices at the Forum supported this view of an essential compatibility between human rights and religious principles and called again and again for better understanding of both religious and secular viewpoints.

The liveliest and to my mind most potentially constructive exchanges turn around practical issues. Divorce and especially post divorce maintenance raise countless issues both about what equality means in practice and how interpretations of gender justice affect what is essential about families, as well as family ideals. A long-standing Bangladeshi program to work with imams and, more recently, with imam's wives appears to have opened discussion in many communities about domestic violence, rape, human trafficking, and the roles of women-headed households. The exchanges, with issues of women's dress also in play, highlight the remarkably central role of women's bodies in discussions of both human rights, secularism, and religious freedom.

These issues evoke strong and personal reactions. They force a thoughtful reflection that goes beyond the question of whether equality is good and proper (there in theory everyone says they agree) to knottier questions about how to translate principles into action and how to maintain forward progress in turbulent times. 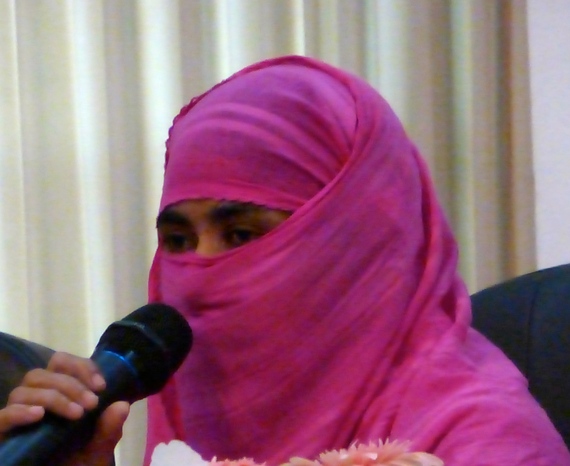