Alright, Hawaii, let's just cool it with the never-ending bucket list of awesomesauce.

How is anyone supposed to get to it all? Between the awe-inspiring scenery, the life-changing hikes and the ridiculously fun natural phenomena, we barely have enough time to shovel some poke down our gullets and pause for the sunset's green flash.

And now you're throwing paragliding at us?

We were skeptical to say the least... until we saw Jorge Atramiz's photos.

Atramiz describes the experience of paragliding as "appreciating the planet on a different scale." You're in a comfy chair, he told The Huffington Post, "getting lost amongst streets of clouds while listening to a breezy soundtrack." Meanwhile, he manages to take amazing photos like the below while he flies, telling the adventure blog Unreal Hawaii that he has to be prepared to drop the camera and take the controls at a moment's notice if the winds change.

"Paragliding," he told HuffPost, "lets you play and fall in love with gravity."

We're not sure we're up for that level of multi-tasking, but a tandem session that allows us to take in Hawaii's majesty from this bird's eye perspective? We could definitely fall in love with that. 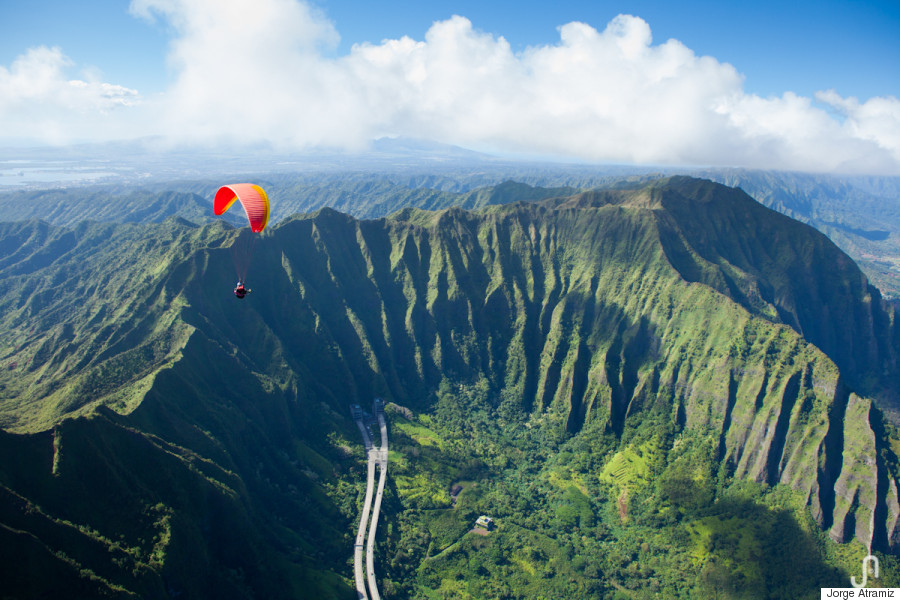 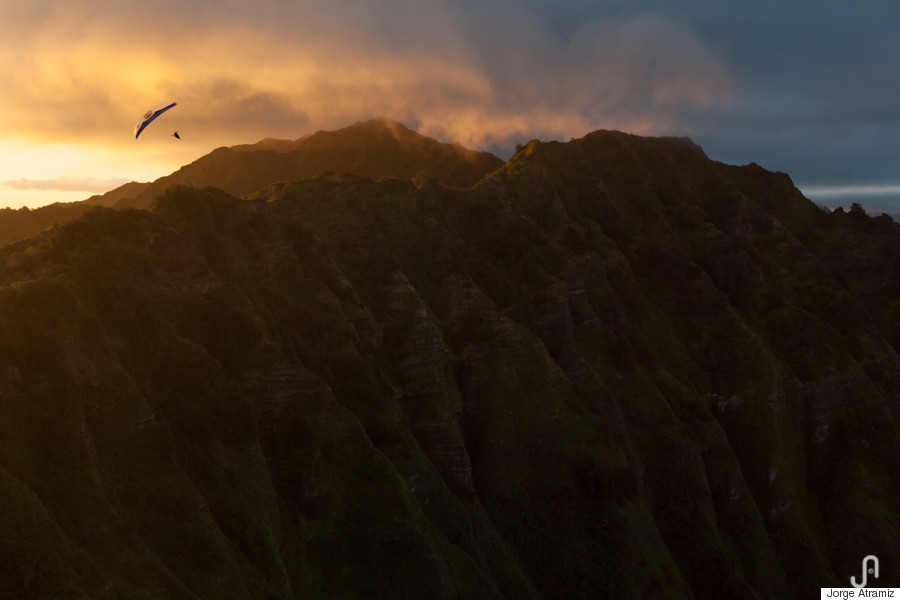 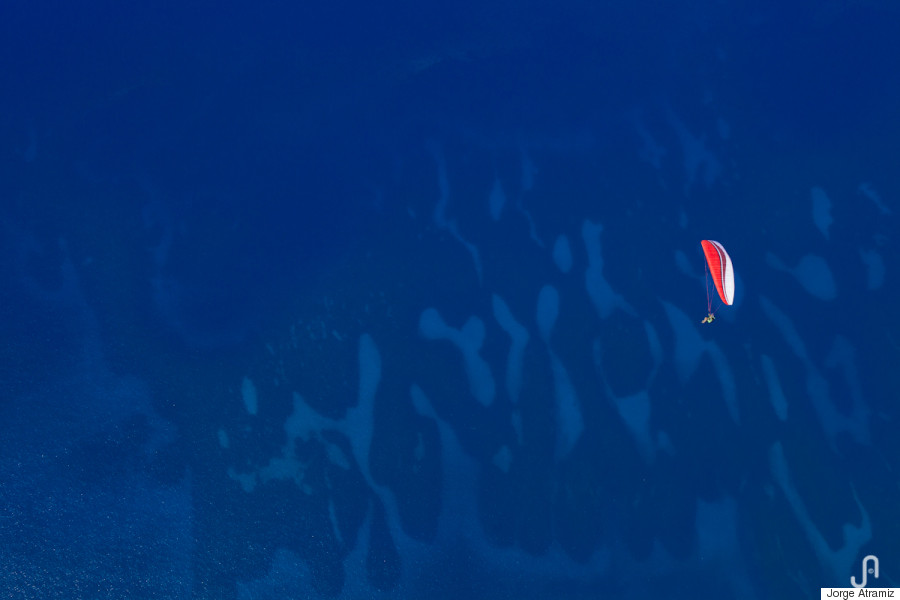 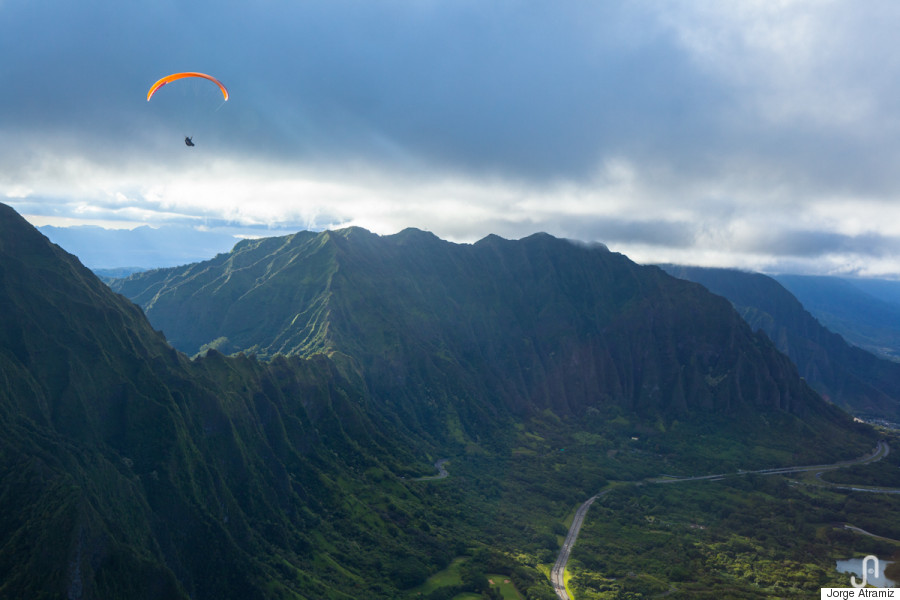 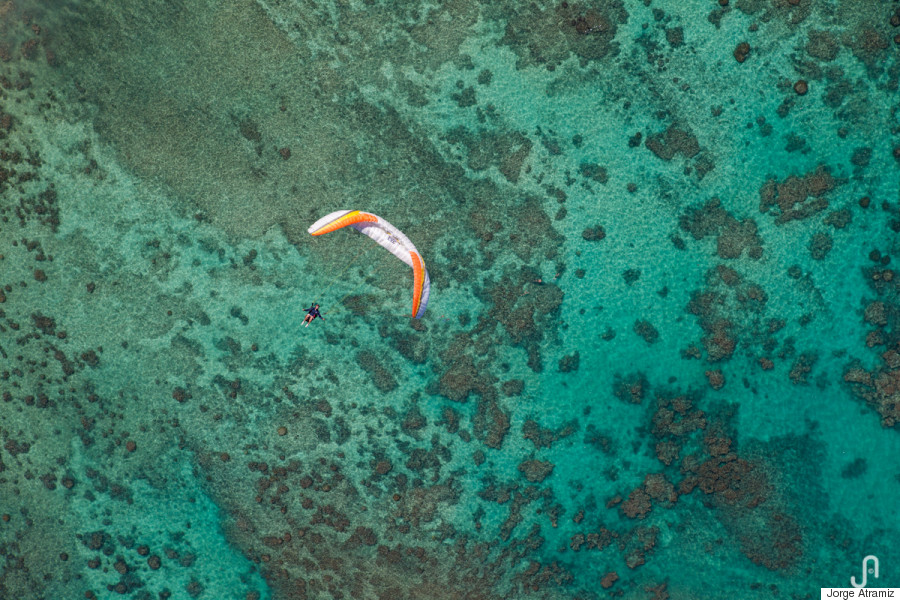 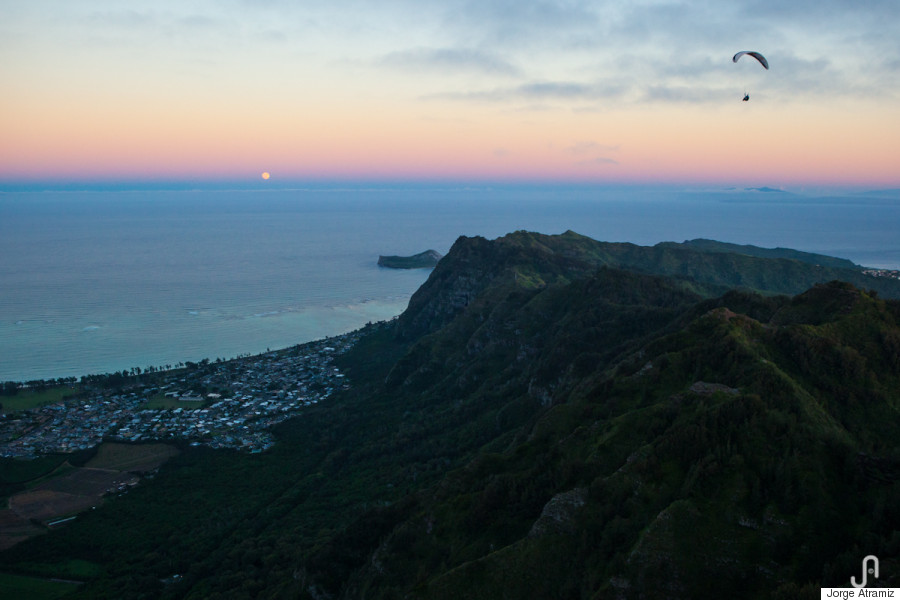 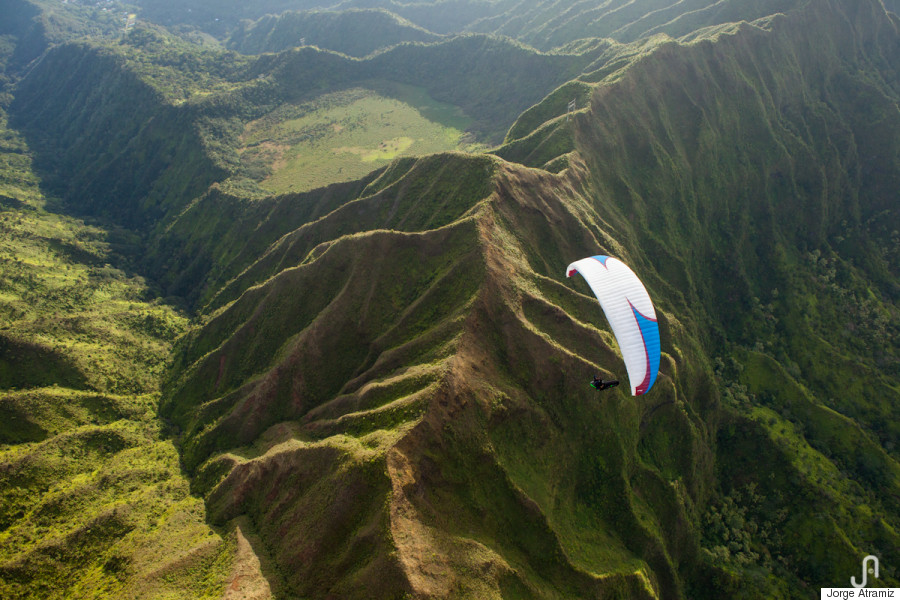 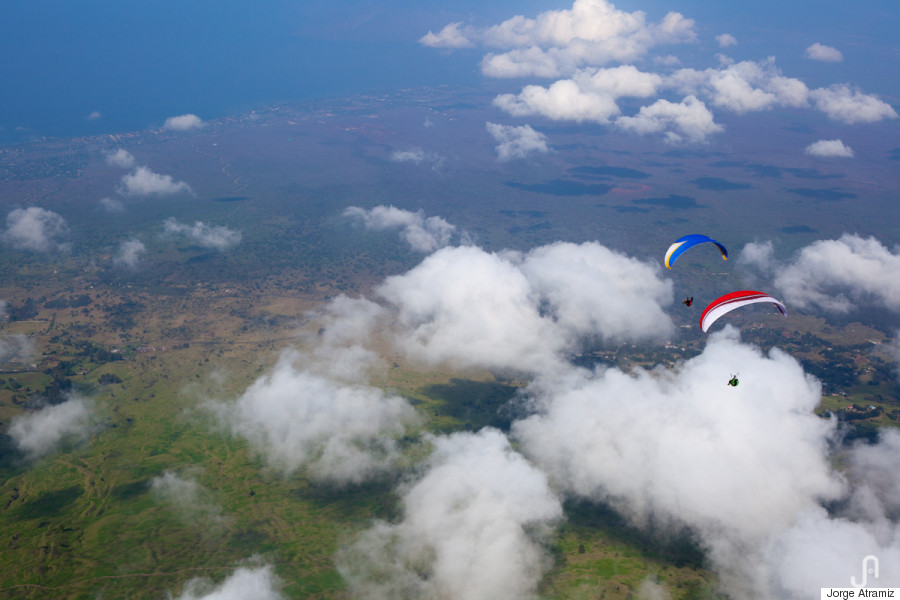 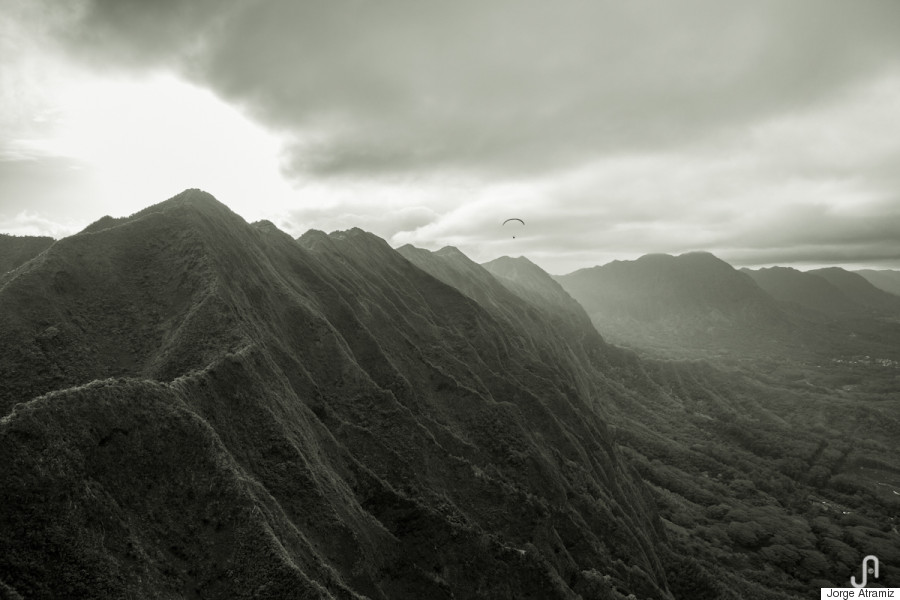 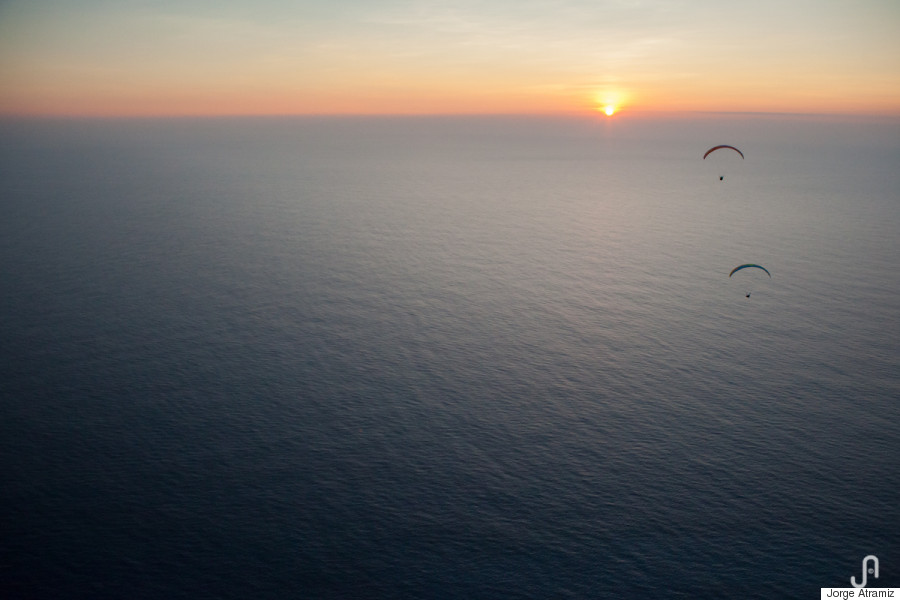