Paramjeet Singh Saini, husband, father of four, and UK resident, was arrested in December of last year while on holiday in Portugal. Presently, Saini continues to be incarcerated in Portugal under the suspicion of being involved in the political assassination of the Rashtriya Sikh Sangat (an affiliate of the right-wing Hindu nationalist group Rashtriya Swayamsevak Sangh) President Rulda Singh in India, 2009 (Sikh24, 2016). His arrest came as a result of a red notice alert put out through Interpol and the Indian authorities are demanding his extradition to India.

Several issues arise as one examines this case and the Indian Government's intentions. First it should be noted that over the years Paramjeet's immediate family have fallen victim to brutal harassment by the Indian State. His parents were physically tortured by the Punjab Police, and his elder brother was tortured while in custody and murdered in a case which remains unsolved (Sikh Press Association, 2015). Subsequently, because of this persecution by the Indian State, Paramjeet Singh and his family were granted asylum in the UK in 2000.

As a refugee given asylum, Paramjeet and his family are allowed not only indefinite stay in the UK but also to travel freely within Europe. Additionally, because of his refugee status and asylum, any red notices placed on Paramjeet through Interpol should have been removed (Portugal Press, 2016). These burning questions remain: Why was there a red notice on Paramjeet Singh if he was granted asylum in the UK? Why was Paramjeet Singh arrested if he is allowed to travel freely with his family in Europe?

Furthermore, in 2009-2010, investigations were carried out by both the Indian and British authorities in relation to the political assassination; both investigations cleared Paramjeet of any wrongdoing (Algarve Daily News, 2015).

Despite these obvious human rights violations, Paramjeet has been kept incarcerated by the Portuguese authorities and his fate lies in their hands. The Indian authorities overseeing this case have been given ample time to present their case for his extradition and the Portuguese authorities will be giving their decision on February 15, 2016. If extradited, Paramjeet not only faces possible torture and inhumane treatment but up to 25 years imprisonment.

Paramjeet's wife, Pinky Kaur, expresses, "It was really distressing to see Paramjeet taken away without knowing what was happening to him. We know that if he gets taken to India we will never see him again" (Express and Star, 2015).

"This situation has caused a lot of concern to me and many others across the British parliament. It has also become a major issue within the very large Sikh community who live in the UK. It is difficult to attain indefinite leave to remain in the UK and it would not have been granted to Mr. Saini unless there were genuine and serious concerns about how Mr. Saini may be treated by the authorities, if he were to return to India. Significantly, the case raises serious concerns about the rights of those who have been granted asylum and the extent to which they are able to travel within the European Union" (Portugal Press, 2016).

Sikh Federation UK (SFUK), a prominent Sikh organization based in the UK, stated:

"What will become clear in the coming days and weeks is, will Interpol, the Portuguese and British establishment respect human rights, and stand up to the corrupt Indian authorities that clearly do not respect the human rights of minorities?" (Portugal Press, 2016). 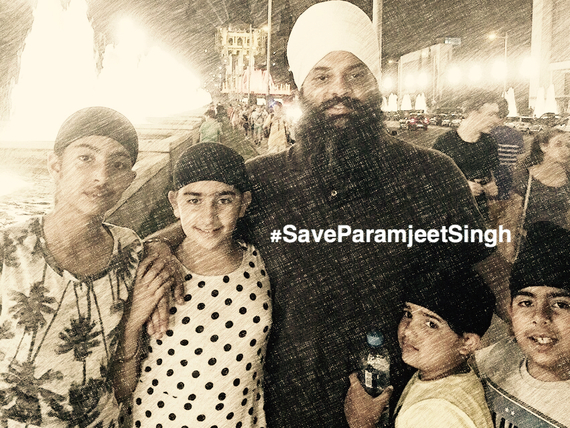 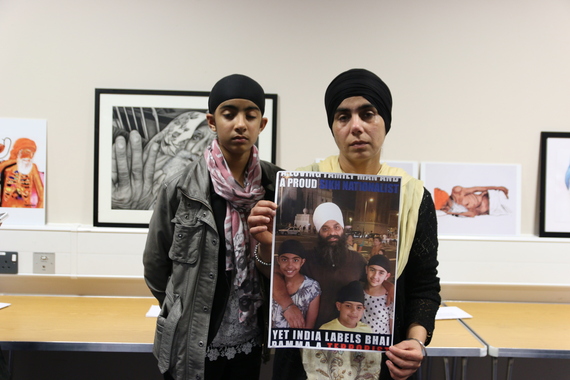 On February 12, 2016 the Portuguese authorities rendered their decision and ruled against India's attempt to extradite Paramjeet Singh Saini. Mr. Saini was released after serving eight weeks in Beja Jail in Portugal and allowed to return to his home in the UK.

Portugal's Justice Ministry Francisca Van Dunem stated "a large part of the facts on which extradition is requested occurred in India at a time when refugee status had already been attributed by the United Kingdom" (Portugal Press, 2016). The statement also expressed the need to adhere to legal standards and prevent Paramjeet Singh from being sent back to India where he could face inhumane treatment and persecution.

Mr. Saini said, "I would like to say thank you to all of the people who stood up for me, all of the MPs, politicians and all of the communities. Please continue to stand against injustice wherever it happens in the world. I will continue to remain an activist and a Sikh nationalist." He also added, "If India wishes to continue to accuse me of these crimes I am not absconding. I remain here in the UK" (Sikh Press Association, 2016).