If legends and even many eyewitness accounts are to be believed, since ancient times we have shared our planet with various "man-beasts" - monsters that are more or less in our image. While monsters are often consigned to ancient legend and literary fiction, many are held to be in some sense real. Such paranormal beings (those beyond the normal range of science and human experience) include supernatural ones, such as the werewolf, as well as others (like the Yowie, Australia's version of Bigfoot) that, if they indeed exist, could be perfectly natural creatures. These are those embraced by cryptozoology, the study of unknown or "hidden" creatures (i.e., cryptids).

I have been studying these and other reputed paranormalities for 40 years. By 1995 I had become, apparently, the world's only full-time professional paranormal investigator. I have studied mythological, folkloric, and literary monsters; traveled to remote regions in search of legendary creatures; sought vampire graves in Vermont; visited carnival midways to meet human "monsters," look behind the scenes at exhibited spiderwomen and the like, and witness the transformation of a lovely girl into a wild gorilla; took part in a nighttime expedition with Bigfoot hunters; and explored the Pacific Bigfoot country.

In the slides that follow, as well as in my new book "Tracking the Man-Beasts," we set out to track the man-beasts - to separate fact from fancy. 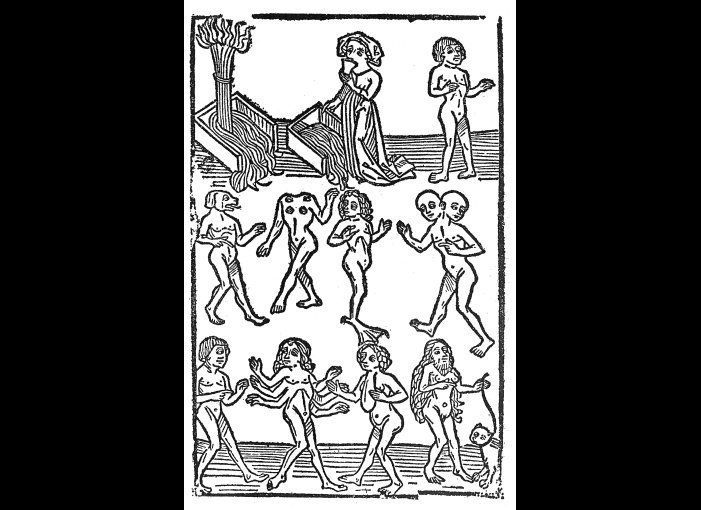 1 / 9
Thought to presage disasters or to be evidence of divine judgment, human "monsters" (monstrosities) are depicted in this woodcut of 1499.
Joe Nickell