So just how dry is California? According to tree ring data from the University of California at Berkeley, in some parts of the state, it hasn't been this drought-stricken since the year 1580.

Join Earth Dr Reese Halter from the shores of Los Angeles for another segment of SOS as he explains the honey drought and its global implications. 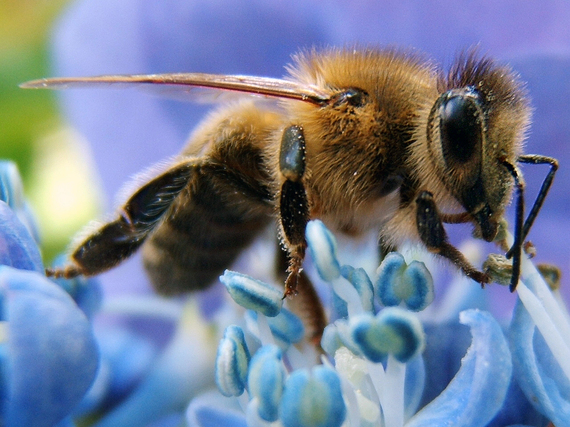 From a very young age, the worker honeybee has a phenomenal ability to muli-task. Throughout her life - of less than 60 days - she may perform as many as 20 tasks. Photo credit: wikipedia.org


So what's going on?

The lack of rainfall over the last three years has caused all plants to reduce the number of flowers they grow or refrain from growing any flowers whatsoever. 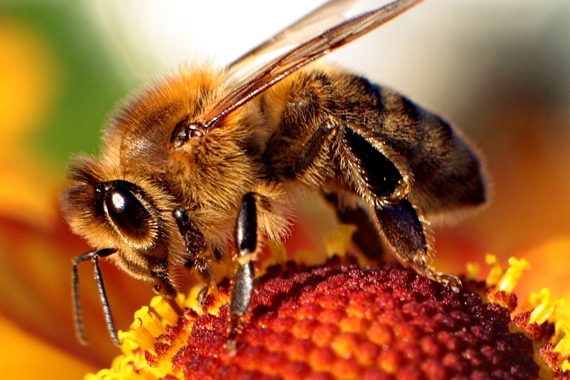 It takes between 132 and 176 pounds of honey to maintain a hive for one year. This translates into four million trips for nectar by foraging honeybees. Photo credit: wikipedia.org


Across the Pacific, extreme heatwaves and repeated sub-continental drought has left Australia's honey supply at an all-time low.

In fact, Australia's honeybees had to contend with another crisis this past summer as climate disruption had their colonies operating in an emergency mode. Bees store their honey in honey comb cells made of beeswax, which melted because daytime temps regularly exceeded 95 degrees (F). 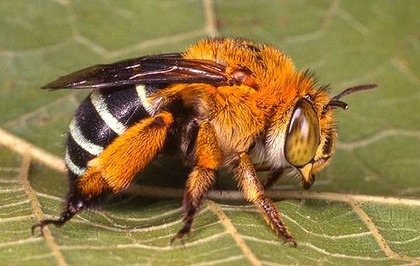 There are over 1,600 native bees on the Australian continent and many of them are stingless. Photo credit: watoday.com.au


Instead of searching far and wide for flowers to harvest nectar to turn into honey or collect protein-rich pollen to feed their larvae or performing their role as pollinators, the Australian honeybees spent the lion's share of each day of last summer searching exclusively for fresh water to cool down their hives. 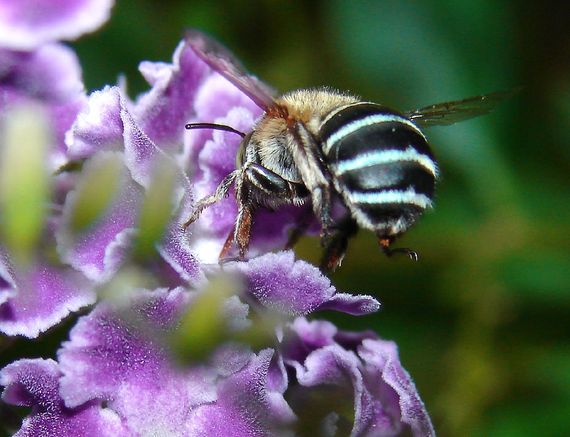 The Australian blue banded bee performs buzz pollination or sonification. The bee grabs hold of a flower and curls up her abdomen to form a C shape. Closing her wings over her thorax, or midsection, the bees shivers her strong flight muscles to create a sonic vibration. This robust vibration shakes the flower and, importantly, the male anthers, where the pollen is stored. A copious amount of pollen dislodges from the anthers and coats the bee by means of the electrostatic attraction. The bee then grooms and moves on to continue foraging; invariably, pollen reaches the female stigma of another flower. Pollination accomplished! Photo credit: wikipedia.org


It's not just honey that's at stake here.

Bees are of vital importance because they pollinate most of the food we eat. Since 2006, 500 billion honeybees or about one in every three bees has died.

Researchers from Harvard University and elsewhere have shown that, in combination with climate disruption, about 1,000 insecticides from a class called neonicotinoids (neonics) are causing bees to die faster than ever before. 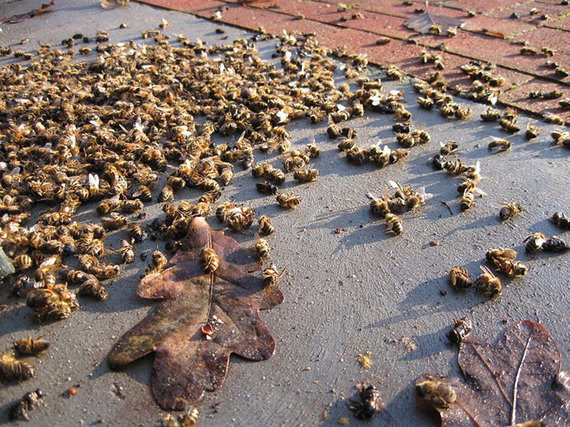 Foragers bees normally work themselves to death, as after 497 miles their bodies simply stop functioning. Sadly, when you see many bees dead en masse, like this example, it is most likely due to man-made poisons. Photo credit: huffingtonpost.com


Climate disruption is a citizen's issue. The lawmakers have paid feeble lip service to reducing heat-trapping, greenhouse gasses from burning fossil fuels. Instead, around the globe, lawmakers knowingly choose to subsidize Big Oil, Gas and Coal by $1.9 trillion, annually. Meanwhile, wild forests on every forested continent are dying from extreme heat and water stresses. Bees are dying because their food sources are drying up. Without bees or trees, humans cannot survive on planet Earth. 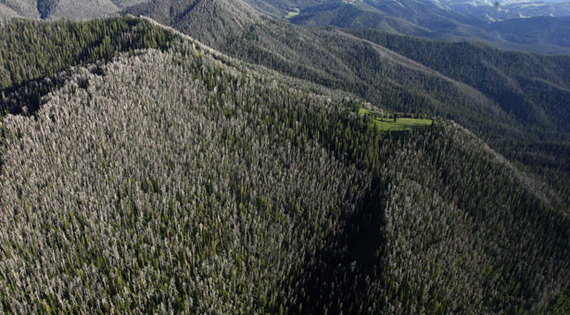 Over 30 billion mature pine trees have perished across Western North America over the past 15 years. Rising temperatures have enabled trillions of indigenous bark beetles to feed and breed in the largest epidemic ever recorded. Photo credit: usatoday.com


It's time for all of us to lend a helping hand and begin future-proofing our cities and towns in the face of massive water shortages and more predicted droughts and extreme heatwaves. 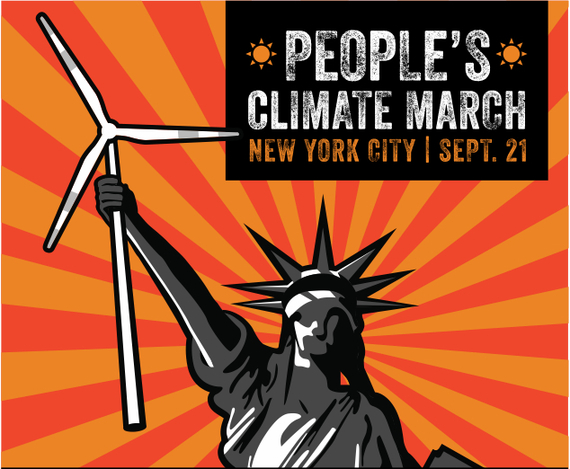 Join the People's Climate March on Sunday, September 21 in New York City and together our voices will be heard!

Earth Dr Reese Halter's upcoming book is "Shepherding the Sea: The Race to Save Our Oceans."