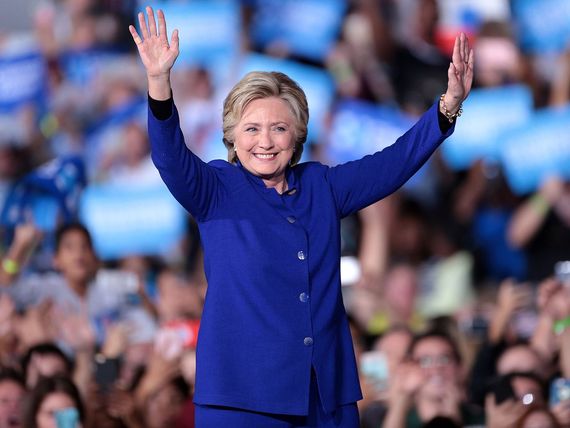 The issue of whether Hillary Clinton mishandled classified information during her tenure as Secretary of State was a recurring theme in the 2016 U.S. Presidential election. Her defenders, including U.S. President Barack Obama, contended that no harm to the U.S. had resulted from her actions and that the FBI had exonerated Clinton when FBI Director James Comey announced on July 5, 2016, that they were ending their probe of Clinton's email practices and not recommending her prosecution.

Since the standard of culpability regarding the mishandling of classified information is so broad and does not require intent, Clinton's critics were quick to argue that the Obama Administration had covered up her misdeeds. Adding fuel to these claims was the fact that Bill Clinton had spoken to Attorney General Loretta Lynch, in what was supposed to be a secret meeting, on a tarmac in Phoenix on June 27.

During the campaign, Republican nominee Donald Trump continued to charge that Clinton's misdeeds had been covered up-usually to chants from his supporters of "lock her up." James Comey's letter to Congress on October 28, just 11 days before the election, that they were reopening the investigation because of the discovery of 650,000 emails from an unrelated investigation, and the subsequent announcement on November 6, that the FBI's review of those email had not "altered their previous conclusion," was criticized by Clinton's supporters as an unprecedented interference by the FBI in an election and was blamed for Clinton's subsequent loss.

The issue of a pardon didn't specifically come up during the election, although it was always hanging in the background. At the Alfred E. Smith Memorial Dinner in New York on October 20, Donald Trump joked that Hillary Clinton had accidently bumped into him and said pardon me, to which Trump claimed he replied. "I'll think about it." It was widely speculated, however, that regardless of the outcome, President Obama would pardon Clinton to protect her from Congressional investigations or Justice Department prosecution.

American presidents have broad powers under Article 2 Section 2 of the Constitution to issue pardons. The Supreme Court has ruled that these powers are far ranging and include commutation of sentences and restoration of fines and forfeitures. Around 20,000 presidential pardons were issued in the 20th century. Franklin Delano Roosevelt is the all-time leader, with 3,687 pardons over a 12-year period. By comparison George H. W. Bush pardoned 75 individuals, Bill Clinton issued 456 pardons, including 140 on his last day in office, which included one for fugitive financier Mark Rich. George W. Bush issued 176 pardons. To date Barack Obama has issued less than a hundred pardons, although more are presumably coming before he leaves office.

Pardoning Hillary Clinton poses both political and legal issues for either president, both current and incoming. Further investigations of Hillary Clinton by a Republican Congress, and what will soon be a Republican Justice Department, will become little more than a proxy for refighting the 2016 election. Such actions would be divisive and only serve to continue the bitter divisions and rhetoric that characterized the election. On the other hand, the fact that other people who have mishandled classified information, in most cases involving a fraction of the instances of Hillary Clinton's mishandling, have been severely punished, only adds to the charges that the Clinton's play by a separate set of rules and are treated as being above the law.

From a legal standpoint, the president has broad authority to pardon Hillary Clinton even though she has not been formally charged with any crime. Gerald Ford famously pardoned Richard Nixon after he resigned although no formal charges had yet been brought against him and Congress had not yet voted to impeach him. Moreover, there is precedent for not only pardoning Hillary Clinton, but also all of those in her retinue who could be similarly charged. George H.W. Bush pardoned 6 people who had been implicated in the Iran-Contra case. 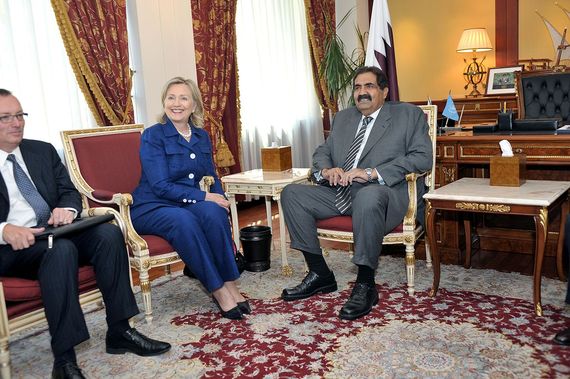 The real problem is the Clinton Foundation. The Foundation is under investigation by the FBI. Congressional inquiries on the function of the foundation, and whether it engaged in so called "pay-to-play" transactions in which donors to the foundation received preferential access to Hillary Clinton's state Department, are pending.

The issue of Hillary Clinton's possible culpability can't be settled by a presidential pardon unless there is also a resolution of the future status of the Clinton Foundation. Presidents can issue pardons for past misdeed, proven or alleged, but they cannot issue a "Get Out of Jail Free Card" for future misdeeds. Given that the operations of the Clinton Foundation have been so controversial, it's hard to see how the Foundation can go on under Clinton stewardship and control.

A blanket deal where the President, whomever that is, issues a broad pardon not only to the Clintons but all their associates in return for shutting down the Clinton Foundation would probably be acceptable to the Clinton's critics, even if that pardon means that Hillary Clinton avoids further prosecution. The funds in the foundation would be forfeited to the government as part of an overall pardon deal. Whether the Clinton's would agree to such an arrangement is unknown. But that is probably the only way to resolve this issue definitively.

Barring a deal the Clinton's will just fade away into obscurity, sort of, and continue to fight a protracted rear-guard action against the inevitable investigations that will come from Capitol Hill and the Trump Justice Department. The Clinton's are fighters and they will defend the Foundation and its ill-gotten wealth to the bitter end. In the meantime, the Clintons can still make money preaching to the liberal choir, although Bill Clinton can probably forget those million-dollar speaking fees for his musings about the state of the world.

With Hillary Clinton out of office and no prospects of ever having another one (notwithstanding rumors that Hillary may run for mayor of New York), the Clinton Foundation can forget about receiving any more fat foreign donations. The problem with qui pro quos is that you need a quid to deliver a pro. None is available now, at least not till Chelsea Clinton runs for Congress. Sorry America, the Clintons are not finished with you yet. Maybe the next generation of Clintons will be better than the last-they certainly can't be any worse.