Thank you to the show Parenthood for your portrayal of someone becoming a medical marijuana patient.

During the Thanksgiving holiday, my procrastination on home projects led me to getting caught up on the fall season of a few shows, including NBC's Parenthood. I was moved to watch the main characters Kristina and Adam Braverman and their family struggling with her cancer and all that the disease brings. At my patients' advocacy organization, Americans for Safe Access (ASA), we see thousands of our members and families embark on a similar struggle. The story of Kristina Braverman's cancer spills into several story lines as the family experiences the news in their own ways. 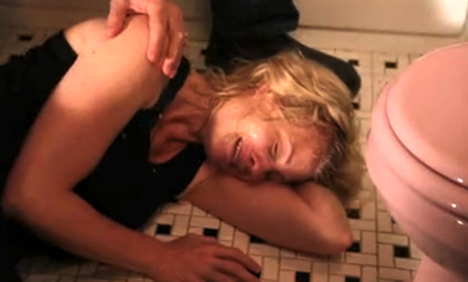 In the episode "One More Weekend with You," aired November 20, Kristina Braverman's character, played by Monica Potter, tries to stay strong for her family, but becomes violently ill after receiving chemotherapy. Her husband Adam, played by Peter Krause, finds her on the bathroom floor and panics. He cleans her up and then packs all the kids into the car to visit his musician-producer brother, the first person he could think of who might have marijuana. His brother produces some from his sock drawer and warns that it was not the same pot from when they were kids, it was "genetically engineered" (a common misunderstanding of the decades of modern breeding of the plant for human consumption).

In the next scene Kristina Braverman's character is laying in bed smoking a joint. She is visibly better. She says it is strong and puts it out, saying "Save that for later." Her husband asked if it helped, and he is visibly relieved to see her smile. She acknowledges the relief she's found from marijuana, and says her husband will need to get "a lot more." She settles back into her pillow and finally sleeps.

This episode reflects a situation that thousands of cancer patients and their caregivers are experiencing, but not always with the same ending. As a medical cannabis advocate I see this story play out in many ways. Many caregivers don't have a pot-smoking brother and instead find themselves asking for marijuana from friends, family members or even their children. Over the past decades I have heard heartbreaking stories of people having no idea where to look and who to ask for this medicine.

These experiences and these questions are what voters and legislators are trying to answer by passing laws in 18 states and the District of Columbia. These laws don't make marijuana medicine -- cannabis is a plant that has been used medicinally for thousands of years. The laws are an attempt to reconcile the legal system with the reality of sick patients seeking effective medicine. For patients and government officials in medical cannabis states, it is now federal law that is creating the most significant hurdle.

As 2012 comes to a close, there is a focus on what the government can accomplish in the coming years. As Americans become more aware of the struggles patients must go through in order to find relief, it is time for the federal government to bridge the gap, with science and overwhelming public support on one side and our current, harmful federal policy on medical cannabis. Instead of denying there is any medical use for cannabis, trying to dismantle state programs that are creating access, and throwing providers like Montanan Chris Williams in jail for life, the federal government should be figuring out how to get doctors to recommend this treatment before their patients end up on the bathroom floor.

This is not the first time we have seen medical cannabis as a sideline topic on television or in the movies and it won't be the last. The arts tell the stories of our society, and with one million legal medical cannabis patients and over one hundred million Americans living in states with medical marijuana laws, there are many stories to tell.

I've told my own story of becoming a medical cannabis patient and struggling with a lack of safe access to medicine in Washington D.C., most recently to the Washington Post. If you are a medical cannabis patient or caregiver, I invite you to tell your story in the comments, and to bravely tell your story to your friends, family, and to your local, state and federal representatives. Another way to get the word out is by joining Americans for Safe Access in our effort to change public health laws across the country.

Join me as well in thanking the writer of the Parenthood episode that dealt with medical cannabis, Monica Henderson, for her thoughtful portrayal of this difficult experience. We will encourage Hollywood to tell more of these stories. Cancer is not going away, and neither is cannabis. What we can change is the federal government's lack of compassion, and telling our stories is one way to do that.

Steph Sherer, Founder of Americans for Safe Access, and Director of Innovations at the International Cannabis and Cannabinoid Institute