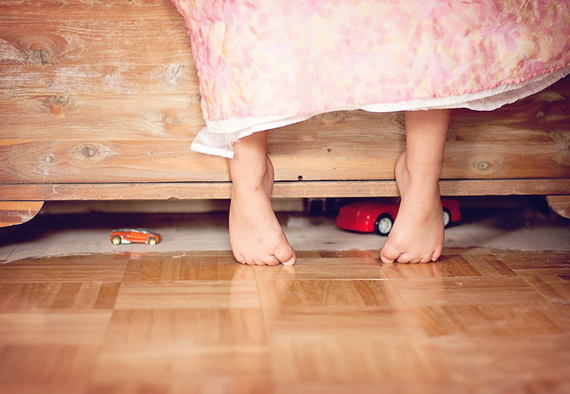 I recently read about the different terminology for transgender youth and a certain term caught my eye: stealth - to live so that everyone around you believes that you were born into the gender you inhabit. I reread the definition a handful of times. This has been my dilemma since my child transitioned. Do I tell people she's transgender or do I let them believe she was born biologically female? This has obviously been a no-brainer for people we already know. Unless I decide to hit every one of those people on the head with something really hard, it's not a choice. And really, it's kind of comforting when people know because I don't feel like I'm deceiving them.

I imagine this is a problem for this generation of transgender youth. So many people are allowing their young children to live as the gender they identify with, and therefore parents are left to do the navigating and disseminating of information. It's a strange responsibility because it's not my personal information to share. Sometimes I feel like I'm too fancy free with the sharing of information. And I wonder if my child is going to ask me what the hell I was thinking when she's older. I even scold myself. Why do I do that? Why do I get verbal diarrhea and share my daughter's very personal information. I seriously need to rein it in.

Stranger: How many kids do you have?

Stranger: Boys, girls, one of each?

Me: A girl and a boy. Well, it's kind of complicated.

When reflecting, I try to put myself in my child's position. How would I like it if my child went around town sharing a bunch of personal information about me?

My child: Hi stranger. See that lady over there? That's my mom.

My child: She almost contracted herpes in college.

My child: Yeah, she convinced herself she had every STD known to man. She didn't sleep around, don't get me wrong. She's a hypochondriac.

My child: No really, she's certifiably crazy. Like, for real. One day it's a brain tumor and the next it's butt cancer. And also she's super bossy and mean to my dad. She seems nice but she's not.

Stranger: (frantically looking around for my child's keeper)

In all seriousness, this is a difficult part of this process. I've somewhat decided that with new people I will not say anything. It's really hard for me but I'm getting used to it. When she started a ballet class recently she went 100% girl. I didn't bring an educational poster or pull her teacher aside or tell some random parent. But I still find myself watching her really closely when we're in public...making sure she doesn't do anything to "expose" the truth. I'm weird. That's kind of part of the problem.

But in some instances I feel like it's my duty to inform people. For instance, my child has been taking gymnastics for several months now and is very good. She lives, eats, drinks, and breathes gymnastics. Her current gym is specifically a non-competitive gym but she wants to compete. This makes me have panic attacks for several reasons (another blog post) but we want her to be able to train seriously if she so desires. Bottom line, we have to find a new gym. I feel it's my responsibility to tell the new gym about her. Tiny leotards don't exactly lend themselves to her situation. I just don't want any surprises. And I also want to know upfront it someone has a problem because if that's the case we'll go elsewhere. Too many what-if's.

By the way, for those of you who are wondering, I don't have herpes.

Some might think, "Why don't you just ask her?" That's what I would be thinking. It's funny. My child and I are close. We have an open line of communication; no questions are off limits. But when it comes to this specific detail it's hard for me to ask. And besides, I think I already know the answer. But then I hear about kids like Jazz (the girl who wrote that sweet children's book about being transgender) who aren't living stealth and seem to be okay. In my mommy brain, that happens to be laced with large amounts of anxiety, I think it would be easier to be outwardly transgender than live stealth and be discovered. The social implications seem like they'd be far worse for the latter. Also, keep in mind that my child isn't trained to cage fight yet, which is one of my goals for her. So, I can't even handle the notion that someone would be verbally or physically mean to her. Mommy. Heart. Can't. Handle.

It all comes down to protecting her. A part of me feels like I should remove her pictures from my blog but another part of me wants to celebrate her awesomeness with the world. I guess that's not ultimately my decision, and I guess you don't need a headshot to celebrate (said the photographer). If she chooses to live stealth then I will honor and support that. However, if that is the case, I may need to be checked for Tourettes.

Michelle is a mother, educator and LGBTQ advocate. Her blog, Let The Boy(s) Be, chronicles her journey raising a transgender child and a child with autism. You can visit her here.