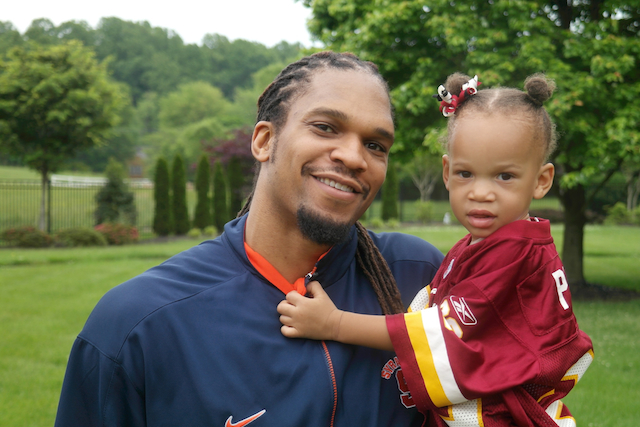 1. Debbie Piscitella is a mother who was arrested for choking the little boy who was bullying her daughter. Although I can't condone the choking of a little boy, as parents, can we really blame her for her actions?

2. The mother of one of Malcolm's classmates told us that she would not be coming back to the school because she was dealing with bullying and that her daughter would come home crying at least a few times a week. She is the sweetest little girl on earth, and Malcolm told us during the year that people were being mean to her. He actually got into trouble for pushing a boy to the ground who was teasing her. I told him when it happened that it wasn't his job to defend everyone, and to simply tell the teacher, but I had no idea the bullying was this bad. What good is it to teach kids to tell the teacher and the teacher does nothing to correct the situation?

3. I asked Imani why she never takes naps at school and she said because they give us all of this sugar that makes all the kids hyper, then tells us all to lie down and go to sleep. Why wouldn't they give them snacks AFTER they wake up?

4. My daughter Imani, like a lot of little kids, likes to get up in the middle of the night and come in Mommy and Daddy's bed. Sometimes we're just too tired to walk her back to her room and she just stays in the bed. Well, now she got smart because she doesn't wake us up -- she just slides under the covers while we are sleeping. So we made a deal with her. She gets one night a week to sleep with us as long as she stays in her bed every day the rest of the week. Does that sound like a good compromise or are we being in the words of the late Bernie Mac "punk &$$ parents"?

5. How funny was Bernie Mac's part on The Kings Of Comedy when he was talking about his sister's kids coming to live with him?

6. How funny are reruns of The Bernie Mac Show and Everybody Love's Raymond and why did they stop making new episodes of Rev. Run's House?

7. Why do kids like to get four inches away from your face while you are sleeping and scare the living daylights out of you?

8. My daughter Sierra is almost two -- she talks a little, but not really. I can understand her perfectly when she is trying to say something, but other people have no idea what she is saying. Isn't it interesting how kids speak a totally different language that only their parents and siblings can understand ?

9. Sierra pee pee'd in the potty for the first time. Isn't it funny how big of a deal it is and how proud little kids are when they accomplish this?

10. Malcolm asked me what people who don't believe in God say after they sneeze? I told him I have no idea.

11. I stomped my pinky toe on the side of a chair the other day and if anyone has ever done that knows how much it hurts. Why did Sierra go over to the chair and give it a open-handed smack and look at me like, "Don't worry about it, Daddy I got you"?

12. Why did Malcolm tell me one day that the shirt I laid out for him to wear was "not his style"? Didn't expect that one at all.

13. Out of the blue one day, Malcolm asked me how old I was when my parents got divorced. I told him around his age. Then I asked him what does he know about divorce and where did he hear that word. Malcolm proceeded to break down to us that most of his classmate's parents are divorced. That divorce is when a mommy and a daddy don't love each other anymore and the daddy has "visits" with the kids some weekends and sometimes the mommy and daddy can be friends, but other times a judge has to force them to play nice. Me and my wife stood there in amazement. Isn't it astonishing how much more kids know than we think they know?

14. Why did Imani recite all of Rudy Huxtable's lines while we were watching the reunion special of The Cosby Show? I know we watch the show a lot, but really she knows all of Rudy's lines.

15. Sierra has all of these toys. Why does she only want to play with my iPhone?

16. Why does Sierra know how to slide her finger across the bottom to open my iPhone, go to my pictures and scroll through the ones she wants to see, watch the videos of herself and her brother and sister that she wants, and go to YouTube and click on Elmo videos that she wants to see? Isn't it amazing how technologically efficient even little 2 year-old babies like Sierra are nowadays?

17. Why does Sierra know how to take a picture of herself with my camera phone? She knows how to flip the screen around to see herself and everything.

18. Why can Sierra follow commands in English and Spanish, but she still only talks baby talk to me and my wife? I swear I heard her through the baby monitor having a full conversation with Imani one day, but thought I might have been hearing things.

19. We were watching Nanny 911 with Malcolm and Imani, and they watched with mouths wide open staring in amazement. They were both in shock and Imani looks at me and asks, "Do you have to be pink to be able to get away with acting like that?" Malcolm corrected her and said, "No, it's just how kids who don't get spankings act." If Bill Cosby still had that show Kids Say The Darndest Things, I would've had to take them both on there for that one.

(Special note: Imani doesn't talk in terms of black people and white people. She says brown people and pink people. Don't know where she got that from, just what she says.)

20. Why did Malcolm tell me and my wife last Sunday out the blue while he was eating his oatmeal, "When I grow up, I'm gonna get married, but I ain't kissing nobody. I'mma get married with a ring and a hug"? Me and my wife couldn't stop laughing.

21. Every time I come home my kids run to the door jump up in my arms and yell, "DADDY!" It's great. When does that excitement stop? Wish I could keep that party going forever, but I know it's coming to an end eventually. Is it when they turn 10 or 11 or 12?

More:
kids say the darndest thingsraising kidsParenting Parentsparenting-questions
Newsletter Sign Up
Raise the kind of person you'd like to know
Subscribe to our parenting newsletter.
Successfully Subscribed!
Realness delivered to your inbox

5 Record Players With Incredible Sound, According To Audiophiles Who Know