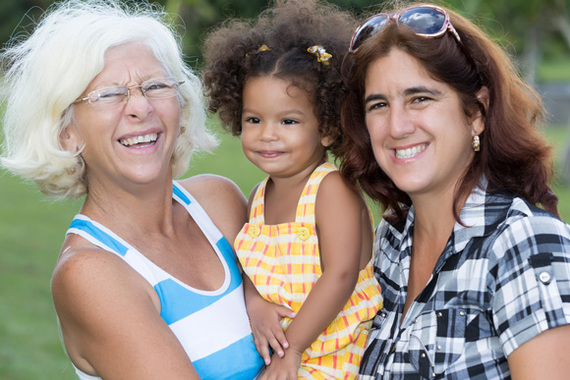 I remember when my 10-year-old was just a baby. I had just moved to Washington, D.C., when I learned the heavy metal lead had been found in the DC water system at very high levels. I knew a lot about lead poisoning and its health effects on children, as I had worked for an environmental health policy organization in New York, interned for the New York City Department of Health, and have a master's degree in public health.

But I had never faced these issues from the other side -- as a parent. I never faced these issues with the health of my baby on the line. Suddenly I had so much at stake. I had to get involved. So I scoured the newspapers for information, searched the mommy Listserv, and talked about it with acquaintances at the playground. Soon I found myself at meetings with parents and community groups, making signs for demonstrations, and speaking at city council hearings.

I brought my baby girl with me and spoke from the heart. And I saw how important and powerful it was to speak with a parent's voice. Scientists, officials, engineers, and professors were all needed in addressing this issue, but it was parents who had the most relevant stake in what was happening. If we didn't get involved, who would advocate for our children's health?

We were the engines. Parents made change happen.

I've been thinking about this in the wake of the latest IPCC report about how climate change is going to have severe impacts on our health and well-being in the near future.

Here's why parents will fix the climate crisis:

Here's why parents have a unique role in climate activism: