A child wants to be held and touched from the very first day of life. And a parent’s affectionate touch goes a long way, from boosting a newborn’s healthy development to shaping the child’s brain later on, a new study suggests.

For many animals, touch is a strong communicator of emotions, a signal that bonds a parent to a child. To a newborn, a parent’s love may be as important as food, as the young monkeys in Harry Harlow’s famous experiments in the 1950s showed us when they clung to a soft dummy even if their milk came from somewhere else.

Now, years after the famous monkey love experiments, researchers in Germany and Singapore used brain imaging to see whether receiving a lot of fond caresses affects the human brain in any measurable way.

“We explored whether the touch parents direct at their children has effects beyond social bonding and shapes functional aspects of the developing brain,” researchers Jens Brauer, Annett Schirmer and their colleagues wrote in a study published in the August issue of Cerebral Cortex.

A couple of days later, the researchers scanned each child’s brain while he or she was at rest to see its activity patterns. They focused on the “social brain” ― that is, the sum of neuronal networks that makes us deal with a person differently than we do with, say, an apple. It is what’s at work when we behave socially, are interested in other people and try to see the world through someone else’s eyes.

Researchers observed that brain activity across these networks was stronger for kids who received more tactile attention from their mothers.

“There is already a substantial literature looking at the positive effects of touch in infants,” including links between touch and an infant’s growth and emotional development, said Schirmer, a psychologist at the National University of Singapore. “Our work adds by showing a relation specifically to the social brain ... and extending this to an older age group, suggesting that benefits exist beyond infancy.”

It’s almost impossible to directly confirm a cause-and-effect relationship between touch and brain development in humans (researchers can’t deprive a child of parental touch to see what happens), but animal studies suggests such a causal link exists, Schirmer said.

The new findings were drawn from one slice of time in the children’s lives, but it’s likely that the more tactile mothers have always been that way, and have been boosting this brain development since their kids were born.

“We can only speculate that this is the case. However, our findings nicely align with evidence from non-human animals,” Schirmer said. “So if what happens in humans compares to what happens in rats, then yes, body functioning and the workings of the social brain are being shaped throughout development by the amount of touch individuals receive.”

“Note, however, that touch is probably one of several factors in a child’s environment that shape social functioning,” Schirmer added.

A gentle, affectionate touch reaches the brain through a class of nerve fibers in the skin called c-tactile afferents. Some scientists believe this particular group of nerves has evolved in social species, from mice to men, and may be fundamental in developing the social brain. These nerve fibers, discovered later than pain and temperature-sensing nerves, respond best to slow touch and strokes. They are found mostly on the back of the body and appear to be absent on the palms. When activated by gentle touch, the nerves trigger a cascade of hormonal effects in the brain, animal studies suggests.

Harlow’s monkeys overturned a widespread school of thought in the early 20th century that viewed unconditional love as detrimental to a child’s proper upbringing and mental health. We now know that as a well-documented social species, humans are born with a brain eager to seek and form social bonds.

But some social abilities many of us take for granted, such as the ability to imagine another person’s thoughts and perspective, don’t even emerge until around age four or five. This shows that the social brain we start with still needs years of learning, from birth to adolescence, to fully mature.

“Touch is a fundamentally important care taking behavior that can have much benefits for children,” Schirmer said. “If infants and young children seek tactile comfort from their parents, their parents should happily indulge them.” 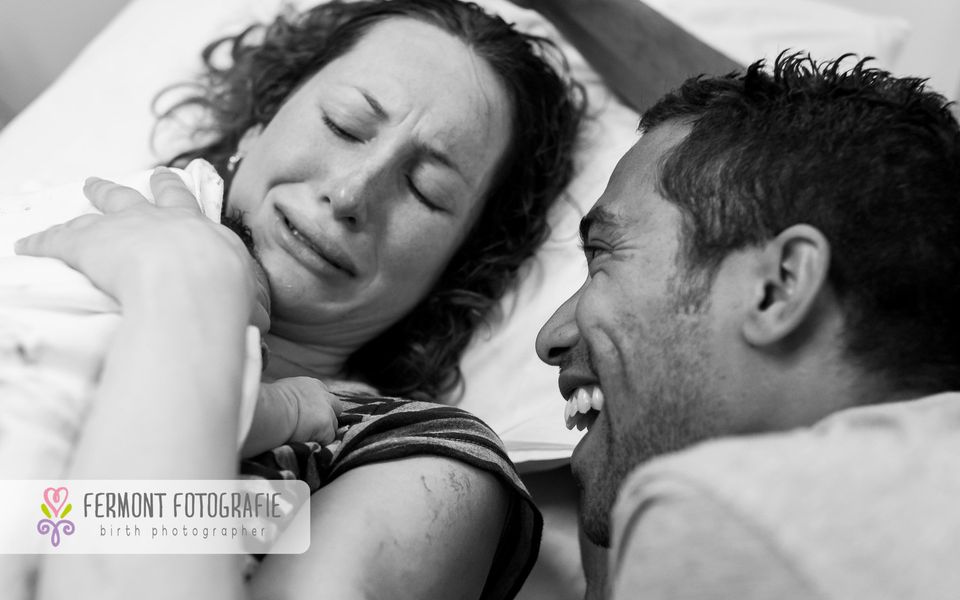