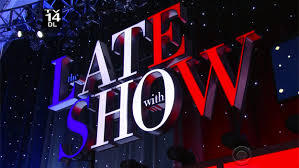 Never, ever underestimate the power of "premium cable profanity" in the healing process.

After the solemn tributes and moments of silence on behalf of the people of France who suffered the worst attack on their soil since World War II, John Oliver, host of HBO's "Last Week Tonight" provided the funniest, most cathartic response thus far to the terrorists who slaughtered 129 people and left hundreds more wounded:

His expletive-laced rant could not mitigate the depths of our grief, but it could express the depths of our anger, all while making us laugh. "It is important to remember," he thundered, "nothing about what these assholes are trying to do is going to work. France is going to endure, and I'll tell you why. If you're in a war of culture and lifestyle with France, good fucking luck. Go ahead, bring your bankrupt ideology. They'll bring Jean Paul Sartre, Edith Piaf, fine wine, Gauloises cigarettes, [Albert] Camus, Camembert, madeleines, macaroons, Marcel Proust, and the fucking croquembouche. You just brought a philosophy of rigorous self-abnegation to a pastry fight, my friend."

Comedy, the Dangerfield of art forms, gets little respect. Woody Allen himself has said that making comedies is like "sitting at the kid's table." The last comedy to be named Best Picture was his "Annie Hall" back at the 1978 ceremony. The last comedic performances to win for Best Actor and Best Actress were Richard Dreyfus in "The Goodbye Girl" and Diane Keaton for "Annie Hall" that same year. So it's been awhile.

And yet to whom does the nation turn to help get them through events of epochal, global turmoil and despair; comedians, and especially, the late night talk show hosts. David Letterman was the first to return to the air following the 9/11 attack on New York, His reflections captured the nation's mood and have been widely credited with helping America begin the process of getting back to--for want of a better word--normal.

Comedy, Lenny Bruce, once observed, is tragedy plus time. It has been less than a week since the Paris attacks, and that's no time at all to fully process. But the shows must go on. "Saturday Night Live" broke format as Cicely Strong offered a bilingual tribute to the people of Paris. The night before, Bill Maher opened "Real Time with Bill Maher" by singing a stanza of "Les Marseillaise." "Now, I'm not a very good singer, but that's my way of saying we're with 'ya," he said.

That same night, an emotional Stephen Colbert ended the "Late Show" "with a heavy heart" to extend "our thoughts and prayers to everyone in Paris." On Monday, his show also broke format by opening with a stirring performance of "Le Marseillaise" by house band Jon Batiste and the aptly titled Stay Human. He then spent the first 15 minutes of his show grappling with the weekend's events, deftly juggling the sincere and silly, at one point presenting a doctored photo of the Statue of Liberty giving ISIS the finger. CBS censors blurred the photo.

John Oliver had not such restrictions. "This is where it actually helps to be on HBO, where... things can be said without restraint," he joked.

On "The Daily Show" Monday night, before getting "on with the show," host Trevor Noah offered his reflections, calling the ISIS attack on Paris "an attack on humanity." He noted reports on how Parisians were opening their doors to strangers in need of shelter in the midst of the terror, thus shattering the stereotypes of the French as cold and unfeeling. "Who do we make jokes about now?" Noah asked. "Finland?"

"Tonight Show" host Jimmy Fallon delivered a Paris-free monologue, but once behind the desk, offered his own tribute, saying that the ISIS attack backfired as it had brought the world closer together and that he hoped the next hour would bring "a moment of joy through these tough times."

Comedy is hard, British actor Edmund Kean famously observed on his deathbed, and never more so than when trying to find the right tone with which to address tragic news events. But our late night hosts are making a valiant effort in juggling the sincere, the goofy, and the profane. And let's not forget good old-fashioned ridicule to diminish an enemy. On Monday's "Late Show," Colbert compared ISIS to guest performers, the Acro-Cats, an acrobatic feline act. What they have in common, he joked, is "they're a bunch of pussies."

Comedy is hard, but as Tom Hanks said of baseball in "A League of Their Own," "the hard is what makes it great."