They used to be between tribes. Or city-states. Or one empire against another. Or between countries. Today, who wages war?

The Islamic State has declared war on countries, on religions and on sects. As well as on groups like Al Qaeda, Hamas, Hezbollah and the Taliban. But what is the Islamic State? Despite its efforts to appear as a state and fulfill some of the functions that are usually carried out by governments, ISIS -- or Daesh -- is not a state but rather a hard-to-categorize non-governmental, militarized, Islamist terrorist organization that is essentially stateless.

And therein lies a problem. In reaction to the Paris massacre, French President François Hollande said, "[This] is an act of war ... committed by a terrorist army."

Acts of war used to be the monopoly of nation-states. Obviously, that is no longer the case. The terrorists used to be called "bands" or "groups." Not anymore. And President Barack Obama has said that the terrorism in Paris was "an attack not just on the people of France, but ... an attack on all of humanity and the universal values that we share." From this perspective, in Paris what was attacked was not a nation-state and its citizens but a set of beliefs and principles. Obviously, we need a new language to understand what is happening.

Acts of war used to be the monopoly of nation-states. Obviously, that is no longer the case.

And more than a decade after the terrorist attacks of September 11, 2001 in the United States, the prevailing ideas about the nature of the threat, its causes and the best ways to combat this threat are confusing and the source of heated and inconclusive debates.

But there is more. This new century not only brought us new forms of armed conflict and combatants, but also transformed the most frequently used weapons responsible for the largest number of casualties and the most damage. Homemade explosives, drones or unmanned flying vehicles, cyber wars and suicide bombers are the most disruptive, common and deadly weapons in today's conflicts.

Of course, the use of suicide bombers is not new. In World War II, for example, 3,860 Japanese military pilots, the famous Kamikaze, each committed suicide trying to crash his plane into an enemy ship (only 19 percent succeeded). In contrast, between 1982 and June of this year there were 4,620 suicide attacks that claimed 45,000 lives. To this sad number we must now add the victims of the recent slaughter in Paris -- and others elsewhere.

Another weapon that is used with increasing frequency and has, therefore, had an enormously disruptive impact are improvised explosive devices which are homemade bombs usually placed near a heavily trafficked location and exploded remotely with a cell phone or even a garage door opener. These are basically artisanal land mines. And land mines are weapons of war that have long been part of military arsenals everywhere. But while in the Second World War land mines caused 5 percent of U.S. military fatalities, in the wars in Iraq and Afghanistan they were responsible for the overwhelming majority of casualties. Lately, these IEDs are not only used while buried under a road and waiting for a passing car or a platoon of soldiers to explode by remote control signals. Strapped to the body of a suicide bomber, these artisanal bombs become a devastating and effective weapon, as we saw in the Paris attacks.

A new weapon that is also changing the nature of war in the 21st century war are the drones, unmanned aircraft guided by remote control. Most of the leaders of Al Qaeda, the Taliban and the Islamic State have been killed by missiles launched by unmanned drones. While currently the most common users of armed drones tend to be the technologically advanced militaries of the world -- and especially the U.S. -- it is only a matter of time before terrorist groups start using armed drones. Sadly, the combination of improvised explosive devices and drones offers a powerful new weapon for terrorists.

Homemade explosives, drones or unmanned flying vehicles, cyber wars and suicide bombers are the most disruptive, common and deadly weapons in today's conflicts.

Finally, cyberwar. Today, almost all of the world's armed forces have individuals and assets dedicated exclusively to defending their nation against cyberattacks and to spying on and cyber-attacking other nations. Terrorist groups have also learned to use the Internet to coordinate, finance their operations, recruit members globally and launch effective propaganda campaigns.

What do these four types of weapons that are disrupting war have in common? That they are no longer the monopoly of the military and their governments. In the past, the most important and lethal weapons were under the control of professional armed forces and the governments of their countries. Not anymore. You can buy a drone online and also get instructions on the Internet to make a homemade explosive. And if you can do this, so can the terrorists. In addition, some terrorist groups have access to people willing to commit suicide, an option that is not available to the armies of contemporary democracies.

Wars are no longer the business of governments alone. Like what is happening in so many other realms of human activity from hailing a taxi or booking a room to spend the night -- war is being disrupted by groups and individuals that combine technologies, new strategies and new forms of organization to drastically alter its nature.

Does this mean that terrorists have advantages that guarantee their victory in the long run? Of course not. But stopping them and ensuring that events like those we saw in Paris are not repeated, does require radical changes in the way democracies think about war, fighters, weapons, intelligence and espionage. We need to disrupt the disrupters.

After Paris: War Is Not What It Used to Be
World Shows Solidarity In Wake Of Paris Attacks - Tribute In Light 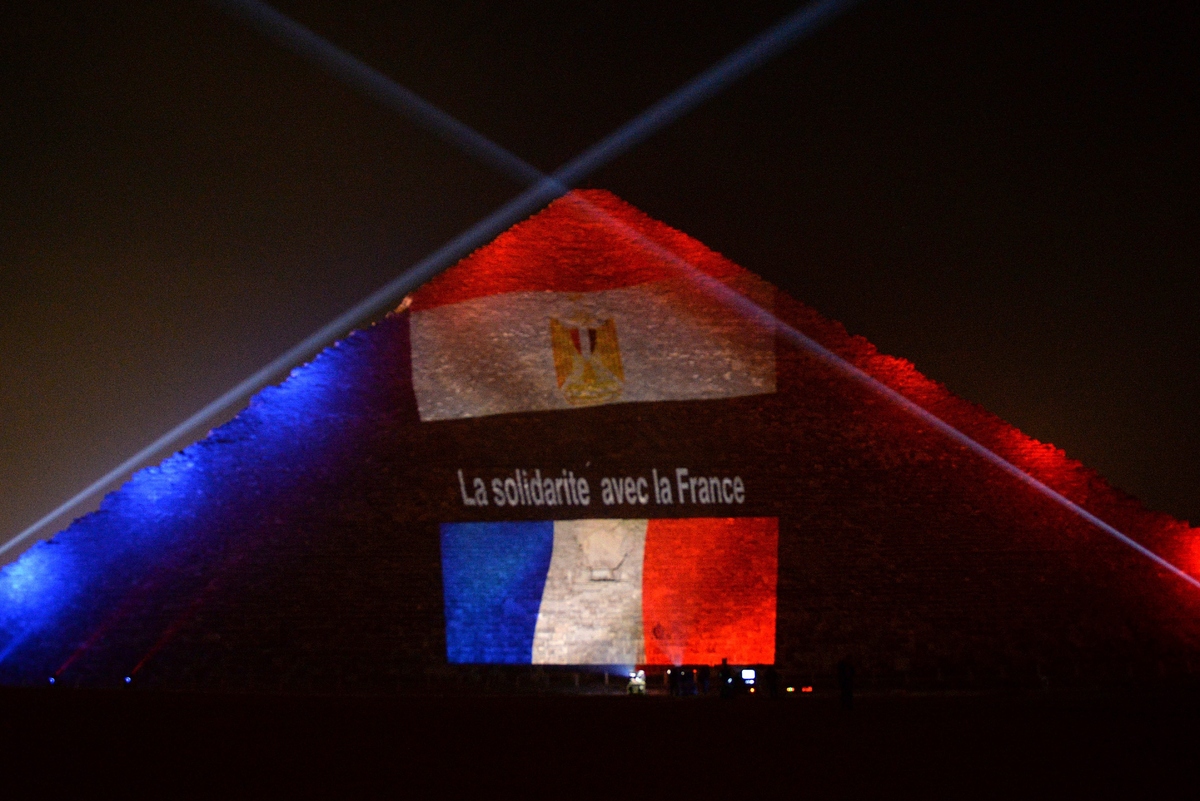