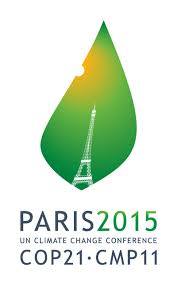 This was originally posted in The World Council of Churches' site, "Pilgrimage of Peace and Justice".

Friday November 13, 2015's terror attacks in Paris, which followed on attacks in Baghdad and Beirut and preceded the attack in Yola, break my heart. All such attacks do. What makes people want to kill innocent people enjoying their Friday night with friends and family at a concert and in restaurants? Such attacks not only kill the bodies, they deeply wound the spirit.

Paris is the cultural heart of Europe. It is also the place where thousands will gather for COP21 (2015 United Nations Climate Change Conference) from the end of this week. Delegates from countries around the globe will negotiate important climate issues which will affect our world. Activists, NGO's (non-governmental organizations), and religious groups will descend on Paris to impact the climate change discussions held at COP21.

It is a world-wide event and the World Council of Churches (WCC) will be present. Sean Hawkey, who is part of the communications team for WCC at COP21, states:

WCC has taken part in every Conference of Parties on climate change, so we have a good idea how it operates. We're under no illusions about how much influence we have on complex global politics that involve the most massive interests. But we are convinced by the compelling scientific evidence presented by IPCC (Intergovernmental Panel on Climate Change), and by the witness of our churches and their constituencies across many countries already severely affected by climate change - by droughts, floods and other extreme weather events. We have to raise our voices now, and work strategically with others to slow climate change, through advocacy and actions.

We need to be committed to doing everything we can on climate change. It is becoming one of the most significant moral issues of our time. It threatens massive destruction of the environment that human beings need to survive. It threatens all of us. At the moment it is threatening to affect many of the poorest populations in the world. We must act together to stop it."

There is hope as world religious leaders descend on Paris to pressure governments to work towards sustainability and climate justice. Fletcher Harper, the Executive Director at GreenFaith believes that

"Religious groups are like an ocean liner - slow to turn, but generating powerful momentum once they set a new course. This past year, the world's faiths have locked in their commitment to solving the climate crisis. Governments need to take notice."

In the fear-filled atmosphere that has broken hearts and led spirits to despair, many people are nervous about attending COP21 and afraid of the future. Some politicians try to use this attack to close their countries' doors to refugees.

But if fear drives us, we have lost. We must gather our courage, make responsible decisions about safety, and then move forward and welcome refugees. This allows us to embrace the other[1] and supports our efforts to save this planet. Rather than giving in to fear, we need to love those from whom we differ.

The participants of a conference on the Future of Life in the Arctic, organized by the Canadian Council of Churches and the Church of Sweden, have published an appeal stating,

"The wisdom of the elders tells us that by forging good relationships with the Creator, each other, and with nature, we enhance our capacity for peace, transformation and reconciliation. We believe the spiritual roots of climate change point to a need for this conversion, to repent from individual and collective patterns of consumption that put the creation and life at risk. There is still time to change but we must now hurry."

We must remember where we have come from and what our duties are on this earth. We are called to love God and our neighbors and to make peace on earth. The WCC reminds us, making peace on earth means "making peace with the earth".