Lindsey Tramuta, the spirited blogger behind Lost in Cheeseland and a Fathom contributor, traded in the City of Brotherly Love for the City of Light six years ago, and has been gathering French anecdotes, attitude, and affections ever since. Herewith, a list of her French favorites.

Neighborhood: The 11 arrondissement, smack in the middle of some of the city's best restaurants and shops.

Word: Dépaysement, a constructive form of disorientation; an otherworldly feeling that exposes us to a culture or routine notably different from our own. 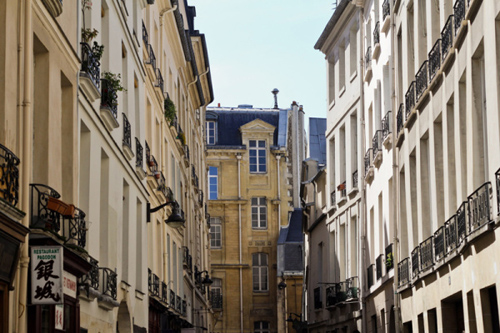 Photo: Look up! It's Saint Germain. All photos by Lindsey Tramuta.

Croissant Advice: It's a matter of taste. Do you want crisp, buttery layers that flake at the first bite? Or a dense, hearty exterior and a yeasty, buttery interior that melts in your mouth? No matter your proclivity, the important thing to remember is that these crescent-shaped mounds are best when consumed warm. Same thing for baguettes (order a tradition, which stay fresh longer than an ordinary baguette). Standout bakeries include Pierre Hermé, Du Pain et Des Idées, and Gontran Cherrier. 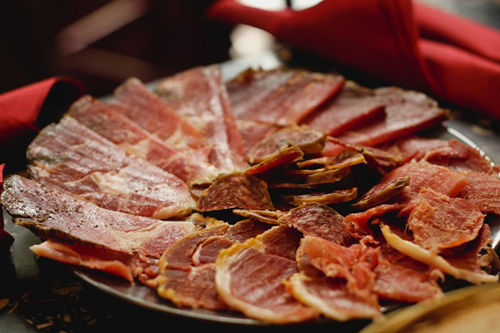 Fromage: I like non-runny cheeses like Comté, Laguiole, and Ossau Iraty. I buy mine from La Fermette on rue Montorgueil where the fromagers are keen to have customers test their incredible selection. I've also found happiness at Androuet, Barthélémy, and Quatrehomme. 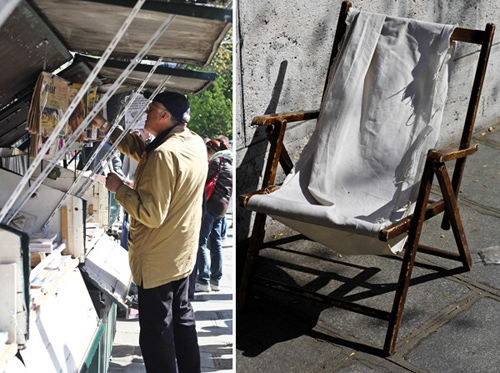 Market: There are so many to choose from! Aside from the bustling Bastille, rue d'Aligre, Raspail (organic), and Barbès markets, I like to go to the Marché des Enfants Rouges in the Marais, the city's oldest covered market, to pick up produce, cheese, and flowers for the week. Then I stick around for lunch at one of the food stalls. Any serious market-goer should carry around the second edition of Markets of Paris, a complete guide, full of historical context, to the city's food, antiques, crafts, and books. 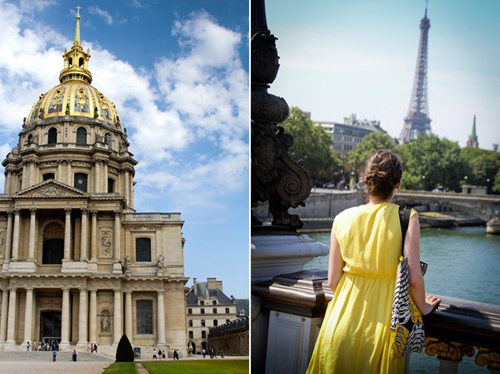 Diversion: La Cuisine Paris offers a host of different courses in English and French (macarons! croissants!) and is located in the heart of the city. Cook'n With Class, an English-only cooking school on the edge of Montmartre, also has fantastic instructors and a wide variety of courses. Allot plenty of time for shopping. Seek out independent boutiques and multi-brand shops. Bouquiniste vendors, with their unmistakable green boxes along the Seine, ply various goods from vintage magazines and postcards to used books and photographs, which make for some truly interesting souvenirs.

Out-of-Town Trip: Doable within a day or over the course of a short weekend: Champagne, Chantilly, and Chartres (all easily accessible by train). If you've already been to the Château at Versailles, take the regional rail to Fontainebleau to visit one of the largest French royal palaces and its surrounding forest, an internationally renown site for hikers and rock climbers. For a culinary weekend, head two hours by train to Lyon, which has long been considered the gastronomic capital of France (think quenelles and sausages). For a sun-soaked getaway (with good shopping) head south to Aix-en-Provence, about three hours from the capital.

Only in Paris Moment: Head to the narrow cobblestone streets on the Île Saint-Louis and stroll after hours, when diners and drinkers spill out of restaurants and begin heading home. If you find yourself further west, digest with a walk along the Pont Alexandre III (bridge) a few minutes before the hour and stop midway to watch the Eiffel Tower sparkle. (It only sounds prosaic.) 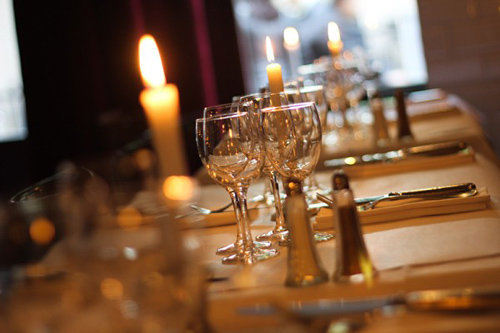 1. Picnic on the Pont des Arts, home to the controversial love locks that adorn the railings on the bridge. Go at sunrise for a particularly breathtaking start to your day, or at sundown for a laid-back dinner — serenaded by the gentle chug of cruise boats on the Seine beneath you.

2. Take a cruise on the Seine. If you're only in town for a quick trip, a cruise offers fantastic views of some of the city's iconic landmarks (the boat trumps the bus tour any day). 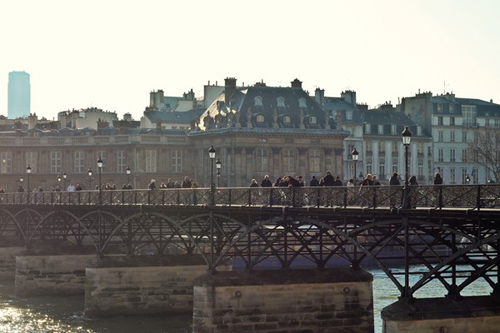 3. Pastry hop from the Right to Left Banks. To properly prepare for this, read Paris, My Sweet, by Amy Thomas, which is teeming with rapturous tales of indulgence in everything from truffles and tartes aux fruits to cupcakes and crumbles. She lists the addresses, too, so that you can follow in her footsteps. With unparalleled dessert acumen, Thomas's book will propel your own sweet tooth and have you seeing cream puffs instead of gilded domes throughout your visit. 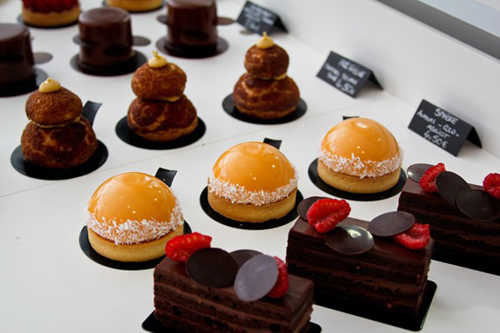 4. Visit the Louvre in a unique way. I recall feeling tremendously overwhelmed when I first visited the museum. Six years later and I still feel that way. One art-loving expat sought to make exploring the labyrinthine halls of the museum more engaging by creating ThatLou (Treasure Hunt at the Louvre) with thematic hunts — many of which cater to a bilingual crowd. 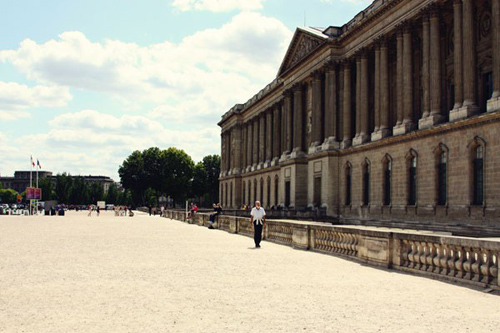 More on Fathom: Read our guide to Paris and shop our Paris store.