Paris' Seine river has risen a whopping 5 meters -- about 16 feet -- above its normal level due to torrential rain and flooding that have ravaged the French capital and other parts of Europe this week.

Photos show statues and lampposts almost submerged in water. Rafts were used to evacuate thousands of residents in certain parts of the city.

Authorities installed emergency flood barriers along the river on Thursday, and French Prime Minister Manuel Valls declared a state of emergency in the parts of the country most affected.

The storm is expected to reach its peak around midday Friday.

The Louvre Museum shut its doors earlier than usual on Thursday and plans to stay closed on Friday in order to evacuate works that risk being damaged by the rain, several outlets reported. The Musée d'Orsay will also close Friday.

Here's a look at the City of Light this week: 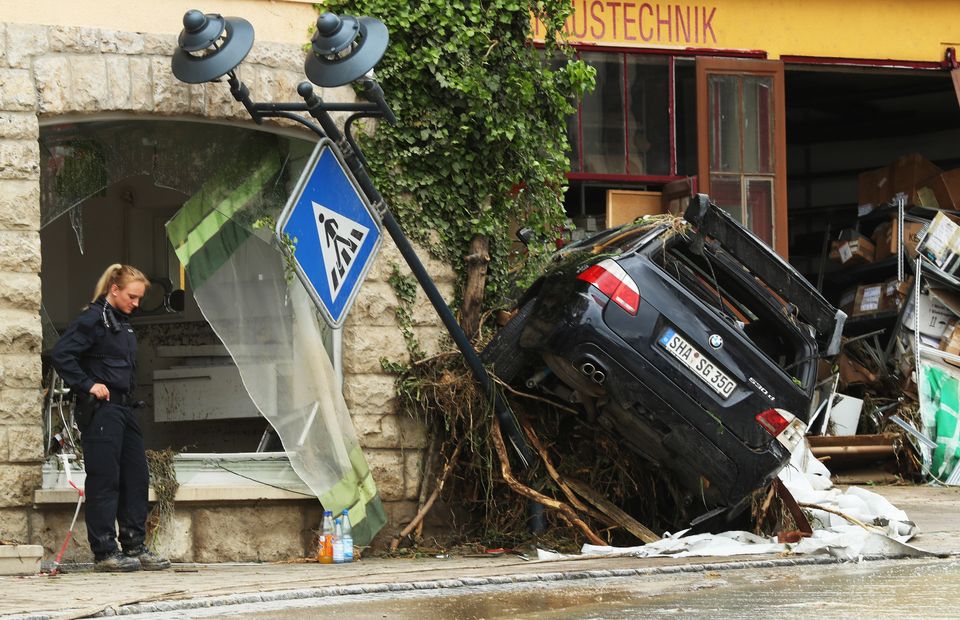 1 / 15
A policewoman stands near a car smashed against a building on May 31, 2016, in the village center of Braunsbach, Germany, following a ferocious flash flood the night before. The flood tore through Braunsbach, crushing cars, ripping corners off houses and flooding homes during a storm that hit southwestern Germany. Miraculously no one in Braunsbach was killed, though three people died as a result of the storm in other parts of the country.
Sean Gallup/Getty Images