Frenchmen Denis Gerber came up with the idea for Furry Toys Tours in 2009 after he and his wife traveled the world with her furry friends and realized there was a market for like-minded folks to send their stuffed animals on vacation, too. He was, he says, inspired by the movie "Amélie" when the title character steals her father's garden gnome and sends it around the world.

Gerber, instead, offers a basic 1-week tour of Paris, showing the stuffed animals the local monuments and scenery. He sends pictures and daily updates to clients to keep them posted on their furry friends whereabouts. Though we're not quite sure what the point of this is (perhaps to play a trick on your kids or mimic one of those credit card commercials) it is pretty funny and fairly ingenious.

Take a look at the tour of Lok (pig) and Ping (rabbit) who are traveling this week from China. Elmo is the property of an English girl, Coow and Hippo belonged to a 30-something Brit, and Bacchu (the bear) belonged to a married woman.

It's an odd phenomenon, certainly, but one that is entirely endearing. 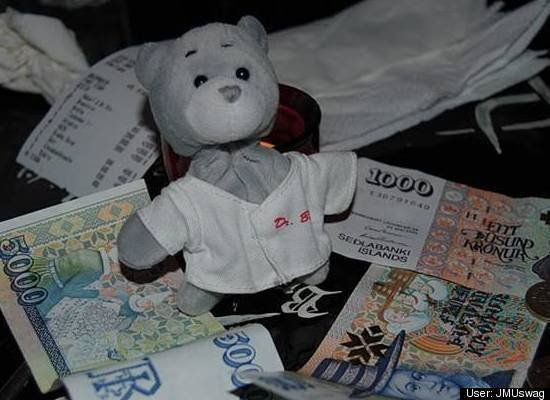