The recent attacks in Paris carried out by the Islamic State have led to widespread speculation about a possible shift in strategy on the part of ISIS. Taken in conjunction with the downing of a Russian passenger plane over the Sinai and the bombings in the predominantly Shia Dahiyeh suburbs of Beirut, it is argued that ISIS is lashing out at the "far enemy" as it comes under pressure on the home fronts in Iraq and Syria, such as its recent loss of control of Sinjar, a town that formed part of a key route connecting the de facto ISIS capitals of Raqqa in Syria and Mosul in Iraq.

Further, Iranian-backed forces -- including Lebanese Hezbollah and Syrian President Bashar Assad's army, backed by Russian airstrikes, were able to break the long-standing ISIS siege of Kweiris airbase to the east of Aleppo city despite ISIS mobilization calls in Aleppo province to counter the offensive. On a more general level, internal documents suggest that ISIS is facing problems of cohesion in its military ranks, as the General Supervisory Committee issued an amnesty for deserters last month, whereas the normal ruling for fleeing from battle without appropriate justification is execution.

While it certainly is valid to point to these developments as setbacks for ISIS, they are too ephemeral in nature to tie them to the Paris attacks in particular. The sophisticated nature of the Paris attacks would have required planning and procurement of provisions predating ISIS's latest setbacks. Though it will still take time for more precise details to emerge, nothing so far definitely shows that the Paris attacks differ significantly from prior failed plots involving sleeper cells operating in Europe -- including returned foreign fighters in their ranks -- with suspected links to low to mid-level ISIS operatives in Iraq and Syria.

ISIS hopes to sow division and discord on the enemies' home fronts.

Concerns regarding these networks have long been on the radar of Western intelligence services, and the fact the Paris attacks came to fruition represent a significant failure in detection more than anything else. The reason we have come to associate ISIS with lone wolf attacks rather than well-planned operations is because lone wolf attacks are usually harder to foresee and easier to carry out.

A similar analysis of the problem of sleeper cell networks applies to the situation of ISIS in Lebanon. Lebanon is a target for ISIS as it constitutes a part of the greater al-Sham region over which ISIS claimed geographical coincidence when it officially declared its expansion beyond Iraq in April 2013. Indeed, the Dahiyeh suburbs were already the subject of ISIS-claimed bomb attacks in January 2014. Only the Russian aircraft downing can be tied to recent developments as ISIS seeks to gain credibility for fighting back against the Russian intervention in Syria that has provoked widespread anger among Sunni Muslims.

Only the aircraft downing can be tied to recent developments as ISIS seeks to gain credibility for fighting back against the Russian intervention in Syria that has provoked widespread anger among Sunni Muslims.

As for the recent setbacks for ISIS within Iraq and Syria, they do not represent a decisive shift away from the overall reality of stalemate that was apparent months ago amid proclamations that ISIS was on the march and "winning," following the capture of Palmyra and Ramadi. Even now, ISIS has more recently made advances further west through the Homs desert with the capture of the town of Muhin from regime forces. In addition, there are still no effective ground forces to challenge ISIS control of the most important population centers of Raqqa and Mosul cities, as well as the majority of Deir az-Zor province and the towns of western Anbar province and eastern Aleppo province.

The larger fallacy in viewing the attacks in Paris and elsewhere as a shift in strategy is the premise that the ISIS state-building project and the notion of attacking the far enemy are mutually exclusive. In fact, the latter is meant to complement the former in undermining the ability of ISIS's enemies to harm its state structure. ISIS hopes to confuse enemy consensus on what to do about the terrorist group, as many ponder whether any intervention is justified at all given the risk of retaliatory terror attacks or fear "mission creep." ISIS hopes to sow division and discord on the enemies' home fronts. It wants to instill terror in its enemies and reinforce Muslim versus non-Muslim divides in civilian populations.

Looking toward to the question of responses to these attacks, it is tempting to look to the intense French airstrikes launched on Raqqa as the way forward. However, reports indicate that no major damage has been inflicted on ISIS military assets by these strikes as ISIS has learned to keep them out of the sight of coalition bombing. The U.S. has also decided to go after trucks carrying oil in ISIS territory in the belief that oil is the key lifeline for ISIS funding. Such a policy reflects a serious over-estimation of the contribution of oil to ISIS income, which actually relies far more on confiscation and taxation.

Worse, the U.S. bombing overlooks the fact that those who transport oil from ISIS-controlled oil fields are not necessarily affiliated with ISIS. The end effect instead is likely to be significant humanitarian harm -- not only to civilians in ISIS territory but also those living in rebel-held areas of Syria, which suffered a major fuel crisis when last cut off from trucks delivering oil from ISIS-held territory on account of an ISIS-imposed blockade in the early summer.

In short, one should have no illusions that simply intensifying airstrikes and more tough talk can lead to the defeat of ISIS. As before, we must have a realistic view of the true scale of commitment required to defeat ISIS: namely, an extensive international presence on the ground to enforce a political settlement acceptable to all major actors and to assist a massive nation-rebuilding project. Unless international consensus emerges for such an undertaking, one must not harbor pretenses about destroying ISIS. 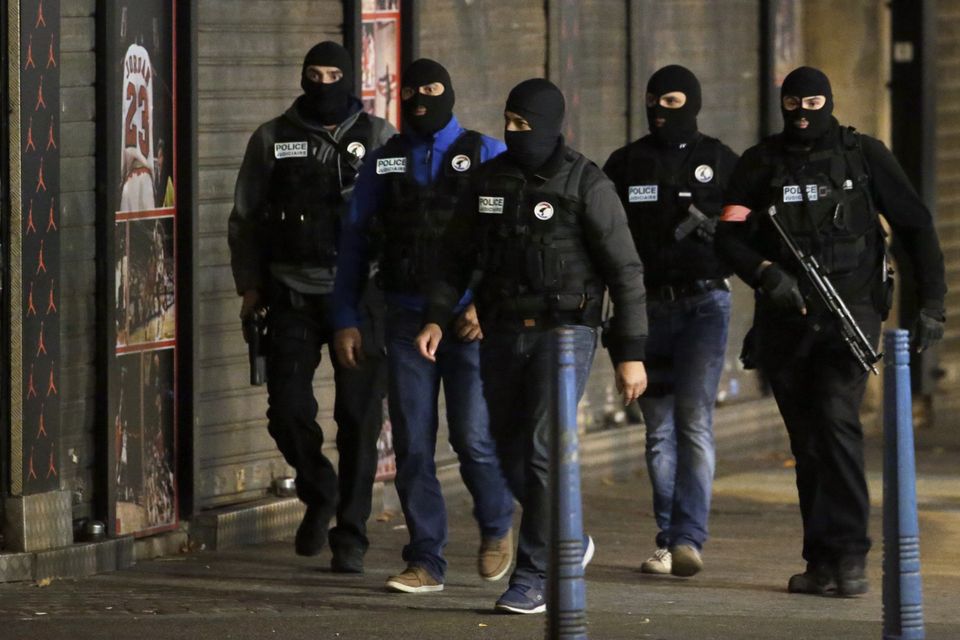 1 / 16
Members of a special intervention unit of the French police patrol in the northern Paris suburb of Saint-Denis on Nov. 18, 2015, as <a href="http://www.huffingtonpost.ca/2015/11/18/paris-attack-suspects-abdelhamid-abaaoud-salah-abdeslam_n_8588574.html" target="_blank">special forces raid an apartment</a>, hunting those behind the attacks that claimed 129 lives in the French capital.
Kenzo Tribouillard/AFP/Getty Images