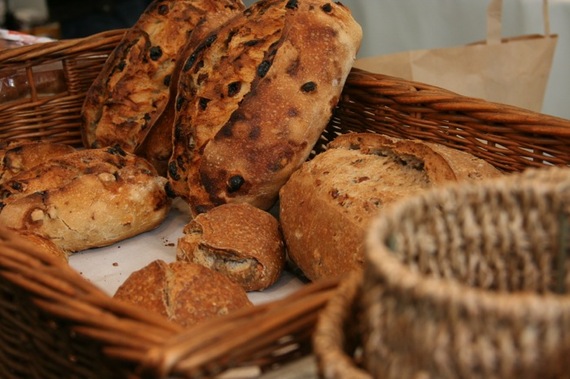 While France is the revered place of "eating well," the reality isn't as glorious. French food might be protected by UNESCO World Heritage status, and for many of the millions of people that visit France each year, dining is a priority, but that doesn't mean that everything on the plate in front of you is up to par. In fact, in a recent study of restaurants, a third of them acknowledged serving frozen products. Buy frozen French cuisine at wholesale price, warm it up and charge 20€.

According to a report in Marianne magazine cited in the Washington Post, "a chunk of tuna cooked Provencal style with an attractive ratatouille on the side, for instance, can be bought in a restaurant- supply factory for $4, stored in the freezer indefinitely and sold to a diner for $17 after three minutes in the microwave." This is by no means respectful of the meal or the people eating it, but in a world of ever increasing costs, it's a reality.

So what do you do if you come to Paris and are in search of something a bit more... legitimate? You do your research, because unfortunately, the days of just "dropping in" to the nearest corner bistro and expecting something amazing are long gone. Here are a few tips to put you on the path to actually eating well, and supporting artisan producers in the process. 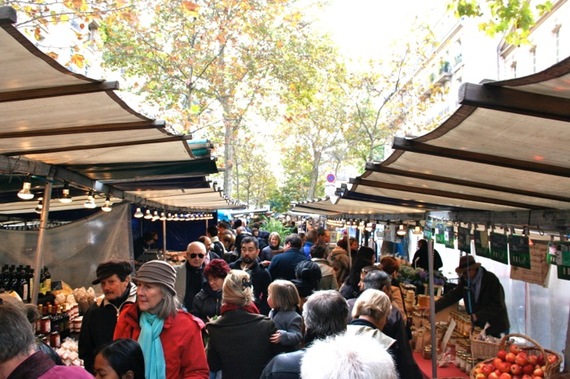 Fresh markets are a highlight for many visitors, but while overflowing crates of apples and squash feels authentic, often that produce was picked up earlier that morning at a wholesale distributor. What you want is to buy produce directly from the people that produced it. Paris Paysanne, a great site devoted to local eating in Paris, has a very helpful map (click on the link or the image below to access it) of all the markets in Paris and which ones feature local producers, proud of the work that they do and happy to talk about it. That means you'll get a locally grown turnip and a story to go with it.

Two market tips: the weekend organic markets, Marché Biologique des Batignolles on Saturdays and Marché Biologique Raspail on Sundays. Track down the man that makes the potato/onion galettes. And if you want a taste of the south of France, chat up Alain at Marcheé des Enfants Rouges while he makes you socca.

No, seriously. Stay away from the Stella and Pelforth. There's plenty of beer being brewed in France, and if you want to complain about not finding any of it in Paris, you haven't looked hard enough. Start off with Brasserie de la Goutte d'Or, a local microbrewery in the 18th arrondissement where you can hit up tastings on Thursdays, Fridays and Saturdays. Good beer shops: La Cave à Bulles, People's Drugstore, Bierissime. Bars that serve good craft beer on tap: Supercoin, La Fine Mousse, Les Trois 8, Express de Lyon.

"But wait, I'm in France, all wine is good right?" You would like to think so, but even the wide world of wine has gotten sucked into the world of industrialization, so stick to the places that have established relationships with vignerons and won't sell you expensive bottles just because it has a fancy name on it. Some of the best wine I have had comes from small-scale, sometimes unheard of, vineyards. Fortunately, there's a changing scene in Paris and it involves some great spots that focus on natural wines. This article names a few and here are some other gems in town: La Buvette, Garde-Robe, Le Siffleur de Ballons and Le Verre Volé.

It's not even worth launching into the "the coffee is bad in Paris" discussion because it's simply depressing. If you see Cafe Richard marked on your coffee cup, immediately run in the other direction. So instead, let's focus on the positive: there are several places in town where you can get good, locally roasted coffee (thank god) and there's even a website devoted to them. Among the favorites: l'Arbre à Café (mostly a place to buy beans, but there's a small tasting area), La Caféotheque de Paris, Café Lomi (roaster and coffee shop), Holybelly (killer café filtre), Ten Belles, KB Cafe, Loustic and Le Bal Café.

5. Get to know real artisans

Ok, this one is a little harder, as it seems there's a butcher on every corner. Get help from Localers, a cool, down-to-earth, tour company that's all about helping you to see Paris like a local. They have a tour that's led by a real, true French chef. Enough said. Also, if you're at the market, engage in some conversation. You'll find that with a little "bonjour," "merci" and a smile, pretty much anyone will talk to you. Get a fromager talking about their cheese and it's hard to stop them.

6. Break out of the French Cuisine box

Some of the best food in Paris? Not French. This is a very diverse city after all, it would be a shame to miss out on pâtisseries orientales or a good couscous.

7. Go to restaurants that use fresh ingredients

Restaurants that run out of certain dishes by the end of the lunch run is a good thing; it means they buy fresh and don't have an extra stock of ingredients on hand in the freezer. How can you tell that a place does this? Well, that's easier said than done, and as of yet there's no "we make real food in house" certification (although there's talk of working towards something like that). Some of it comes from "feeling" - you know, that intuition that tells you, "this is legit!" - some of it comes from research. Good Paris food resources: Le Fooding, Alexander Lobrano, The Paris Kitchen, Paris by Mouth and Food Tourist. And of course my favorite bar/restaurant gem: Café de la Nouvelle Mairie (authentic French food complete with good coffee afterwards).

Now go forth and eat well.

Voting Made Easy
Register to vote and apply for an absentee ballot today
Register now
More:
Taste parisFood For Thought