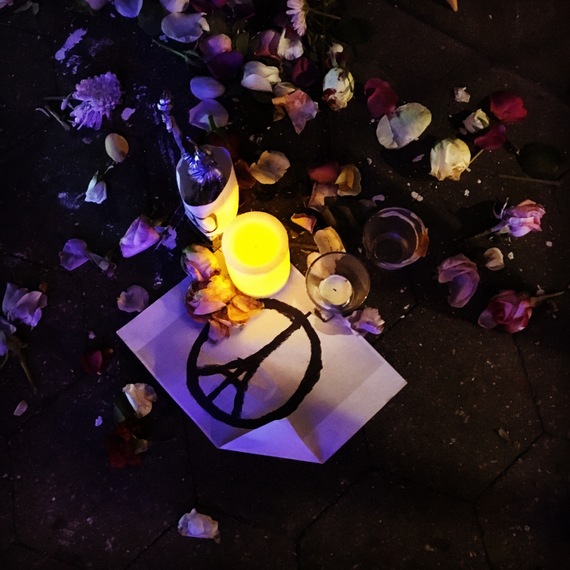 There's been a lot of talk about how horrible it is that we grieve for France when we're not similarly frenzied about Beirut and others. On the one hand, that argument is totally right. Yes, we should mourn the deaths of innocent people wherever they are, in a far more balanced way than we do. All lives are equal, and all innocent deaths are tragic.

And, it's also not that simple. Here's why.

Note: I am NOT saying that this position we've found ourselves in is correct, but am simply trying to understand WHY we find ourselves here...

1.) These kinds of attacks are so much more common in the Middle East that, unfortunately, we've grown to expect it. It's far more shocking in a place like Paris, because France is such a peaceful country in comparison. This is the worst attack on French soil since World War II, so that's a really big deal.

2.) The media has a big role in this obviously. They decide how much coverage to give one story over another. Yes, Beirut lost significantly fewer people, but it's still a tragedy that shouldn't get drowned out by a larger tragedy. France has almost always been close allies of ours, so it makes sense our media would focus on it. There are of course more unconscionable reasons why the media has been so lopsided in their coverage, but that's a whole complicated mess that could fill another blog post... (the media is controlled by corporations with shady interests, yadda yadda...)

3.) Facebook offered a one-click option to add an overlay of the French flag over your profile photo, but they didn't offer this option for the Lebanese flag for the attack the day before. They also offered the option for people in Paris to "check in as safe," which they didn't offer for the Lebanese. Considering that 1 in 7 people on Earth is on Facebook, that's significant. I think Facebook needs to examine why they did this and make changes in their policies so that next time it's more balanced and takes into account the significance of the safety of ALL humans, not just white Europeans. How many other discrepancies were there like this, besides on Facebook, that didn't make it as easy for people to express solidarity with Beirut vs. Paris?

4.) The majority of us Americans can relate more to French people than Afghanis, Iraqis, Lebanese etc because our cultures are more similar, and we tend to have more friends and relatives in the former than we do in the latter, so it hits home more when something happens in Paris than it does in Kabul, Beirut, etc. I have several friends who were in Paris when the attacks happened, my best friend was there until a couple days before, but I don't know anyone who was in Beirut. A friend of mine knew people who were at the concert that was attacked in Paris but I haven't seen anyone in my Facebook feed talking about the people they know in Beirut, Syria, etc.

5.) The Muslim world has a tricky mix of reactions to terrorist acts on their soil. The fissure between the Sunni and Shia communities manifest in a stark contrast where, after a bombing in a Shia neighborhood, the Sunni community is celebrating, while the Shia mourn. Plus, it's not like the Muslim world as a whole stands together to mourn these events, because of this complicated and heated rift. So, when an attack happens in a European city, since there is no major ideological split, the rest of Europe stands united, and most of the world follows this example, including the media and Facebook.

We could all try to show a little more solidarity for atrocities everywhere, not just in first world countries, but the fact that we feel more grief for the attacks in Paris is fair in some ways too and I don't think we should beat up ourselves or, particularly, other people for it. You don't know what's going on for someone who mourns for Paris. They may have lost someone, they may have lived there at some point, etc. Let's not be quick to judge and instead be curious, ask questions and share our own feelings about the situation. And, maybe we could spend a little time learning more about Beirut so we don't totally forget about them in their time of sorrow, just because we can't relate to them as much.

My heart aches for the state of the world. I wish all humans experienced and expressed a lot more "Ubuntu," which is the African concept of basically "I'm not ok if we're not ALL ok." Not to the point of feeling crushed by the weight of the world on our shoulders, it has to be a balance. I think the answer is we need to keep our hearts open, and particularly our leaders, captains of industry and media need help opening their hearts. A heartfelt society in which people take the time to learn about each other is a more peaceful society. We can all work in this direction in our own ways. Just please keep your hearts open!

NOTE: Everything I've shared here is my perspective. I think these things are, unfortunately, terribly complicated and tragic. If I'm missing something key, or if you disagree with me, please let me know, but let's keep it friendly. No harsh or angered words please!! We can disagree without being mean.