Kim Shin-Jo has no doubt where the mission went wrong -- a crucial miscalculation that prevented his team of 31 elite North Korean commandos assassinating then South Korean president Park Chung-Hee 45 years ago.

The "them" were four South Korean villagers the commandos encountered on January 19, 1968, some 36 hours into what remains the most daring cross-border raid carried out in the six decades since the end of the 1950-53 Korean War.

The commandos' target was the presidential Blue House in Seoul where they planned to corner and execute Park, the military strongman who had seized power in a military coup in South Korea seven years earlier.

His assassination would, Pyongyang hoped, trigger a popular insurrection against the government and the US armed forces in the South and, eventually, a full-scale conflict.

The team had cut through the wire fence of the heavily-mined demilitarised zone (DMZ) that divides the two Koreas shortly before midnight on January 17, within 30 meters of a manned US military position.

The infiltration went smoothly and they made rapid progress towards the South Korean capital when they suddenly came across the four villagers who were out cutting wood.

According to Kim, a fierce debate ensued over whether or not to kill the villagers.

For reasons never entirely explained, they opted to offer the four some on-the-spot ideological training, and then let them go with a stern warning not to raise the alarm.

The villagers promptly went to the police and the alarm was duly raised.

The commandos still managed to get within a few hundred meters of the Blue House before they were confronted by South Korean security forces.

A vicious gunbattle broke out and the commandos scattered, only to be picked off in a series of encounters that lasted more than a week as South Korean troops swept the surrounding countryside.

In the end, all but two of the infiltrators were shot dead.

Kim was captured, while another commando reportedly made it all the way back to the North where he later became a general.

A bound Kim was paraded in front of the TV cameras and, asked what his mission had been, famously responded: "I came to cut Park Chung-Hee's throat."

Forty-five years later, Kim works as a Presbyterian minister on the outskirts of Seoul and in February he watched as Park Chung-Hee's daughter, Park Geun-Hye, was sworn in as South Korea's first woman president.

After his capture, Kim was interrogated for about a year and then, much to his surprise, was released, partly on the grounds that he had never discharged his firearm.

He publicly renounced the North, married a South Korean woman, converted to Christianity and finally became a pastor.

Park Chung-Hee was assassinated in 1979, but at the hands of his own security chief.

For years, the small mountain behind the Blue House, Bukaksan, where the gun battles between the commandos and the securities raged, was kept completely off-limits to the public.

It reopened in 2007 and is now an extremely popular hiking trail, although walkers must pass through a security check, wear a special badge and are forbidden to take photographs or stray from the well-guarded path.

Near the peak stands a natural monument to the 1968 raid -- a crooked pine tree pockmarked with bullet holes that have been ringed with red and white paint. 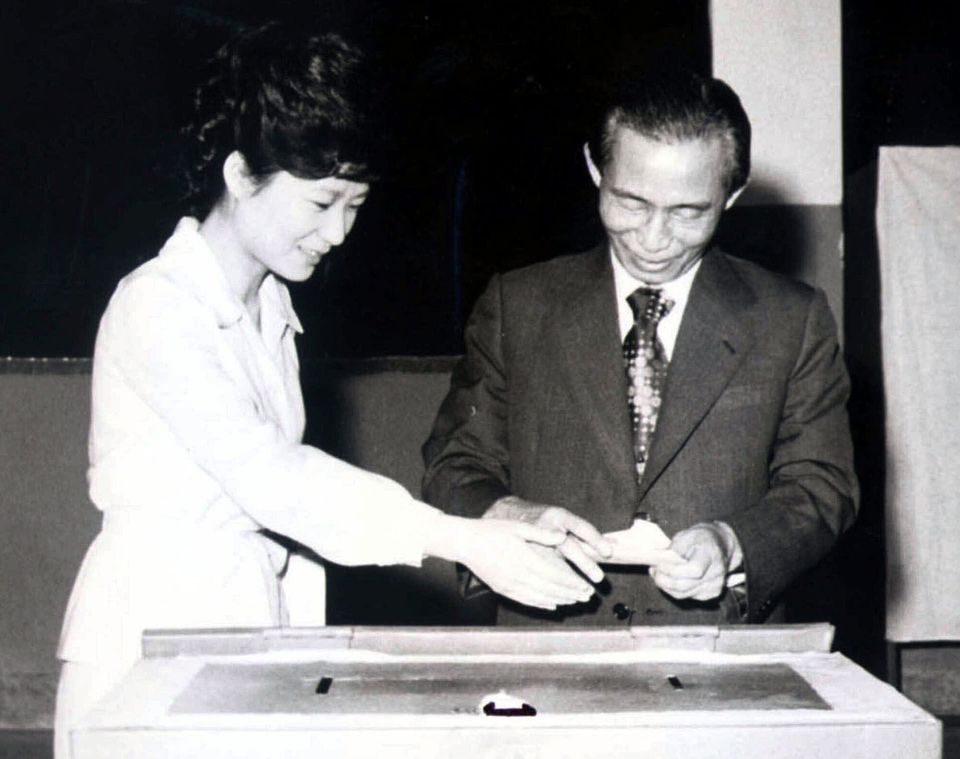