You know you've made it as a prankster when your fake McDonald's sign draws the adoration of fellow travelers and the ire of the park service in a remote part of Australia.

An "artist" caused a commotion in June by erecting a McDonald's "OPENING SOON" sign, 124 miles from the edge of the Simpson Desert Regional Reserve in Australia. Taking it down required one park ranger to take a major detour.

The prankster drove into the desert sometime during the Finke Desert Race in June and put up the sign, which can light up at night and makes for a striking eyesore in the flatland. Since then, fellow travelers have signed their names on the signage, and a four-wheel-drive group make a video about it using a drone.

But the Australian government isn't too happy about its pending Happy Meals. Consumerist reports:

The government dispatched a ranger from Port Augusta who then made the 12-hour trek into the desert to take it down recently, SA Environment Minister Ian Hunter said. Hunter pointed out that it’s illegal to put a structure in a reserve without permission, but admitted that the agency sees how it could be funny.

“It is very humorous but we particularly don’t want people searching for a sign off the tracks, damaging the fragile landscape and putting themselves potentially at risk in a very remote location,” he explained.

The anonymous defiler told The New Daily that the joke was "12 months in the planning."

The suspect plans to keep adding "installations" to the desert. When asked why, he told The New Daily, "Why not?"

PHOTO GALLERY
Signs In The Sand That Remind Us To Dream Big
Download
Calling all HuffPost superfans!
Sign up for membership to become a founding member and help shape HuffPost's next chapter
Join HuffPost 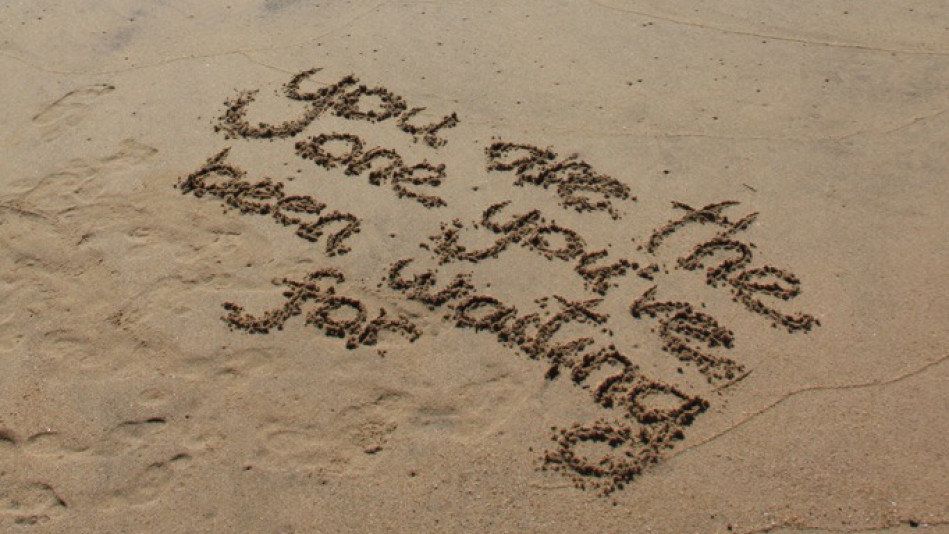