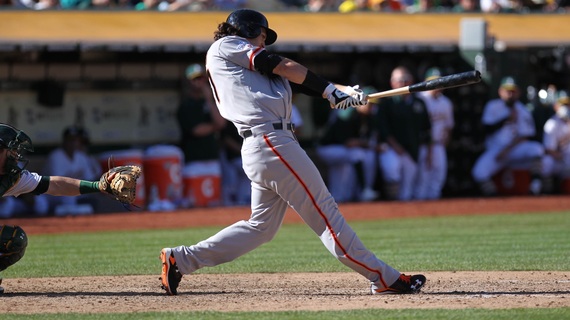 Oakland, CA -- Sometimes even the best pitchers are nervous. What was supposed to be the matchup of the year turned out to be a game to remember for rookie Jarrett Parker. He stole the show with three homer runs, including a grand slam that gave the Giants a 14-10 victory over the A's.

"It was the best offensive game, I've ever seen," said San Francisco's manager Bruce Bochy. "To do what he did today was truly amazing. He makes it look easy and we needed it the way the game went. This is something he will never forget or I, or the whole club. We all were all in amazement with what that kid did today."

It's an unusual situation in baseball to have two former teammates pitch against each other while playing for both teams in a matchup. But for Barry Zito and Tim Hudson who were both apart of the "Big Three" in Oakland. Also won a World Series with the Giants. Today, they faced each other on the mound in the Bay Bridge Series. 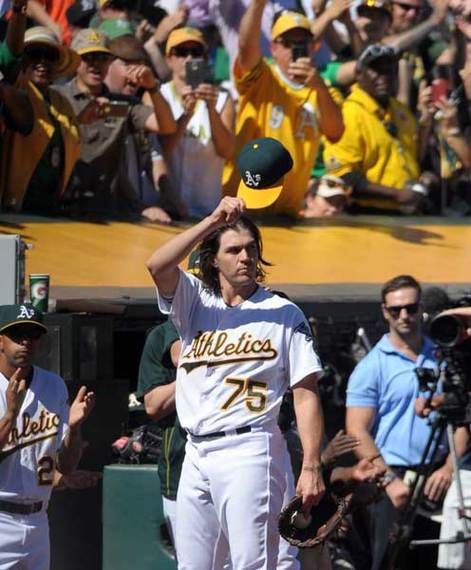 "It's really cool because there are so many story lines," Reliever Sean Doolittle said. "Zito taking a year off and grinding it out all year in Triple-A. He didn't have anything to prove, his career speaks for itself, this is something he wanted to prove to he could do. It's awesome. You couldn't have scripted it any better. A lot of people don't have the opportunity to have closure like this."

Unfortunately, it wasn't the start either pitcher imagined. Hudson lasted one and a third innings after issuing two walks that resulted in two runs and two hit batters that led to one unearned run. He gave up one hit and walked three before exiting to a standing ovation in the second. Zito outlasted his counterpart one batter, he was replaced after yielding a leadoff walk to Buster Posey to start the third.

"There's a lot of fanfare around this game," said Ryan Vogelsong. "I think its cool their both getting recognized about what they did because there are a lot of guys in this game they don't get to have that. A lot of guys have to walk away from their last game just throwing their jerseys in the laundry. So its special have the recognition as your going out, not everyone gets the Derek Jeter or Mariano Rivera treatment." 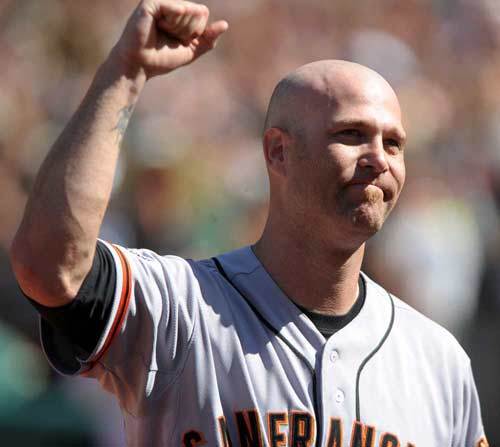 The fanfare and hype definitely overshadowed the actual game because both pitchers performance was below par. The A's defense let a few opportunities squandered past them in keeping runners off base. Nonetheless, Zito gave up a two-run double to Marlon Byrd in the first, a solo home run to Parker and a RBI single to Kelby Tomlinson in the second giving San Francisco a 4-0 lead.

But Hudson allowed Oakland to get back in the game by keeping the bases loaded walking in three runs. With no outs he walked in two batters making it a 4-2 game. Hudson hit two batters, the second walked in a run. Bochy saw enough and replaced the righty in the middle of an at-bat. Ryan Vogelsong took over forcing Josh Reddick to hit into a double play to end the inning.

"It didn't turn out exactly who I drew it up, but it turned out to be a good day," Hudson said. "It was a day with a lot of emotions going on. I lost a feel for the strike zone and couldn't really find it for whatever reason. I wish we both could've done better, it just wasn't the case today. But both of us will appreciate this day forever." 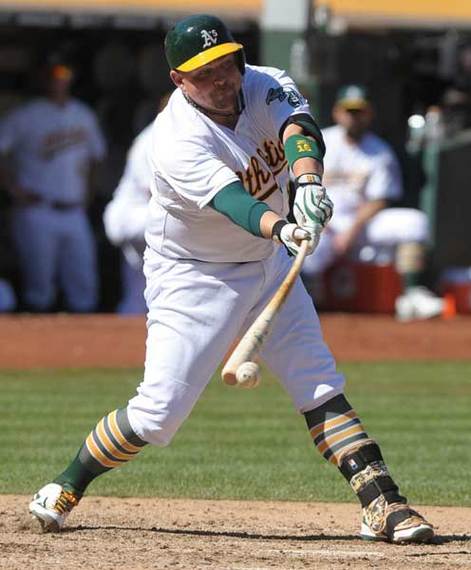 After Zito walked off to a standing ovation, the game returned to some normalcy. The A's offense exploded scoring five runs in the third. Danny Valencia led off the frame with a single, Stephen Vogt followed with a double and Eric Sogard drove them both in with a two-run double. Billy Burns doubled scoring in Sogard and Mark Canha doubled to center field, where the ball dropped in between both Parker and Angel Pagan extending Oakland's lead 8-4.

The Giants didn't give up hope, they scored three runs trimming the A's lead down to one in the sixth. Trevor Brown hit a double and Pagan followed with a RBI single. Matt Duffy scored in Pagan with a double and Buster Posey drove in Duffy with a RBI single. Oakland's defense fell apart allowing San Francisco an opportunity to get back in this game. But Billy Butler kept the A's alive when he went deep with a two-run homer making it a 10-7 game.

"I just tried to keep it simple and stick to my game plan," said Parker. "Three home runs, I don't think I've ever done that before, that's pretty wild. Thinking about it now, it's pretty crazy."

Parker homered two more times in the seventh and eighth. He brought the Giants within one point on his second home run. His third was a grand slam putting the Giants ahead 14-10 and sealed their win. Parker became the teams first rookie ever to hit three home runs in a game. He is also the first to have three home runs and seven RBI in a game since Willie Mays who had four home runs and eight RBI on April 30, 1961 at Milwaukee.