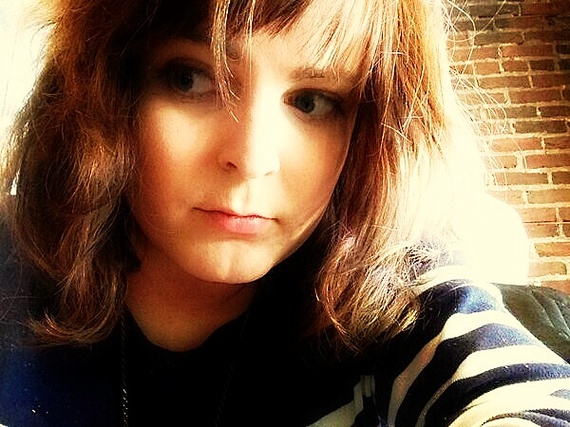 Recently a public dispute erupted between the transgender old guard and the new wave of trans* advocates and journalists. This kind of thing is not new. When I was a young transgender woman coming to terms with my own gender identity, I recall vividly how many transsexuals found it offensive to be lumped in with crossdressers and gender queer individuals. I don't think I quite understood the concept yet of "transsexual separatists," but I often heard women speak about the differences between transsexuals and transgender people. Most of the transsexual women I knew had gone to Trinidad, Colo., in the 1970s and had received what was then called a "sex change operation." These women were students of Dr. Harry Benjamin and had been convinced that once they had physically transitioned they must join "straight" society and then marry and live obscure lives in the suburbs.

I must be clear here when I tell you that Benjamin was a pioneer in recognizing that trans* people deserved the best medical care known to him at that time. From all accounts he was a doctor who understood that people presenting as gender-variant required a doctor to oversee their transition. On the other hand, Dr. Benjamin still did not understand that gender is not binary and in many instances, he pushed patients to learn to be attracted to members of the opposite sex. These were the very early days of gender confirmation in the United States.

Over the course of the following 50 to 60 years, much has been learned about the spectrum in which gender lies. The purpose of mentioning the early days of the transgender moment is that it directly connects to what our community is presently experiencing.

There continues to be a rift between a number of transgender activists and the new group of trans* intellectuals who come from a variety of backgrounds. So many of the old guard do not understand that modern transgender people have as much a right to their feelings as anyone else struggling for acceptance. There are also lifestyle, background and experiences that shape the modern trans* advocates and journalists in the struggle.

On a personal note, I began my life exploring the drag communities of in my area. I had grown up being ridiculed for being a feminine boy and like many other trans* people, I assumed that I was gay. Naturally, I found myself accepted and appreciated in the drag nightclubs and counted among my dearest friends other drag entertainers and gay men. Even after I started to transition, I remained friends with those early people who accepted me and to this day I feel very protective and in love with the gay community.

That is why it was so confusing when I read the massive amount of hate-filled reactions to journalist Parker Molloy's piece in which she took to task RuPaul's Drag Race for perpetuating negative words in a previous episode of Ru's show. What went from an online conversation about the usage of loaded words like "shemale" turned into a full-blown retaliation by viewers. People who previously have been part of the transgender rights movement equally joined in with hit pieces directed at Parker, and this has gone on now for weeks. Everything from Parker's qualifications as a journalist to personal attacks against her as a trans* woman have been common in the fallout.

I stayed out of this fiasco due to my work in my own community. But, once I read a hit piece by legendary trans* advocate and Hollywood insider Andrea James, I decided that it was time to sit down with Parker and allow her an opportunity to address the inaccuracies that have been leveled against her. I would also like to mention that despite remaining quiet on the issue, I found myself blocked from contacting RuPaul across all of his social mediums. So much for his attempt to foster love and understanding.

I caught up with Parker to speak about a number of remarks made against her and to correct some inaccuracies that have been published. I asked Parker how she was coping and her plans to address these remarks leveled against her. She said, "I have been hurt by many of the stories written about me which have taken out of context much of what I've written." She goes on to say that, "A lot of what was written about me was unfair and did nothing to help bring about dialog regarding the usage of transphobic slurs in mainstream media."

In responding to the op-eds published by Calpernia Addams and Andrea James, Molloy stated, "I have a great appreciation for both Calpernia and Andrea. I adore them and I am aware that they have been tireless pioneers in the trans* movement." She goes on to say that she does not actually hate RuPaul and that she was caught up in a moment and nothing more.

When I asked Parker about her infamous tweet -- "I f***ing hate RuPaul" -- Parker again elaborated that she does not actually hate RuPaul. She says, "It was an off-the-cuff tweet that I never expected to get such press." Andrea James spent quite a bit of time crafting a few essays on the difference between the old guard of trans* advocates and the emerging group who are struggling for acceptance outside the safe enclaves of New York and Los Angeles.

I don't blame Andrea James for wanting to defend the people she works with. She is a trans woman who has forged a life and identity around the work she does in Hollywood. One misstep, an incorrect word, and she could find herself on the outs with production companies such as World of Wonder. That is her livelihood. And, much like RuPaul and others in the entertainment industry they must continue to defend the companies who keep bread on the table. But at what time did they decide to stop defending the rights of trans* people across the country just to hold their positions in the entertainment industry.

I brought up the online campaign by outsider artists and LGBT allies, Penny Arcade and the legendary Jayne County while chatting with Parker. She said, "I have a great deal of respect for both of those artists and I was hurt that they chose to attack me based on a piece I wrote."

For the record: Parker Molloy still has a great respect for these women and many others who have taken her to task about her writing. She hopes that this can be a learning lesson for all of us in our community and that we can grow stronger and unified in the movement.

Parker says she wants to continue bringing to light the conditions transgender people face when it comes to homelessness, access to health care, unemployment and the myriad issues which impact our community.

Something else Parker wants to make clear is that unsavory personal attacks against her have been unfair and just spiteful. Through all of this, Parker remains dedicated to telling the stories of trans* people from all over this nation.