Years ago, I was interviewed by famed KGO Radio talk show host Ronn Owens and was impressed by his asking just the right questions. Interviewing is a subtle skill, and what seemed like casual conversation -- warmth and encouragement spiced up with humor -- was in fact a friendly interrogation. Afterward I felt as if my brain had been vacuumed.

With a new book on stem cells coming out next month, naturally I thought of the Bay Area's legendary journalist, only to find out he was just recovering from surgery for Deep Brain Stimulation (DBS) to ease the symptoms of his Parkinson's disease.

Asked what he was doing in the hospital, Owens replied:

"Just the normal thing, go in and have a couple holes drilled into your head and have some wires put in."

DBS has been called a pace-maker operation for the brain. A battery device the size of a silver dollar is put under the skin near the collarbone, with a wire going up through the neck into the brain; there it will produce mild shocks to counteract the "abnormal nerve signals that cause PD symptoms".

If all goes well, many of the problems of Parkinson's (tremors and shaking) will be considerably reduced, perhaps for 5-7 years. And, conveniently, if something better comes along, the device can be removed.

To me as a non-scientist, it sounded great. If I had Parkinson's, I would definitely investigate it.

But DBS does not solve the problem: it does not slow neurodegeneration -- the breakdown of the nerves.

If you visit the California Institute for Regenerative Medicine (CIRM) website, you will find about two dozen approaches (at a cost of $44 million) attempting to defeat Parkinson's.

This is as it should be. PD afflicts millions of people around the world, an enormous burden to families and nations. We need to try many ways until we can find the cause, and implement the cure.

Remember Thomas Edison and the light bulb? He and numerous scientists went through thousands of substances, looking for a filament that would carry the light inside the bulb. They finally settled on--carbonized bamboo. When that worked, the world changed.

Everything depends on funding. Here is Dr. Jeanne Loring of Scripps Institution, and the Summit for Stem Cell Foundation. Dr. Loring has had CIRM grants in the past, and hopes for another, this one to challenge PD. Here is how she would fight:

"...The idea is simple; we obtain skin cells from patients and turn them into pluripotent stem cells. Then these cells are made into neurons that make dopamine, with the plan to put those neurons back into the brains of patients to replace the cells that have died. Currently, we have a plan to obtain FDA approval for the therapy in two and a half years, and estimate that it will cost $7.3 million reach that goal ...we are hopeful that there will soon be opportunities for us to apply for... CIRM funding."--Dr. Jeanne Loring, personal communication.

Stem cells may help the body produce the dopamine, the natural chemical which makes motion smooth and coordinated.

If there was a variety of healthy nerve cells ready to go, the right match could be available for someone in need. This would save time searching-- and prevent the body from rejecting the transplant.

Or, stem cells could be used as a disease model: to test new therapies and medications, to find the cause and cure of the disease.

Dr. Xinnan Wang's work at Stanford University begins with skin cells taken from a Parkinson's patient. She then re-programs the patient cells back to an embryonic-like state. She turns these cells into the nerve cells affected by Parkinson's -- and here it gets exciting.

Dr. Wang's idea is this: in a Parkinson's-affected nerve cell, the mitochondria (the power sources of the cell) are damaged. A healthy body is able to sweep away the damaged mitochondria, as with an invisible broom. But if the "broom" is not working right, damaged mitochondria will just stay there, and essentially rot, spreading poison through the cell. When the nerve cells become intoxicated, the body can't control itself, and the tremors and shakes begin.

"But if you could fix the broom, the body might get rid of the poisons in the nerve cell -- and maybe cure Parkinson's." -- Xinnan Wang, personal communication. 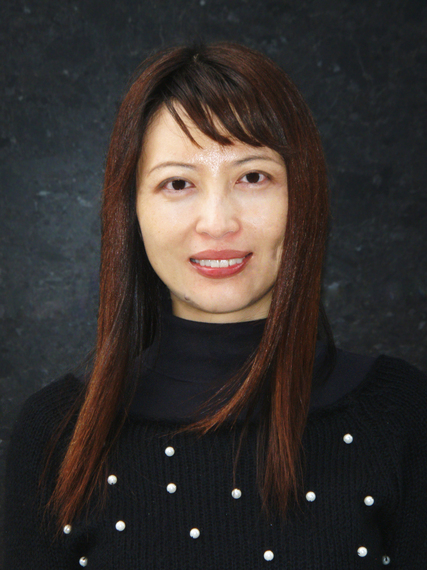 Do you see why scientists all across the world are excited about the California stem cell program?
Here, thanks to the vision of the California voters, it is possible to take the risk of making a mistake -- to try new ways -- to challenge incurable disease.

Edison needed thousands of tries to get the light bulb right; what if he had only had the money to try five or six? The world might still be groping in the dark.

If we want to save lives and ease suffering, we might consider California's example, and make funding available to pay for the research. If every state had a department of regenerative medicine, imagine the progress we might make!

And Ronn Owens? He is recovering nicely. I am sure you will join me and the San Francisco Bay Area in wishing him a speedy and full recovery.

Don C. Reed is the author of the forthcoming book, "STEM CELL BATTLES: Proposition 71 and Beyond: How Ordinary People Can Fight Back Against the Crushing Burden of Chronic Disease", available for pre-order now at Amazon.com.