None of us want to face it, but the time has come to say our goodbyes. After seven seasons, the "Parks and Recreation" gang will part ways in Tuesday night's series finale. We've already ranked the best recurring characters, but now we honor the true heroes of Pawnee.

They fought to build parks in empty pits, ate all of the bacon and eggs, investigated special-agent crimes, hated life, baked calzones, treated themselves and even (unwillingly) had multiple name-changes. Get the tissues ready and the waffle iron hot. Here's why we love you, former Pawnee Parks Department employees: 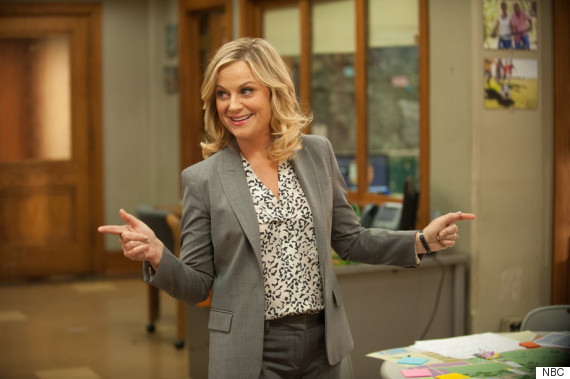 Why we love her: I could easily write a blurb for every single one of these characters, especially Ron. But are we measuring them by who is funniest? Most endearing? Most AMERICAN? There's an argument for every single member of the cast being THE BEST (except Jerry ... I mean, Garry). But the glue that holds them all together is Leslie. She has always been the emotional core of this show. She kept things grounded through the rough patch that was Season 1 and allowed the universe to blossom into the absurdist masterpiece it's since become. I'll miss you, Leslie, you wacky, breakfast-food-loving feminist. I will live every day like it is Galentine's Day forever in your honor. Uteruses before duderuses! -- Lauren Duca 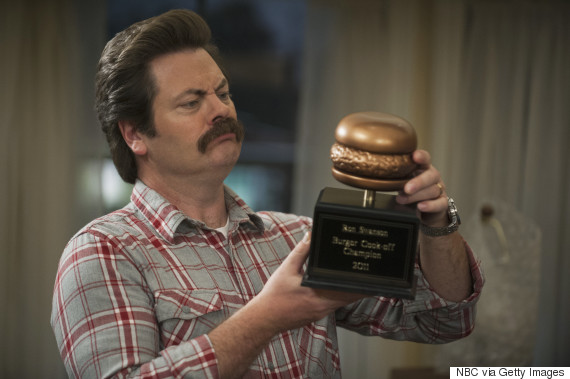 Why we love him: It took a couple of seasons for the Internet to become fully obsessed with Ron Swanson -- partly because the character was at first just a shadow of the gold-hiding oak he'd become -- but by now it seems a given that this wise and mustachioed man might just be immortal, despite all the Lagavulin scotch drinking. Although the character certainly wouldn't want your recognition and if you didn't forget his name, would probably quickly paddle down a river away from you in a canoe he built with his own hands, the Pawnee swan song is certainly a sadder tune than even "5,000 Candles in the Wind." I remember during the summer of 2011, when Swanson-mania was particularly high, when you could barely go a day without another grocery store or diner offering a Swanson special on bacon and eggs, and there'd constantly be new fan portraits and products devoted to his manliness. I ended up buying a Swanson pillow-doll that loomed over my college dorm room, thankfully saying as little as the onscreen character.

In my mind, Ron was fully realized in the Season 3 episode "Go Big or Go Home," in which, at the North Pawnee Recreation Center, he coached a team of youth basketball via the "Swanson Pyramid of Greatness." Using the pyramid, this team could turn from boys into men, from men into gladiators and from gladiators into Swansons. During the practice, he taught the kids the value of capitalism -- or "God's way of determining who is smart and who is poor" -- shaved multiple heads and prepped these children for how to live honor-filled lives. They might not have won the game due to a Tom Haverford-caused forfeit, but just as "Parks and Recreation" may never have been a champion of ratings, Swanson and those he mentored will live on forever, albeit somewhere in an undisclosed location. -- Todd Van Luling

Why we love him: We can always count on Ben Wyatt, Human Disaster Pawnee's resident geek, to teach us an excess of unnecessary "Star Wars" facts. His adorable nerdiness echoes the inner dweeb in each of us -- at least those who would equally freak out over seeing the Iron Throne. He's the kind of hard worker who somehow finds time to re-watch TV series for plot holes, write "Star Trek" fan fiction while running a congressional campaign and bake low-calorie calzones. But beyond that, Ben is consistently the voice of reason among the "Parks" gang. He helps Leslie focus her overzealous goals and solves problems pragmatically, but in his own style (like fixing the Wi-Fi in a Batsuit). We'll miss you, Ben, but at least we'll always have those precious two seconds of "Requiem for a Tuesday." -- Erin Whitney

Why we love him: Andy Dwyer is known by many names: Johnny Karate, Burt Macklin, Kip Hackman, the lead singer of Scarecrow Boat, Nothing Rhymes with Blorange, Nothing Rhymes with Orange, Fiveskin and, of course, Mouse Rat. Under most definitions of intelligence, Andy is kind of stupid: Chris Pratt plays him as if he's in a body-swap comedy where a golden retriever switched places with a Dave Matthews fan. But his loyalty, loving heart and positive attitude are a microcosm of what made "Parks and Recreation" so wonderful. "I have no idea what I'm doing," Andy once said, "but I know I'm doing it really, really well." Shine on, Andy. Your karate gi will live forever in the rafters of my mind. -- Christopher Rosen 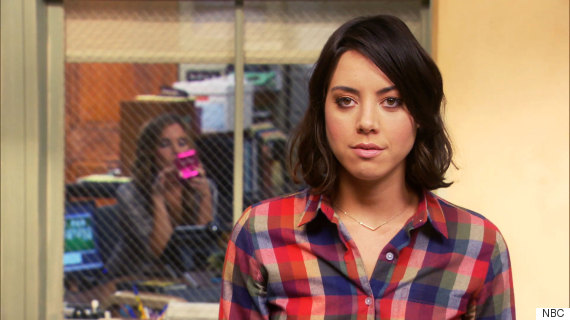 Why we love her: Everything sucks and the world is garbage, but if there's one Pawnee-ian who can make us marvel at the twisted, tiny absurdities in Southern Indiana, it's April Ludgate. There is no other actress on TV who has perfected the art of deadpan quite like Aubrey Plaza, and she uses her delivery as the perfect antidote to Leslie Knope's sunny demeanor. She's softened a bit since we first met her as a surly city-government intern, but deep down she's still just a jealous vampire trying to poison people. Long live Janet Snakehole! -- Jessica Goodman

Why we love them: I couldn't fathom choosing which half of the Treat Yo' Self duo we should appreciate more. Tom Haverford and Donna Meagle are equal parts (Rent-a-)swag, (Mercedes-sporting) sophistication and ridiculous guilty pleasure. Most importantly, they taught us there's nothing wrong with morphing into a "cashmere velvet candy cane," eating Peter Bogdanovich's saltwater eel or encouraging your pal to release his inner Batman. You can buy merchandise in their annual tradition's name, or you can just incorporate their general enthusiasm for clothes, fragrances, massages, mimosas, fine leather goods and "the best day of the year" into your sorely lacking life. They've taught us so much. -- Matthew Jacobs 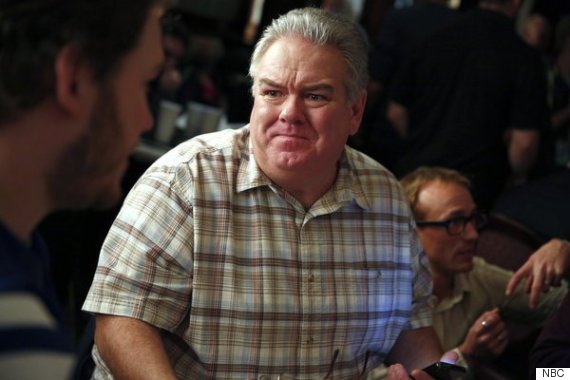 Why we love him: The “Parks and Rec” characters have come a long way since the show began, but none have changed as much as Garry Gergich’s name. He has been called Jerry, Larry and even Terry. Why? Because he’s just that guy who gets on everyone’s nerves for no apparent reason. You know that guy. There’s one at your office, too. It’s that nice person with a great family who’s the reason you walk the long way to the bathroom to avoid conversation. Now, the show is ending, and just like when you go to a new job, you realize you’re really going to miss that person, even if he did make you test your bladder limits. So goodbye and thanks for the good times, Jerry … er … Terry … you know, whatever. -- Bill Bradley