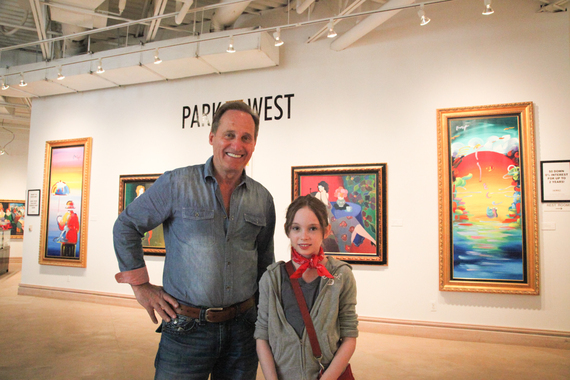 I continue on my journey to share with you some of the world's creative geniuses. These individuals turn their imaginations into reality. They all share a common mission to make the world a better place, may it be through innovation, creativity or both.

Meet Albert Scaglione, Founder and CEO of Park West Gallery, "the world's largest art dealer". Scaglione wants everyone to experience the beautiful effects of art and has a mission to make art accessible in a way that hasn't been done before. As a young man, his passion for art became stronger than ever, partly due to seeing how much it meant to his parents to receive a piece of art as a gift which he saved up to purchase for them. "They wouldn't have ever thought they could afford to buy art for themselves, stated Scaglione." Scaglione discovered at that moment that he needed to bring that same emotional experience to the masses. Scaglione began his career as a professor at Wayne State University in Detroit, but soon realized that he had another calling that had nothing to do with being a professor. Armed with a decisive mind about which direction he would take his future, Scaglione left Wayne State to do the unexpected; become a creative entrepreneur and open an art gallery. 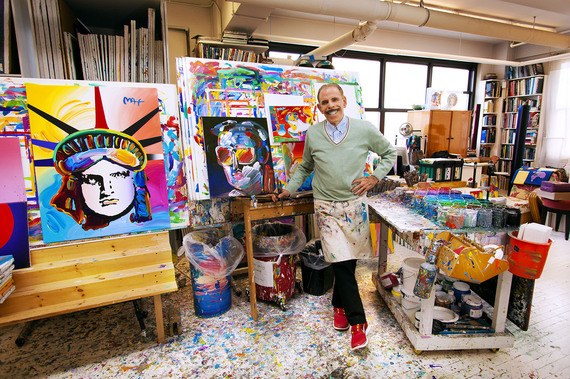 Success came in the late '60s when he met Peter Max and became one of his most important art dealers. Along the way, Scaglione made connections with some of the art world's elite and has been instrumental in introducing the American public to the works of such artists as M.C. Escher, Marc Chagall and Joan Miro. Discovering new masters and finding pieces of the old masters, Scaglione is like an Indiana Jones of the art world. Today, alongside his wife, Mitsie Scaglione, Albert has had an opportunity to make an impact in the industry. For example, Park West currently has one of the largest collections of Picasso graphics, all of which have been built through auction houses such as Sotheby's and more. They proudly stand behind every work of art they sell with a certificate of authenticity and has never sold a piece of non-authenticated art in their 40 year history. Beyond art, both he and his wife are deeply committed to serving their community, and do so by providing monetary gifts and art collections to a variety of charitable organizations each year. They are excited about some great charitable projects in the works with Romero Britto and Guy Harvey to name a few. I had the pleasure of catching up with Mr. Scaglione in between one of his art adventures. 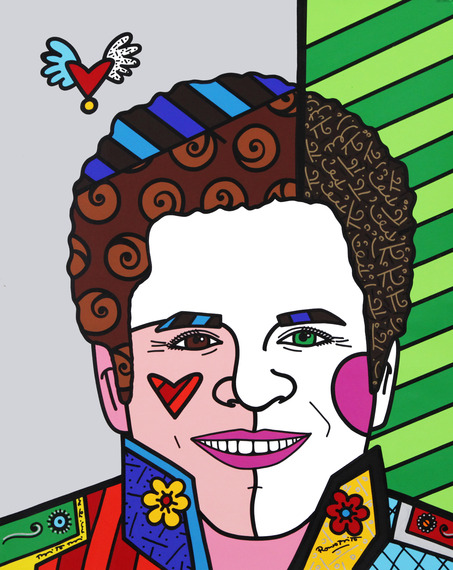 NOVA: What about art inspired you to found Park West Gallery?
SCAGLIONE: I came from a middle class family and studied to be an engineer but art really became a constant pulling in my life. When I was 16 years old I applied for a job at an art gallery. I took the job and it was fascinating. I worked there for 2 summers. When I was in highschool I dressed in a suit everyday. I like suits, ties, fashion and shoes. I liked looking right. When I was at Wayne state, teaching engineering, I kept wandering over to where the artists were. I decided to leave teaching and open an art gallery.

NOVA: Who are three of your favorite artists, past or present, and how does their work stand apart from other artists?
SCAGLIONE: It depends on the day. For now my favorite is Yaacov Agam. Isreali born, Agam takes you to a different place and time. Peter Max is an amazing colorist and humanist. He did 6 statue of liberites for Reagan. He came out of Berlin, and his family moved from China to Isreal. M.C. Escher does these impossible things such as staircases that go up and down at the same time. He builds these impossible structures, such as reptiles that morph into birds. He was Dutch and a very fine man. Our real niche is to work with living artists. We are in studios constantly.

NOVA: Who has been the biggest influence on your life as an entrepreneur and why?
SCAGLIONE: There are a confluence of influences. First and foremost would be my parents. I was not a good student in highschool. I had so many things that I was focused on: money, job, life - I just couldn't focus on school. However, they said to me that I could do anything that I want to do. They said that I had great gifts from the Lord and all that I just have to do, is do. I got the same thing from my wife and the people around me.

NOVA: What is a memorable experience that has helped to shape your career?
SCAGLIONE: I think that dropping my books and opening an art gallery. The defining moment was saying that this is my new career and I see blue skies and good things happening and then decided to walk away from my doctorate and 11 years in Academia. I did it cold turkey, took a mortgage on my house and it worked!

NOVA: What can others learn from your success?
SCAGLIONE: Hard work, passion and dedication. They are going to take you a long way to achieving your goals. You have to be passionate and be willing to work your butt off. I remember a very famous quote from Ted Arison, founder of Carnival Cruise Line: "The guy that works the hardest wins." If you decide, you can't be outworked.

It was a true pleasure getting to know Albert and learning more about his passion for bringing art to the masses. You can read more of the interview in Volume 22 of Raine Magazine, the Art Edition.
-Nova Lorraine, Editor in Chief of Raine Magazine. www.rainemagazine.com