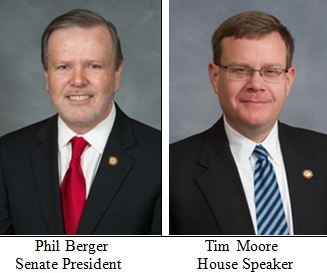 If Republicans in North Carolina's general assembly don't permit repeal of HB-2 in the very near future, North Carolina could lose six more years of NCAA events. That would be disastrous, and North Carolina Republican legislators will have to own that disaster if they don't permit a fast repeal of HB-2. Owning that disaster will likely hurt such legislators even with their socially-conservative base as that base learns more of the truth about HB-2. As the truth gets out, it's hard to see how even the most extreme gerrymandering can keep the authors of HB-2 in office especially as the State continues to suffer one economic blow after another.

And what is that truth about HB-2? The bathroom provisions of HB-2 are poorly drafted with neither teeth (HB-2 contains no penalties for ignoring the bathroom provisions--not even so much as a penny fine) nor a clear and unambiguous statutory meaning that makes them worth defending. Additionally, other provisions of HB-2 hurt workers even after a so-called partial "fix" by targeting women, children, and other workers by limiting, for example, timing for their rights to sue for gender, religious, and other discrimination and by limiting possibilities of further child labor and minimum wage requirements.

To see what I mean about such unclear meaning (or "bathroom babble"), let's look for example at Section 115C-521.2 (b) which "reads" as follows: "Single-Sex Multiple Occupancy Bathroom and Changing Facilities. - Local boards of education shall require every multiple occupancy bathroom or changing facility that is designated for student use to be designated for and used only by students based on their biological sex." This hastily-passed language can be found here and can be read in multiple ways that don't make real-world sense or protect women and children in ways claimed.

First Possible Reading: Taken literally, student bathrooms are to be "used only by students" and thus not by teachers or other adults or nonstudents. Must we therefore add bathrooms for everyone else including teachers? Are teachers breaking the law by using bathrooms also used by students even if the students are of the same sex as the teachers? If we construct such additional teacher and adult bathrooms, are students breaking the law if they use these additional bathrooms?

Second Possible Reading: Since adults aren't expressly mentioned in the language and are therefore not expressly excluded, can adults therefore use the student bathrooms after all? But if so, wouldn't that mean the "based on their biological sex" qualifier can apply only to students since the qualifier is only used with respect to students? Could transgender adults therefore use the student bathrooms? How does this "protect" children from transgender adults?

Further Possible Readings Turning on the Use of "Based On": If we take it literally, the phrase "based on the biological sex" of course means just what it says: "based upon" rather than something more restrictive like "of the same biological sex." A restroom that allows all genders is also one that is literally "based upon" biological sex just as would be a restroom restricted to just one biological sex. If the statute were drafted more precisely, we might appeal to the title to clear up any ambiguity: "Single-Sex Multiple Occupancy Bathroom and Changing Facilities." However, the title uses the term "Single-Sex" rather than the term "Single-Biological-Sex" which the statute takes pains to define. Does this suggest potentially-different meanings for the terms? Why bother to define "biological sex" if it means the same thing as "sex"? Does this thus suggest that "sex" is broader than "biological sex" and thus includes more such as the sex to which one identifies? I don't know but I don't find any clear answers in this part of the text. Could another section like subsection (c) regarding accommodations save the day? It provides in part that "in no event shall [an] accommodation result in the local boards of education allowing a student to use a multiple occupancy bathroom or changing facility designated under subsection (b) of this section for a sex other than the student's biological sex." But how much would this really help? First, by focusing only on students it underscores the adult vs. student usage confusion noted above. Second, a bathroom generally open to all students "based upon" "biological sex" in the broader sense noted above would not seem to need any exception implied by the accommodation language of subsection (c). Third, maybe the provisions are just flat out inconsistent leaving us back again in a maze of ambiguity.

The citizens of North Carolina voted Pat McCrory out. He is gone and Senate President Phil Berger and House Speaker Tim Moore are now the more frontline faces of HB-2. Repeal of HB-2 is therefore in their political interests if they do not wish to remain frontline faces of such failed legislation. Voter disillusionment with the law will no doubt be reinforced as voters learn more and more about how other provisions of HB-2 (even after a partial "fix") go after women, children, and other workers by limiting, for example, timing for their rights to sue for gender, religious, and other discrimination and by limiting possibilities of further child labor and minimum wage requirements.

If Berger and Moore nonetheless remain firm and litigation continues, I hope our courts will reconsider the State Constitutional reading requirements for legislation in ways I have previously suggested. Had this legislation not been rushed through in a day, perhaps the embarrassingly-poor legislative drafting discussed above could have been avoided. In any event, I would hope that the non-bathroom damage done by the bill would have been detected and deleted.

Regardless of what Berger and Moore do, this current mess makes no sense. It's hard to see how the toothless, ambiguous bathroom language of HB-2 "protects" anyone other than perhaps employers whose employees have more restricted rights as a result. Let's repeal this political mess that backfired on McCrory and will backfire on Berger and Moore as well if we don't move on.