In 2005, I was a criminal defense lawyer in Springfield, Missouri. I spent nearly 20 years defending people accused of the most serious crimes imaginable. I developed a reputation for winning, for aggressive cross-examination, and most of all the dedicated work of "leaving no stone unturned." I loved the courtroom and everything that surrounded it. I loved the minutia: what many would call boring but what I called the difference between the death penalty and a not guilty verdict. I reveled in learning new things about DNA testing, blood spatter, gun shot residue or carpet fiber analysis. I didn't really think about the money, but I made a lot of it. I came to the realization, however, that if I did not find a new career that this one would probably kill me. And not even so much from the myriad of death threats, although those were certainly shocking). I began to stop loving it and ultimately could feel it's toll in my body -- specifically in my chest.

After a nice stay in the hospital, my doctor explained that my chest hurting was not a heart condition. (Note to lawyers: if you tell your doctor that your chest hurts he/she will put you in the hospital.) Not a heart problem, he said; but I should talk to a psychologist. So I did that.
While the law is noble work filled with many attorneys who proudly and valiantly fight to defend their clients, there are some who should have left the profession long ago.

I remember listening to some of the older lawyers sitting around the "lawyers lounge" (a room for lawyers with a Mr. Coffee pot) on the ground floor of the courthouse, complaining about judges, life, clients, other lawyers, life, and life. I did not want to be that. I did not want to be 70, drinking coffee with the boys and bitching about my life while I waited for a hearing in court.
People have asked me if there was a "moment" when it hit me that I knew I had to leave the lawyering business. Yes, there was a moment. It was just before closing arguments in a murder case that was particularly emotional for me and it struck me that it was over. I won that case and continued my successful practice for several more years but I knew I needed to begin searching for another passion.

I had no hobbies -- except for taking my daughter to Backstreet Boys concerts -- and didn't know how to be comfortable outside of a courtroom or the office. So I prayed a simple prayer every day for five years that went like this: "Dear God, please give me something else to do." My type A personality ensured my radar screen was filled with dozens of business "opportunities." I did eventually take up a real hobby: grilling. I bought a Big Green Egg and then a second one. 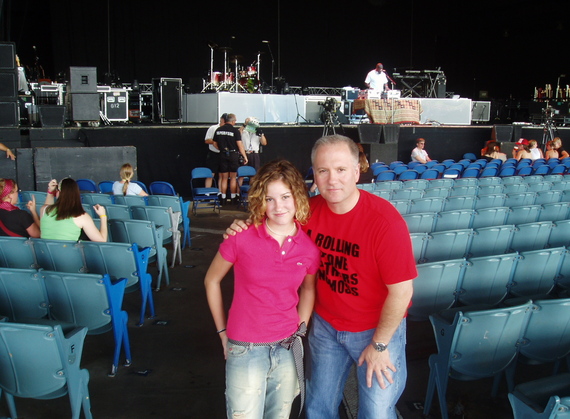 My path winded from BBQ ribs to baking to making chocolate desserts to . . .

On my way home from a funeral of a distant relative in 2005, in a flash, I had the idea to "make chocolate from scratch" but it must have been the more concretized version of a crazy notion that has been fluttering around in the recesses of my brain for some time. And why not? It was certainly a challenge and I thrived on challenges. Within a few months of that flash I was in the Amazon studying cocoa farmers' post-harvest techniques and how they influence the finished chocolate's flavor. 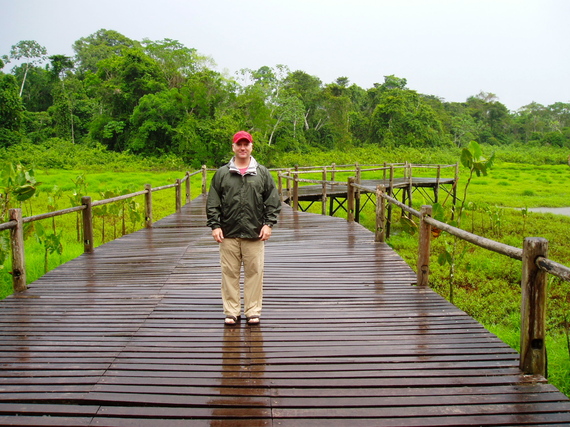 I was inspired in the Amazon and upon returning to Springfield I put my plan together of how I intended to leave my practice and start a chocolate factory. I got a table top grinder and my first small bag of beans and started making chocolate in the kitchen. My wife, Caron, wanted me out of her kitchen so I started making it in my law office kitchen. 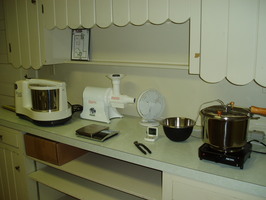 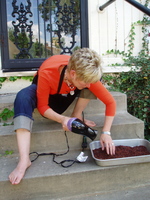 Secretaries and paralegals helped me. It was not uncommon for me to be in court on a serious felony case in the morning and making chocolate in the afternoon. I took on a law partner to help me wind down my caseload. In time, we bought and restored a building in an area of town that needed people to buy and restore buildings. Then there was the 100 year old 6,000-pound granite melangeur from Germany, and so on. I convinced more of the family to help -- especially my daughter Lawren, then a teenager, and my son-in-law Kyle. I put our entire life savings into this venture about 10 years ago.

I don't look back on my law career other than the occasional itch to cross examine a lying expert witness. I don't miss the money because Caron has managed to take the fraction [about 15 percent -- yes that's right -- read that again] of my former salary and make it work. People ask: "Did you always love chocolate? This must have been a lifelong dream." Not really -- to either question. I liked all chocolate, basically never met a dessert I didn't like. I was not a connoisseur of anything, did not know how to manufacture or fix anything, beyond a paper jam in our copier. But, I went for it.

Something happened once I took my first step to bring my plan to reality. I would like to report that the Universe opened up and obstacles magically disappeared, but that's not what happened. Other lawyers thought I'd lost my mind and tried to talk some sense into me. I appreciated their concern but my days in the lawyer's lounge were over and Askinosie Chocolate was born. 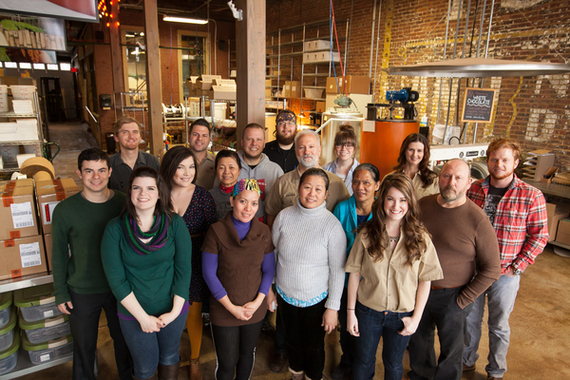 I am thankful I took the steps to listen to my body and mind about moving to another career even though it took me five years to find it. I wanted to do something with my hands and find a craft that would take me a lifetime to master. I have spent nearly 10 years and thousands of hours working on my chocolate making and business skills and have yet to reach perfection.

This path has given me the chance to love and serve in ways I never thought possible. I have been able to travel all over the world, start a company that turns a profit, allows us to share profits with farmers, and all the while produce award winning chocolate and sell it around the world. Our message is that a few people in a small company can have a big impact, all while creating a high quality product.

Stay tuned for Part 2: Thinking About Following Your Dream? Just double up on your Lexapro.