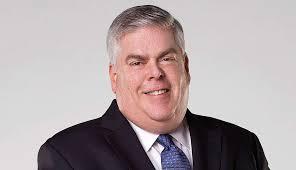 George: Welcome, welcome to Ideagen, Ideas Leader Radio. Today we have with us
Mr. Kevin Donnellan from AARP. Welcome, Kevin.

Kevin: Thank you, George. How are you?

George: Wonderful. Great to have you on Ideagen Radio.

Kevin: Delightful to be here.

George: Kevin is executive vice president and chief of staff for AARP. He provides the link
between the CEO and AARP's Executive and Leadership Teams working to implement
the enterprise strategy, solve problems, and deal with sensitive issues before they are
brought to the chief executive.

Prior to becoming chief of staff, Kevin served 8 years as AARP's chief communications
officer. Under his leadership, AARP has become a 21st century media conglomerate,
exploding the myth that Americans 50-plus are not wired into new communications
channels. In 2011, 12, and 13, he was named to the Influence 100, the world's 100
most influential corporate communicators, by the Holmes Report. As chief of staff,
Kevin continues to provide leadership and management for all internal
communications, executive positioning, and public outreach functions in the
enterprise.

Before becoming CCO in 2006, Kevin served AARP in a number of roles in advocacy,
director of grassroots and elections, and legislative and public policy that proved
critical to the growth and success of the organization.

Kevin is a member of the Ad Council Advisory Committee on Public Issues and chairs
the group's Committee on Community and Stewardship. He is a member of the
prestigious Arthur W. Page Society. He also serves on the advisory board of George
Mason University's College of Health and Human Services. He is a former chair of the
board of directors of the Long-Term Care Campaign and represented AARP on the
Leadership Council of Aging Organizations.

Kevin came to AARP from Capitol Hill, where he was executive assistant to
Representative Geraldine Ferraro. He holds Bachelor's of Arts and Master of Arts
degrees in government and politics from St. John's University in New York.
Kevin, my gosh, what an amazing bio and what an incredible impact on this country
and the planet for your work at AARP.

Kevin: Thank you, George. It's a great job and I love what I do.

George: Well, that's a beautiful thing and it's a great segue actually to describing for us and
our listeners, what is AARP's unique mission?

Kevin: Our mission is to enhance the quality of life for all of us, regardless of age, as we age.
We do that by championing positive social change and, we hope, delivering good
value for folks through advocacy, information, and service. We were founded almost
60 years ago by a woman named Dr. Ethel Percy Andrus. She gave us the motto "to
serve, not to be served." It is something we still to this day AARP very much lives by.
What we really see is a society in which everyone gets to live with dignity and purpose
and to fulfill their dreams and goals.

That so much describes what it is that we're doing. We're really trying to make it a
country where that everyone, regardless of age, gets to fulfill their goals and dreams.
George: Kevin, what an incredible answer and perspective on such an important issue
regarding aging and our entire population and the way AARP is truly making an
impact with your leadership as well.

Today we have with us Abigail Weiland as well from Ideagen. Welcome,
Abigail.

Abigail: Hi. Thank you. Kevin, thank you for that perspective on AARP's unique mission. I
would love to hear what inspired you specifically to join AARP.

Kevin: Sure. As you heard from the introduction George did at the top of the show, I worked
on Capitol Hill before coming to AARP. When I worked on the Hill, I spent a lot of time
focusing on aging issues, partly because the member of Congress who I worked with
represented one of the ... Her congressional district had one of the oldest aging
populations in the country. We spent a lot of time working on aging issues. That's
where I got into aging issues. When I decided to leave the Hill, I was attracted to AARP
because of their mission. I have to say, when I got here I thought, I'll do this for a
couple of years and then I'll try something else. Here I am now, 30 years later, still at
AARP.

The main reason I'm here ... Well, there are actually two. One is, again, the mission of
the organization. It's a fantastic mission. As I said earlier, I love what I do and I think
that's important. I think you have to believe in what you do and want to get up and go
to work every day and feel like you're making a difference, and I do.
Secondly, we have an absolutely fantastic staff here at AARP. Unbelievable
professionals who are all very much dedicated to the mission of the organization and
that makes this a great organization. That's why I joined AARP. That's why I was
inspired to join here, and it's why I've been inspired to stay.

Kevin: The gentleman that hired me at the time, I said, "Two years. I'll give you two years."
Here I am, 30 years later.

To be continued with Part II of the Exclusive Ideagen Interview Series.

Part I of a multi-part Exclusive Ideagen Interview series.