(Animation of the "penumbral shadow"

sweeping across our planet. Credit:

It's already been a big week for skywatchers, and more celestial fun is on the horizon.

On Tuesday, skywatchers were treated to the annual Orionid meteor shower. And now a spooky partial solar eclipse will darken skies for viewers across North America on Thursday, Oct. 23.

A partial solar eclipse occurs when the new moon passes in front of the sun, casting a shadow on Earth and blocking a portion of the sun from view.

The eclipse will be visible in the late afternoon between the East and West Coast of the U.S., as far north as the Arctic, and as far south as Mexico. 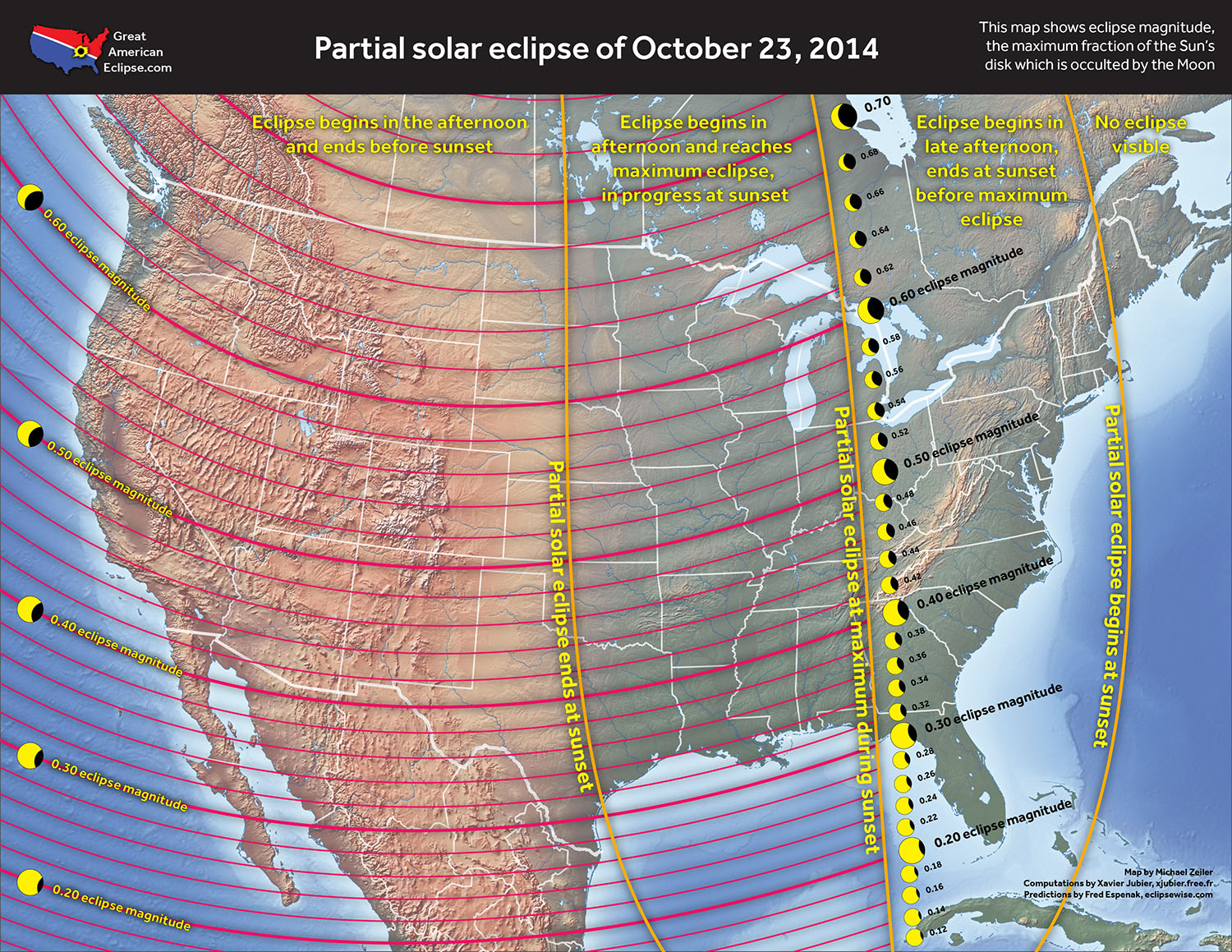 If you'd like to watch the eclipse, be very careful. Eclipse or no eclipse, scientists caution that staring at the sun with the naked eye can cause permanent eye damage.

Safe ways to view the event include wearing special eclipse glasses or making a pinhole projector to project the view onto another surface. If you'll be using a telescope, you'll need a special filter.

The Coca-Cola Space Science Center at Columbus State University in Georgia, and the Slooh Community Observatory, with its main feed coming from the Prescott Solar Observatory in Arizona, will live-stream the eclipse starting at 5 p.m. EDT.

Click here to find out when the eclipse will begin in your area and when it will reach its maximum.

If you snap a great photo of the eclipse on Thursday, we want to see it! We'll be hosting a live blog of the event on the evening of Thursday, Oct. 23 from 5 to 7 p.m. EDT.

You can tweet your photos with hashtag #HuffPostEclipse. Or submit them directly to our "Partial Solar Eclipse" slideshow. 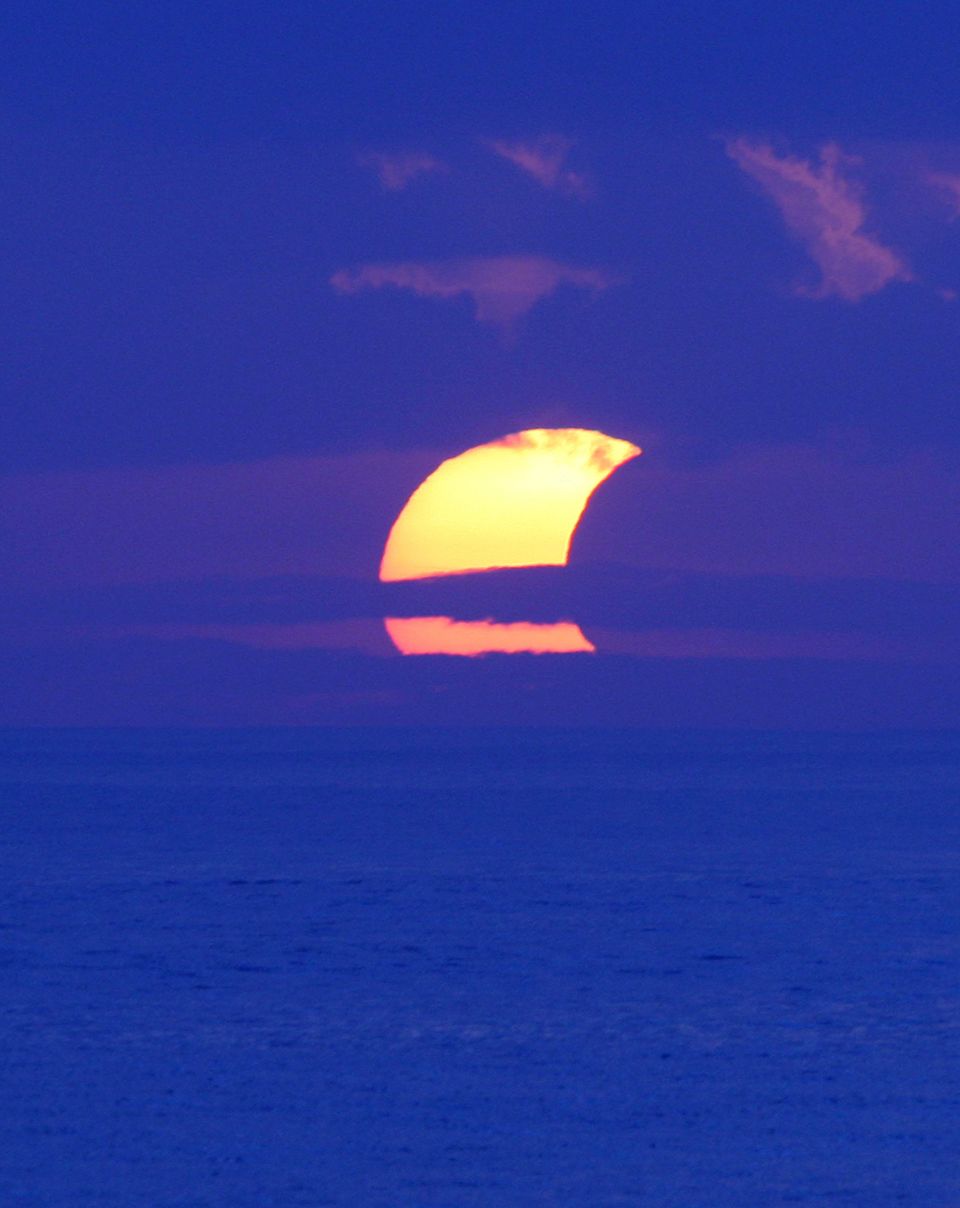