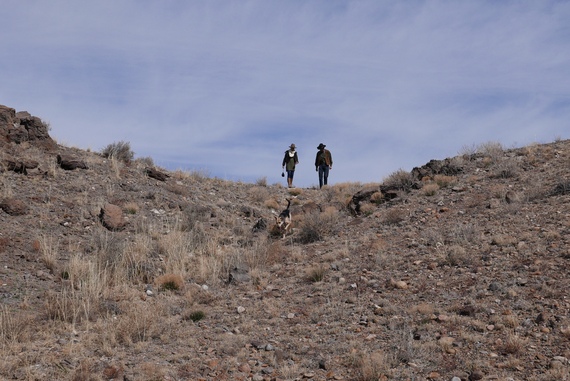 (photograph by the author)

The One who enwraps in light as with a garment;
stretches out the heavens like a tent-curtain -
The One who frames His upper chambers in the heavenly waters,
makes the clouds His chariot
and rides on the wings of the wind.
(Psalm 104:2-3)

On account of laziness, the sheltering framework is weakened,
and on account of idle hands, the house begins to leak.
(Ecclesiastes 10:18)

As we read in the Torah this week about the beautiful intricacies of the Tabernacle - which our ancient, rabbinic ancestors interpret as emblematic for human involvement in the divine capacity of world-making - my mind turns to one of the most daring rabbinic teachings I know, one that links the passages I have just quoted from the Psalms and from the book of Ecclesiastes by way of a Hebrew word that appears in both.

Before I get to that, let me admit that my perspective at this moment is conditioned not only by Harvard's lovely bend of the Charles River, but also by several glorious days this past week in New Mexico, for the wedding of my oldest friend, including a visit with artist friends in Laguna Pueblo and time hiking and skiing in the thin air of the high Southwestern landscape. "We're all out here because we're not all there," goes the self-knowing aphorism among transplants to the Land of Enchantment. I can only affirm that the trippy audacity in our biblical ancestors' inspiration to construct a sacred space celebrating and affirming Divine Presence is somehow more accessible after such a spell in the wilderness.

Which brings me back to those soaring lines from the 104th Psalm, and to the foreboding admonition from Ecclesiastes - and to the link our rabbinic forebears discover between the verses.

A word of Hebrew is necessary to appreciate the connection - the Hebrew word: hamekareh.

In the Psalm, hamekareh means "The one who sets his beams," or "the one who makes his rafters," or, as I have translated above, "the one who frames," with reference to God.

In the Ecclesiastes verse, that same word, hamekareh, is "the framework," itself, "the roof's rafters" or "the beam-structure" of the house - the house that sags and leaks, according to the passage, when we become lazy and our hands fall idle.

An ancient Talmudic teaching, noticing how the word for that which becomes weak in the Ecclesiastes verse is the selfsame word that is used to indicate God in the Psalm, ventures an interpretation so courageous that it verges upon sacrilege, saying, "On account of the laziness of Israel, who failed to busy themselves with Torah, the Blessed Holy One was rendered - if this were possible - weak." (Babylonian Talmud, Tractate Ta'anit 7b)

The Talmudic line actually uses a very odd circumlocution (one usually reserved for avoiding saying outright that anything unfortunate might befall Israel) to say what it does about a purported weakening of God. Instead of introducing further technicalities of Hebrew and rabbinic parlance, I have supplied the sense of the strange turn of phrase with a subjunctive qualification - between the dashes - in my translation just now. But let me underscore that the bizarreness of the Hebrew wording makes very clear that the author of the teaching knows he is suggesting something quite outlandish and contrary to the conventions of pious thought. (In fact, some timid present-day translators take advantage of the unusual wording to twist their renditions so as to avoid conveying that the teaching is talking about God at all.)

To take in the wider context, the Talmudic tractate in which the teaching appears is one about fast-days - and, specifically, fast-days that are called when the rhythms of the natural world and of farming are interrupted by drought. Zooming in again, the speaker of our teaching, a certain Rav Katina, is saying that the rains fail to fall because of a neglect of Torah among the people.

On the one hand, we can read this teaching in an entirely metaphysical or even quasi-magical way, either to say that Torah-study is somehow theurgically causative in maintaining the cycle of the seasons, or to say that God withholds the rains as a punishment for a neglect of Torah - and quite possibly that is what Rav Katina means. After all, rabbinic tradition reads Jeremiah 33:25 as the Blessed Holy One saying, "Were there not My covenant day and night, I would not have ordained the rules of heaven and earth."

On the other hand, many voices among our rabbinic ancestors - as represented, for example, in comments and elaborations on the construction of the Sanctuary in the wilderness - are distinguished by a concept of human partnership with the Divine in the ongoing creating and sustaining of the world. The notion rings with remarkable prescience as we today discover just how much we do shape the world we inhabit.

It is perhaps anachronistic and wishful thinking on my part, as a present-day environmentalist, but it is not entirely implausible that what Rav Katina is getting at is a suggestion that when human beings fail to take part in the world in a spirit of covenantal cooperation with its glorious and life-sustaining order, the world becomes a place in which God seems to be ever more distant or - if this were possible - diminished.

Laguna Pueblo sits on the margin of the largest open-pit uranium mine in the world, dug with woeful disregard for the health of the local inhabitants. Where is the covenant in that? Might we think of the White Sands Missile Range, or the Los Alamos National Laboratory (where a drum of plutonium waste from long ago erupted just last year) as hazarding a diminishment of the Divine in our world?

There may be a Torah of nuclear power, so to speak, to be discovered, and even a Torah of warranted warfare to be discerned in our times. While we work toward such wisdom, and fall short, let Rav Katina's ancient teaching couple a note of warning from Ecclesiastes with the majestic poetry of the 104th Psalm.

But, to end on a positive note - for this Sabbath after my trip out West, and the wedding - I believe we are capable of achieving sacred and constructive harmony.