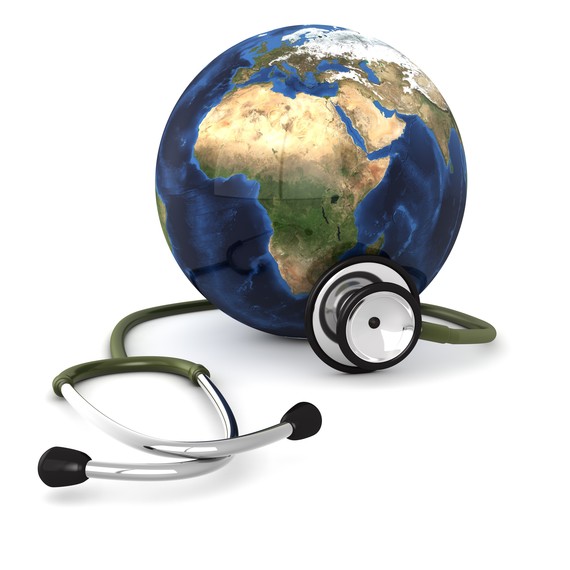 Ebola Virus Disease (Ebola) is in our own backyard now, but long before its arrival in Dallas, the disease begged the world -- and the United States -- to take notice and lend a hand.

Not that the epidemic could be ignored. Since March, close to 9,000 people in Guinea, Liberia, Nigeria, Senegal, and Sierra Leone have been infected, and more than 4,000 have died. Just last week, the World Health Organization (WHO) reported that by December, the number of new Ebola cases could reach 10,000 per week worldwide. According to WHO reports, the virus is killing 70 percent of those who contract it.

When it comes to global health, we can't separate ourselves from the rest of the world. As former President George W. Bush has said, "The human condition elsewhere affects national security in the United States." And in response to the outbreak, the United States has pledged aid and thousands of troops to set up clinics and provide support.

But there's more that can be done, and some of the most important efforts could come in the form of public-private partnerships at the global, regional and national levels. They are critical to building strong health systems, without which countries cannot fight the epidemic.

As we've seen with our work in Pink Ribbon Red Ribbon, we know that by helping to train health care workers in developing countries, expanding their knowledge base and skill sets, health systems as a whole can be enhanced. We're not saying we can cure Ebola, but the ideas and principles behind this strategy can help countries dealing with the crisis.

What has been especially difficult in preventing an Ebola epidemic in developing countries is weak health systems. Too often the outbreak has spread faster than countries' efforts can keep up and contain it. These health systems lack basics -- from medical supplies, human resources and adequate laboratory services to appropriate protocols and basic infection control. One of the most alarming statistics is the number of doctors in some of the hardest-hit countries. In Liberia, there is one doctor for every 100,000 citizens. Sierra Leone has about two doctors for the same number of people.

Partnerships can provide the essential training and tools needed to combat the outbreak. And infrastructure that's put in place to strengthen health systems for one challenge can be repurposed and fortified for another. Take the example of Nigeria, the most populous country in Africa, where the outbreak has been contained. An emergency command center put in place by the Bill & Melinda Gates Foundation to fight polio in 2012 became an emergency command center for the Ebola outbreak. In Guinea, tents once set up by Doctors Without Borders to help deal with a cholera epidemic are now being used as Ebola clinics for teams from the same organization. In both cases, key partnerships and an existing platform to fight one disease helped pave the way to fight a new outbreak.

The success of these efforts should remind us that it often takes a global village to make a difference. It's essential to help make existing health systems function efficiently - for the sake of lives in the developing world, and at home.