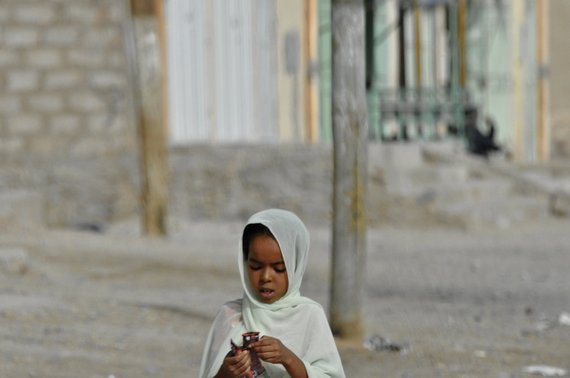 In the face of enduring global imparity between the genders, the United Nations' Commission on the Status of Women (The "Commission" or "CSW") has fought for decades to make half the globe equal to the other. This past March, more than 80 government ministers and over 4,000 non-governmental representatives from 540 organizations participated in this year's 60th Annual Commission on the Status of Women ("CSW60") at UN Headquarters in New York City. Given the continued struggle to achieve global gender equality for more than half a century, we may safely assume something has been missing.

Currently in Canada, women earn a mere 66.7% compared to their male counterparts; in Yemen, a woman is only considered half a witness before the court; in Saudi Arabia, women can't vote; and worldwide, more than 700 million women alive today were married as children. Unfortunately for women and girls worldwide, the global community has increasingly lost faith in the UN's own ability to tackle these issues. An ominous shadow undoubtedly looms over the UN's 5th Sustainable Development Goal of achieving gender equality by 2030. Today's youth are no strangers to the plight of women. Youth-led organizations such as Youth For Change and Next Gen Men have advocated for women's rights for years, but have never before had an advocate as powerful as the UN to amplify their voices.

This year marked a watershed moment for the UN. No longer will the traditional methods of diplomacy suffice, announced the Commission. Reinforcements have been called in - 1.8 billion of them. The Commission has finally acknowledged that the missing link in the fight for gender equality is the youth voice. Indeed, the Commission chartered the largest diplomatic merger of the century by inviting the global youth movement to formally join the women's movement. One week prior to CSW60, UN Women inaugurated Youth Forum CSW (the "Forum"). "This is the first-ever Youth Forum tagged and linked to the CSW. We have had other gatherings, but this is the first time we are linking the two," lauded UN Women's Deputy Executive Director Lakshmi Puri.

The two-day Forum brought together over three hundred youth from across the planet to represent their countries, grassroots campaigns, global nonprofits, and civil society. These youth have not merely limited their activism to discussing gender equality at the Forum, indeed they continue to act as powerful vehicles for effecting change on the ground today. One of the key outcomes from the Forum was the authoring of a comprehensive set of Youth Agreed Conclusions. The document gives voice to the unified battle cry of the world's youth for a gender-just implementation of the entire 2030 Agenda. 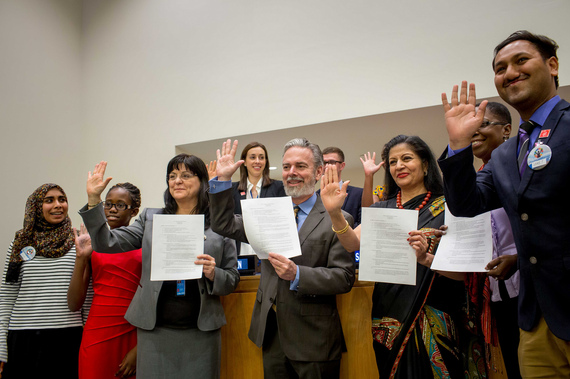 The new partnership between the UN and the youth movement is a crucial one. "By involving youth, the UN isn't doing young people a favour, we're doing the organization a favour," noted UN Youth Envoy Ahmad Alhendawi during opening sessions. Today, traditional forms of multinational diplomacy face more obstacles and red tape than ever before. Conversely, social ventures and grassroots activism among youth have never seen such levels of outreach and success. Through the skilled utilization of social media, microfinance, and the leveraging of vast global networks, today's youth have an unprecedented ability to close the gender gap within our lifetime.

The UN can no longer afford to conduct 'business as usual.' In order to achieve gender equality by 2030 therefore, the UN's partnership with global youth must represent a fundamental shift in the way in which it operates. Youth participation in social justice movements must become ensconced in the fundamental operations across UN agencies, CSW in particular. Youth have earned their seat at the table - not to sit as silent observers, but rather to carry the torch for equality. The UN is realizing that being an active participant in society has no minimum age requirement. 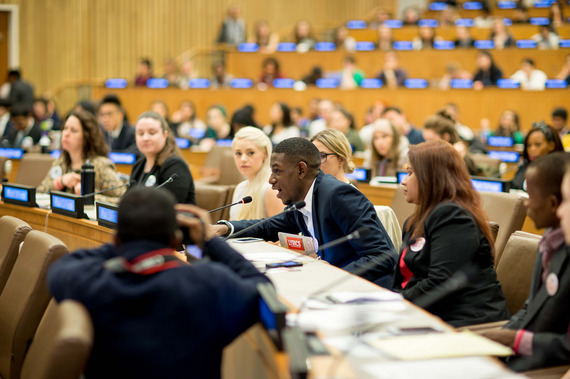 Upon receiving the Youth Agreed Conclusions developed by the Forum, CSW Chairman Ambassador Antonio de Aguiar Patriota urged the importance of "engaging on inter-generational dialogues [to] maximize our alliances on behalf of those whose voices are not being heard, on behalf of change, [and] on behalf of sustainability." We, as the world's youth, challenge the UN to fulfil this promise by securing us a permanent seat at the table. In order to reinstate global confidence in the UN's ability to tackle the most important social justice issues of our age, the UN must evolve to propel youth into action, activism, and engagement with the Global Goals. Only in so doing can we move beyond the dichotomization of gender inequality, and empower women to thrive on the global stage.