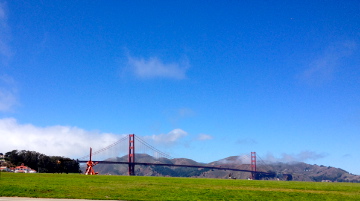 Tonight in San Francisco, the Presidio Trust will hold a public presentation of the three finalists vying for the coveted site of the current Sports Basement in the Presidio. The proposals being presented for discussion are the Lucas Cultural Arts Museum, the Presidio Exchange and the Bridge/Sustainability Institute. The Presidio is a national park site.

The Golden Gate National Parks Conservancy, with their proposal for the Presidio Exchange, is the only one that speaks directly to the mission, values and themes of the Presidio itself. In their words what they envision is a "park-based cultural center that creates, curates and hosts unique public experiences at the Presidio reflecting the heritage of this national park and the creativity of the Bay Area while connecting to the larger world."

There are many people who cherish the Presidio as a national park and want to keep the focus on that fact. The Presidio is San Francisco's treasure, an urban national park coming into her own with the most beautiful land and view to embrace unlike any place in the world. The Golden Gate National Park Conservancy has a track record with Crissy Field, their "signature project." All the work that was done by the Conservancy towards the enrichment of Crissy Field, making that part of the Presidio so healthy and beautiful, draws us all to it. Crissy Field has had a profound effect on us all every day. It gives us joy. It revives our souls. It is the best evidence of how a landscape can inspire those in it. There are countless stories told on those walks along Crissy Field. There are innumerable stories created in minds that can let loose their imaginations as they walk through that open space by the bay.

Some fear that adding a big Beaux Arts museum in the site, as Mr. Lucas intends, no matter how wonderful, is not understanding the treasure the Presidio land is and being true to the mission of the national park. Why put an institution there that wants to take you inside for hours at a time when there is so much beauty to behold outside? We are still in the process of understanding all that this national park can be, so seaped in California history, once home to the Ohlone people, the Spanish and the Mexicans. The land itself has a thousand stories. The question is, what is right for this national park?

The Golden Gate National Parks Conservancy building rendering has vast windows looking out across Crissy Field and the San Francisco Bay beyond. The Conservancy's vision to build a High Line would have us walk through and experience the Presidio as parkland. The Presidio Exchange that the Conservancy proposes is "a gathering place for the public and a gateway to the remarkable assets of the entire Presidio." With their many partners, including national organizations, the Conservancy will bring in current cultural and intellectual programming, exhibitions and performances. 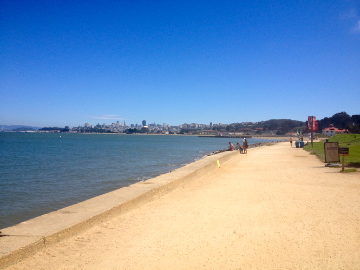 The Lucas Cultural Arts Museum will attract people inside to enter into the world of visual storytelling. The museum will exhibit the vast art collection of Mr. Lucas, with works by Maxfield Parrish, N.C. Wyeth and Norman Rockwell, along with his collection of poster, movie and comic art. This museum will provide "a state of the art interactive facility that will nurture curiousity, ignite imagination and broaden the spirit of adventure for children, family, schools and educators, as well as visitors from around the world."

George Lucas is part of the landscape of San Francisco and it goes without saying that his presence has brought abundance in countless ways to the Bay Area. Mr. Lucas has made an astoundingly generous offer to build his museum, pay for the expense of it and endow it for the future. It is not every day a friend of San Francisco offers that to their city. He received letters of support from some of our elected officials even before other proposals were presented. We all want the Lucas Cultural Arts Museum in San Francisco but the complicated part is whether, the Presidio, part of our Golden Gate National Park, is really the right location for it. If our elected officials are excited about the economic benefits and draw of the Lucas Cultural Arts Museum, is the Presidio the only place it could go? The Exploratorium moved to Pier 15. The Palace of Fine Arts is looking for a tenant. Bayview has vast potential. Mr. Lucas has his heart set on the Presidio and has threatened to take his museum to Chicago if he can't put it there. Is that true?

I was just in Stockbridge, Massachusetts, and thought of Mr. Lucas when I went to the Norman Rockwell Museum, housed in a simple building in a farm setting with Rockwell's actual studio just beside it. The Steven Spielberg Time Warner Gallery is directly before you as you enter the museum. It is filled with Rockwell's famous paintings that tell the story of America, in photographic-like images that go straight to the heart of the matter. Picture after picture, image after image, Norman Rockwell captured the spiritual essence of his times. He was an artist for the people. His heart no better exemplified than in his: Do Onto Others As You Would Have Them Do Unto You, April 1961, a Saturday Evening Post cover, depicting faces of all creeds, colors and nationalities that make up our nation. If I had to guess what Mr. Rockwell would say about this situation in the Presidio, it would be do what's right for all the people.

There is a big picture to grasp. The Presidio Trust is in charge of deciding which of the three mentioned proposals, if any, will break ground in the most beautiful urban national park in the world. With all the passion evident in these proposals, there is great potential for amazing things to happen. Let's hope everyone can keep their hearts right here in San Francisco. 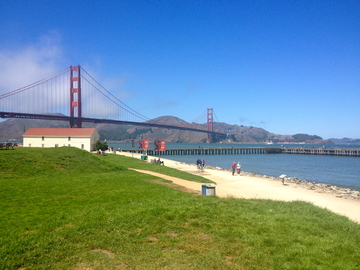