June 8th was World Oceans Day. It was celebrated with a reception at U.N. Headquarters in New York City. The Empire State Building was lit in white, blue and purple representing different layers of the ocean.

The day started in New York's Long Island City, where the UN Secretary-General greeted the Hawaiian boat Hokule after two years at sea without motors or GPS. 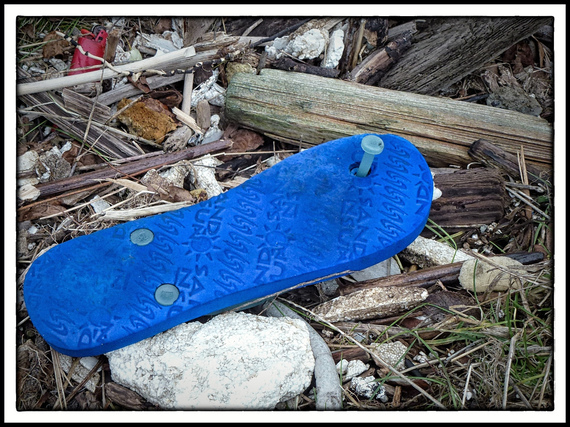 Capitalists played their part too. In his World Oceans Day blog for Huffington Post, Richard Branson dressed up as a Merman to announce that as part of the 2016 Virgin Strive Challenge, he would swim from the southern tip of Italy to Sicily. The challenge sponsor is Virgin Money. That's corporate social responsibility the Branson way.

In the real world, aquariums put on special shows. Citizens participated in symposiums and beach clean-up. All of this to raise appreciation of our oceans and awareness of both ocean wonder and degradation.

But what excites me most are the younger surfers around the world who are taking action.

The best known is of course Boyan Slat, the now 21-year-old Dutch aeronautical engineer who two years ago raised $2.2 million via crowd-sourcing for his non-profit Ocean Cleanup. After witnessing garbage despoiling Greek waters when he was 16, Slat asked the question, "Why don't we just clean it up?" He didn't know why that's an impossible task -- even if he could overcome technological, territorial and funding issues. But his naiveté turned out to be a strength as compelling as his persistence.

Slat's system uses ocean currents to concentrate garbage where it can more easily be picked up. (For a description of how it's done, read The Guardian's look at feasibility and links to technical papers.) After five years of relentless pushing and the help of top engineers and scientists, Slat's ocean cleaning system is going into trial this month.

Anther solution to ocean garbage is the SeaVax, a solar and wind-powered, self-driving ship that sucks up plastic. Invented by a young British trio, the ship has special sensors to detect trash and sonar technology that protects marine and bird life. The first ship is ready and looking for a launch site.

And another: Designed by two Australian surfers from recycled material, the Seabin is an automated trash receptacle for marina docks. Much like Seavax, funding was cobbled together from seed money plus crowd-sourcing.

Despite lack of experience and limited resources, these young social innovators are part of a passion-driven force that is taking center stage. In an interview with the Chairman of C2 Montreal JF Bouchard, the annual conference on innovation, journalist Ali Velshi maintains that individuals -- "the Many" --not policies or institutions hold the key to society's greatest challenges. In his words:

"I used to lament the end of programs like NASA, where a government took charge of a problem, or things like Bell Labs, where somebody was just working on stuff that wasn't for commercialization. But you know, what's better than the government and these labs is people, regular people."

Fixing problems is exciting stuff. Yet in the end, it's less complicated than measuring problems or preventing them in the first place. That's where you need big institutions. Cities like Seattle and San Francisco banned plastic bags; Congress passed a ban on microbeads to take effect in July 2017. Since 1972, the Ocean Dumping Act has reinforced no-dumping laws with stiff penalties.

Branson's stunts and the surfer dudes who develop their fantastical gizmos give us hope for a quick solution to environmental devastation. With institutional support, we might just get there.