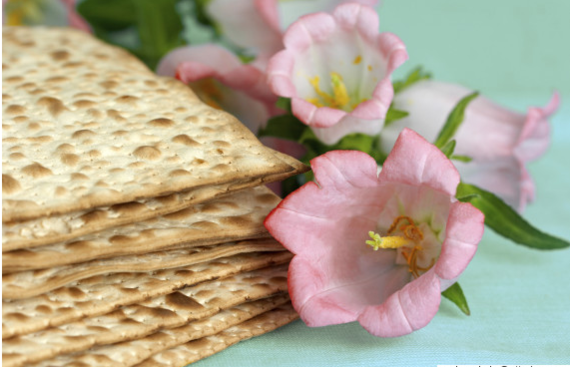 It has been widely reported in the Passover literature that during the "post-Seder Chorale Ritual" (pSCR), the songs "Let My People Go" (ca. 1300 BCE) and "Adir Hu" (n.d) are sufficient for optimizing the hopeful possibility that a given attendee will fulfill every Passover Seder's parting sentiment: "This year in [present location]! Next year in Jerusalem!". Indeed, recent meta-analyses on "Passover Treatment Packages" have reported an impressive overall 9.6% "Jerusalem Completion Rate" (JCR) for participants "from all Seder sites within the Diaspora" that included either of these Passover classics during the pSCR (ca. 200-2008 CE).

Both scholars and practitioners of Judaism have assumed that including non-canonized songs within the pSCR would incur God's wrath, decrease the annual JCR, and lead to other unfortunate outcomes, such as a totally meshuggah Islamophobic megalomaniac becoming President of The United States. Consequently, few pSCRs have utilized songs from other religious traditions or tunes with general popular appeal (e.g., Bob Dylan, Selena Gomez, Kanye West), and even fewer have recorded the effect of including such songs on the JCR.

Determining the effect of goyish music on the JCR therefore served as the rationale for this present study, which also broached two related theological questions: Is God religious? If so, Is God partial to the Jewish faith?

Charlie Cohen (left) and Jacob Siegel (right) lead "When The Saints Go Marching In" during the "post-Sedar Choral Ritual" (pSCR) at the Siegel site. Video by Aron Weinberg.

We did stuff to test stuff.

Data collected from twenty-five consecutive "Passover Treatment Packages" (1991-2015 CE) implemented at the Siegel residence (Brooklyn, NY, USA) demonstrated that the additional inclusion of the song "When The Saints Go Marching In" to each and every one of these Seders' "post-Seder Chorale Rituals" (pSCRs) allowed an historically high 14.2% of participants to attend a Passover Seder the following year in Jerusalem, even though this traditional American gospel hymn - most famously crooned by Louis Armstrong - appears to be completely unrelated to the celebration of the Hebrews' escape from the evil pharaoh (ca. 1299 BCE) and eventual entry into "The Promised Land" (ca. 1259 BCE and minus their fearless leader), as retold in The Book of Exodus.

A further analysis of the Siegel cohort's data set revealed an overall mean attendee enjoyment level of the pSCR (1991-2015 CE; 92.4%) above previous levels (84.0%) found within the historical record from Tel Aviv to Timbuktu.

Lastly, the inclusion of "When the Saints Go Marching In" was also found to reduce an attendee gripe commonly heard at many Seders: almost all of the songs performed during pSCRs are sung in Hebrew - a language that one member of the Siegel cohort observed "Jacob [the traditional leader of the Seder at the Siegel site] is really good at, but it's hard to understand if you don't know it, and nobody knows it."

A comparison between the Siegel cohort's data set and the historical record on their respective "Jerusalem Completion Rates" (JCRs) revealed that God appears to appreciate the inclusion of goyim naches (i.e. www.stuffgentileslike.com) in Passover Seders. Although Jews are the official "chosen people", God as it turns out may be pretty agnostic when it comes to this whole religion thing, valuing all people - Jews, Christians, Muslims, Hindus, Buddhists, and Zoroastrians - as a single family of "chosen individuals", united on the basis of their shared humanity regardless of their personal religious convictions.