A South Carolina megachurch pastor is passionately defending his decision to buy his wife a Lamborghini Urus, a luxury SUV that starts at $200,000.

John Gray, a pastor of Greenville’s Relentless Church, said in a Facebook Live video on Thursday that “not a nickel, not a penny” from his church went toward the gift, an eighth-anniversary present for his wife and fellow pastor, Aventer Gray.

John Gray said that his “heart is pure” after presenting the luxury vehicle to his wife during a wedding vow renewal party on Dec. 8. He said he was able to purchase the SUV because of revenue from his book deal, a reality show on the Oprah Winfrey Network, his savings and “wise investments.”

In a video responding to criticism he has gotten for the extravagant purchase, John Gray tearfully defended his right to buy nice things for his family. He said that as long as what he does is “honorable, ethical and not illegal,” it’s nobody else’s business how he chooses to express love to his wife.

“The stories that I hear, and I’ve tried to not listen to it, but one of them is, ‘Pastor buys his wife, you know, this expensive car,’” John Gray said in the video. “First of all, it wasn’t a pastor that bought the car. It was a husband that bought the car.”

“I’m a husband first. Don’t confuse what I do with who I am,” he added. “What I do is, I pastor God’s people. Who I am is a husband and a father, and I’ll do anything to honor them, and I won’t ask permission from anybody to do it.”

John Gray is a former associate pastor at Houston’s Lakewood Church, the megachurch run by the popular American televangelist Joel Osteen. Gray moved to South Carolina to work at Relentless Church, a megachurch that was named Redemption Church and had five campuses and an active membership of 22,000 people when he assumed leadership in May.

A video of John Gray presenting his wife with the keys to the SUV during their vow renewal celebration was widely viewed on social media. The Grays said that they didn’t post the video and that it was shared by someone else. Still, the video sparked backlash online, with some people using it to link Gray to the prosperity gospel, a Christian teaching that suggests God wants all Christians to be prosperous and that material wealth is a sign of God’s favor.

In his Facebook Live video, Gray rejected the idea that he was a “prosperity preacher” ― saying instead that the gift stemmed from his desire to make his wife happy.

A Cincinnati native, he has often spoken about how growing up without reliable male role models in his life has made him more determined to be a good husband and father. He has said his grandmother and mother had partners who abandoned their families.

“My wife has pushed for my dreams and my vision. And she has toiled with a man who was still trying to find himself, and that carries a weight,” John Gray said in Thursday’s video. “I wanted to honor her for how she has walked with me. I’ve covered her, she’s covered me.”

The pastor said the idea for the Lamborghini Urus arose in February, when the couple saw a presentation about the new vehicle at a hotel.

The Lamborghini Urus is one of the fastest SUVs in the world, with the ability to go from zero to 60 in under 3.6 seconds. The vehicle, which premiered in December 2017, typically sells for $240,000 or more with options.

“I saw my wife’s eyes light up,” he said about the moment she saw the SUV. “She said, ‘This would be a dream,’ and that’s all she had to say to me.” He said he spent the next 10 months planning how to purchase the SUV.

Aventer Gray has come to her husband’s defense on social media, writing on Saturday that when celebrities buy expensive gifts for their partners, it’s “fun and cool” but when pastors do the same, “we are stealing.”

“I don’t see anyone screaming about how basketball players drive what they do while you paying $$$ to see them play in arenas and on fields,” Aventer Gray wrote last week in a since-deleted Instagram post. “We don’t live for people! We live for God!”

John Gray previously received backlash for being one of several black pastors who accepted an invitation to meet with President Donald Trump at the White House in August. Gray has since said that while he initially thought the purpose of the meeting was to discuss prison reform, he now believes it was merely a photo opportunity for Trump.

On Sunday, members of Relentless Church showed support for the Grays during a church worship service, according to the Greenville News. Parishioners reportedly gave John Gray a round of applause when he mentioned the controversy over his wife’s new Lamborghini.

“I got one wife, I got one life, I got two kids, and while they’re alive, I’m going to do whatever I can to bless them,” he said in his Facebook Live video. “And I hope you do the same to your family.” 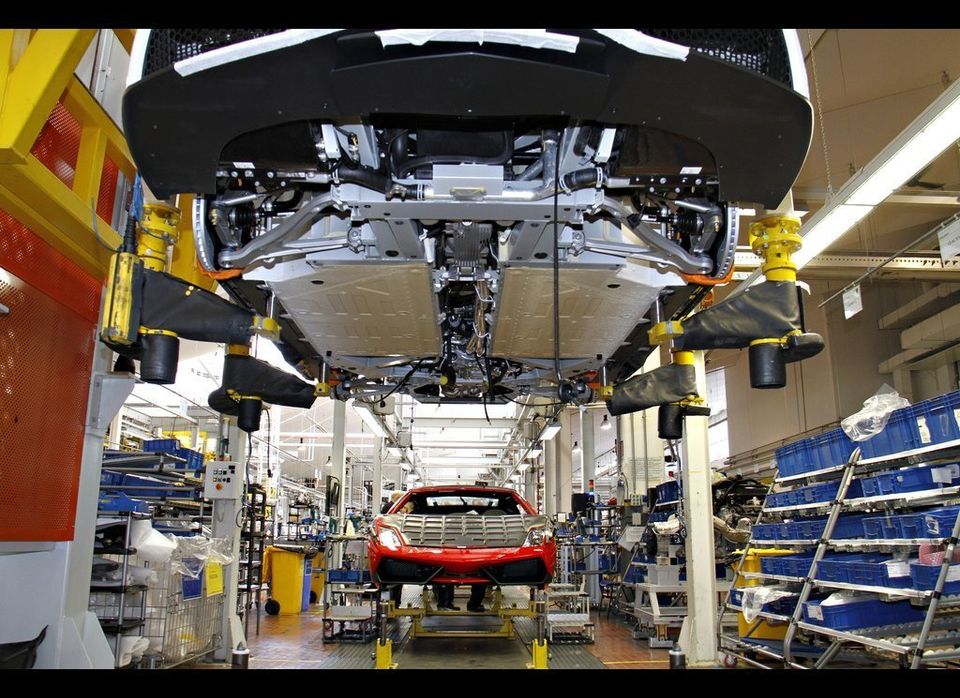