According to the PPP, Quinn -- not Scott Walker, Jerry Brown or Rick Scott -- is polling as the nation's least popular governor thanks to an approval rating of just 25 percent.

Quinn also trails possible challengers in a Democratic primary big time: According to the PPP, he would trail Bill Daley by three percentage points and state Attorney General Lisa Madigan by a whopping 34 percentage points in the poll of 500 Illinois voters.

(Scroll down to check out the candidates said to be considering running in Illinois' 2014 governor's race.)

Facing the disastrous recent numbers, Quinn reiterated this week that he still plans to run for reelection and that he thinks he's "doing a good job" as governor, NBC Chicago reports.

A Quinn spokeswoman also defended the governor's job performance. Per the Chicago Sun-Times:

“Gov. Quinn is doing what’s right for Illinois and to make our state a better place,” Quinn spokeswoman Brooke Anderson said. “After decades of fiscal mismanagement and two corrupt governors in a row, Illinois now has no-nonsense ethics laws, a shrinking unemployment rate and less discretionary spending than ever before because of Gov. Quinn.

Earlier in the week, Illinois was named the third worst-managed state in the nation by the website 24/7 Wall Street, which cited to the state's massive budget shortfall, multiple recent credit downgrades and ballooning unfunded pension liability in its ranking. The state also faces a massive backlog of unpaid bills that a 66-percent income tax increase has failed to shrink. 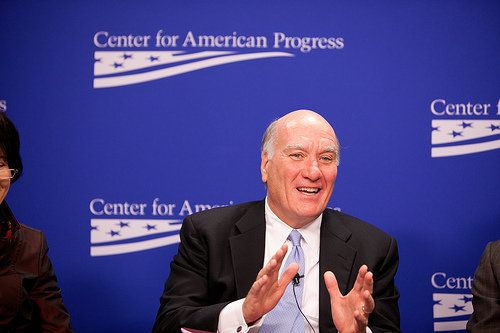