Well over a century ago William Osler, the father of modern medicine, wrote, "The good physician treats the disease; the great physician treats the patient who has the disease," foregrounding the patient's experience as the essential feature of great health care. Since then, our ability to treat disease has advanced by leaps and bounds, but has our ability to treat the patient in the setting of disease advanced as well? In this era where medicine has become so successfully transactional, when was the last time your doctor asked you what being sick -- getting the flu, breaking a hip, or finding you have cancer -- means to you?

To patients like Robert Castoro, it means a lot. Robert was 15 years old when he was diagnosed with osteosarcoma, a cancer of the bone. He remembers the moment this illness changed his perspective entirely: "The doctors told me that I would need to go through countless amounts of chemotherapy and several surgeries to remove the tumor in my right fibula. They also said that I may never be able to run or play soccer again. Right then and there I said to myself, 'I will not lose my battle.'"

This was not the first time Robert had faced cancer. His mother learned she had pancreatic cancer just two years before his diagnosis. He watched her pass away after nine hard months. From this experience he knew his osteosarcoma treatment would be arduous and perhaps as debilitating as the cancer itself. He could have succumbed to grief. He could have felt angry or depressed for weeks, or ignored the diagnosis altogether. Instead, he accepted his diagnosis and vowed to overcome it over and over again. Before he came to the hospital to start his chemotherapy, his family and friends printed t-shirts that said "Team Castoro." As the treatment started, he shaved the words "F... Cancer" into the back of his head. When his hair fell out, he remembers laughing. To Robert, the path was clear: There was no choice but to fight. 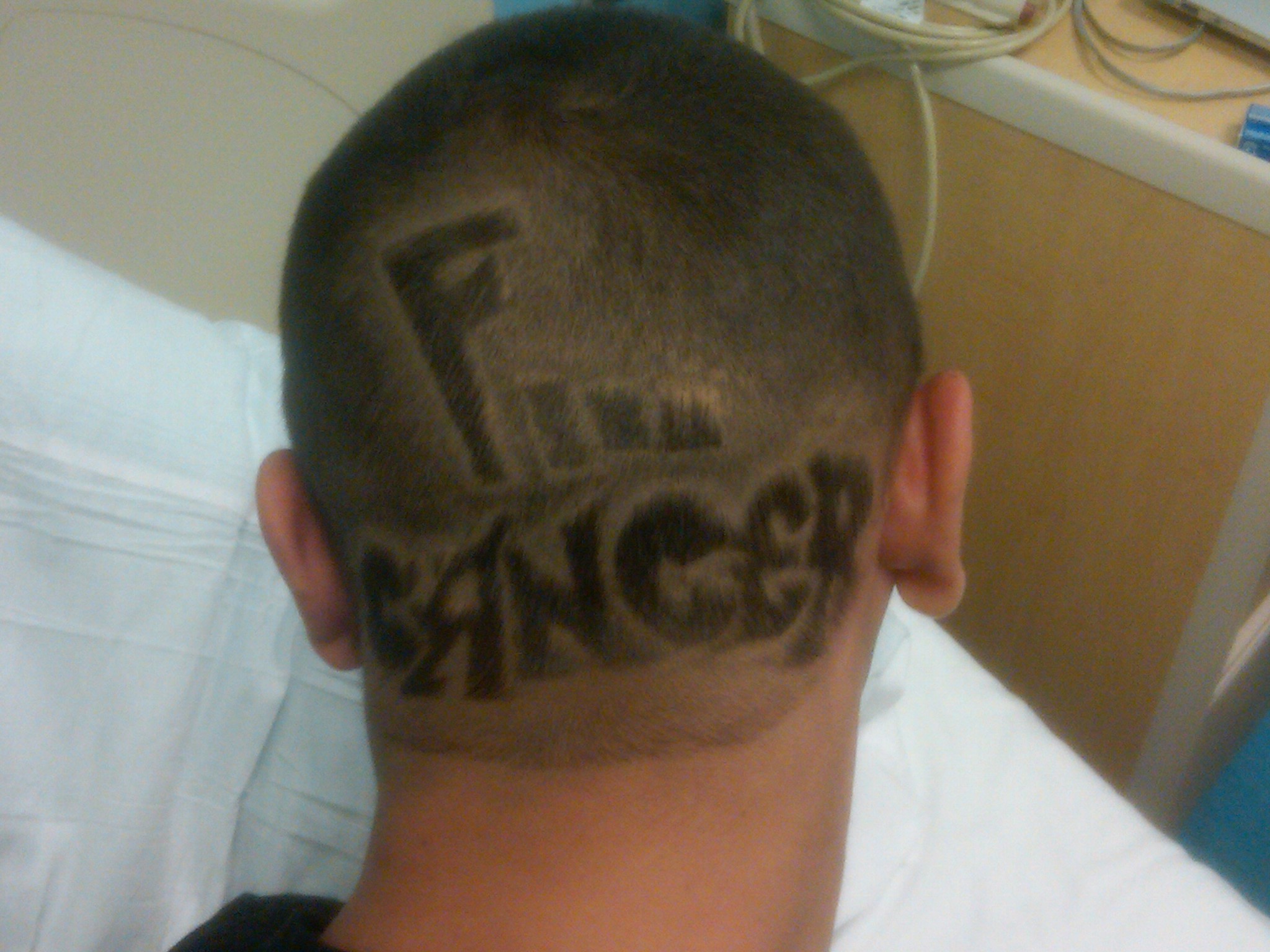 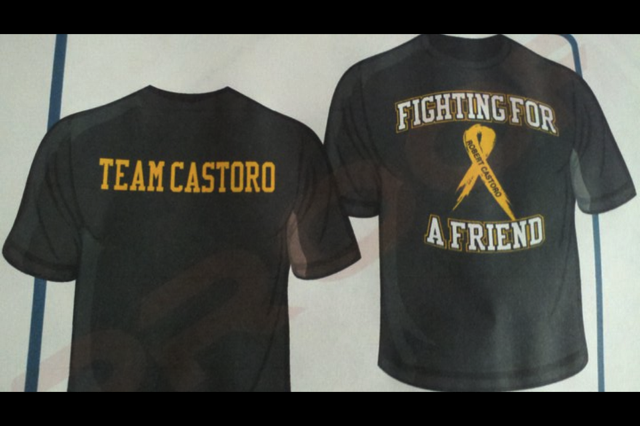 In our culture, where illness is so often stigmatized, it should not be surprising that many people who receive serious diagnoses have trouble accepting it or accepting themselves with a disease. Many, however, pivot from the grief, incorporate the illness into their sense of self, and emerge empowered with a richer understanding of themselves and their place in the world. Though this process is rarely discussed, it has everything to do with a person's experience, identity, and efficacy in the context of disease. In an empirical study, Dr. Judith Moskowitz at University of California San Francisco, for example, has indicated that positive affect not only lowers the risk of AIDS mortality, but also improves people's ability to cope with the disease and move on with their lives.

Patients like Robert make clear that the very personal meaning patients find in their illnesses can be profoundly empowering. All too often, however, health care does not allow patients to explore the personal significance of their diseases. Patients feel that the health-care system is too obtuse, that appointments are too rushed to pursue meaningful conversations, and that the social norms and power dynamics that physicians and patients themselves project onto medical visits can get in the way of open and honest discussions. Most doctors -- ourselves included -- lament that these patient perceptions are all too accurate. In practice, these roadblocks to communication result in a significant disconnect between people's own beliefs about their illnesses and what their doctors think they believe, including the extent to which those illnesses hold personal meaning. If physicians have a responsibility to promote well-being, both physically and emotionally, shouldn't doctors learn and do more to help patients find meaning in the moments of reflection that infirmity affords? What can doctors do to make the type of personal empowerment that Robert experienced more common?

A first step might be building a greater awareness of the need. At the University of California San Francisco, the Art for Recovery program is trying to do just that. The program provides patients ways to tell their stories through visual and narrative media and in personal ways, and this process of creating and discussing the artwork they create opens communication about individual medical issues for patients and physicians alike. Not only does this give patients insight into their struggles with their illnesses, but it also provides their clinicians more awareness of these struggles and the opportunity to respond empathically.

Once the need is clear, support often comes from family, friends, or complete strangers who happen to share a diagnosis. Support groups are a powerful but often overlooked source of resilience in the face of serious illness, and for many, taking part can be key to gaining a personal illness identity. Along these lines, social media has made connecting with others who share a diagnosis much easier. Whereas before, a connection with another person who happened to share your autoimmune inflammatory bowel disease might be by chance, the Crohn's Disease Social Network now has a Facebook page and 3,500 followers on Twitter. Online communities have made it easier even for patients with very rare diseases to connect with one another. These networks provide safe spaces for sharing experiences and finding meaning.

What would illness look like if these tools to promote empowerment through illness were commonplace in health care?

One program at New York's Mount Sinai Medical Center, Woman to Woman, has tried to find out. The program has paired more than 1,100 women with newly-diagnosed gynecologic cancers with peer volunteers who have lived through ovarian or cervical cancer themselves. These volunteer cancer survivors serve as guides and social supports, helping the newly diagnosed not only cope but also find meaning in living with the same disease. The result is not just a medical intervention, but a healing community.

There is a potential downside, however, to pushing empowerment as a mandatory coping strategy and creating too great an expectation that a person will overcome -- physically or spiritually -- their affliction. This line of thinking may give too much power to the illness itself, when in fact many patients simply wish they could get beyond feeling sick.

Breast cancer survivors like Barbara Ehrenreich have pointed out that the pressure to take up the fight against cancer can feel more burdensome than liberating. Adopting a militant stance against one's disease or feigning an unwaveringly positive outlook are certainly not the only options for productive meaning-making when facing illness. Instead, the ways we come to grips with infirmity are as unique and essential as any other aspect of our personhood. For some patients, illness can open the door to a fulfilling and nurturing social community that may not have existed before. Others may discover new aspects of their personalities that emerge through the process of coping with illnesses.

Whether the ways we understand and find purpose for ourselves in the context of illness are optimistic or realistic, public or understated, or ending in remission or relapse, what is ultimately important is that they help us keep sight of the selves we want to be even in the face of our own mortality.

For Robert Castoro, who is now in remission and applying to college, the experience of overcoming illness and survivorship is now the lens through which he sees himself. As he wrote in his college essay:

Each day I spent in the hospital wasn't another day I had cancer it was another day closer to being cancer free. I went through over 18 cycles of chemotherapy and had six surgeries on my leg. In under a year, I beat cancer; I can play soccer again; I can run a mile in under six minutes; I made the honor roll; and I stayed in AP courses and was never home schooled. I had the courage, bravery and right mind set. Having cancer doesn't define me, but how I fought does.

Physician and founder of nonprofit, Music for Autism