Ron Davis, best known for helping to spearhead the Human Genome project, posts a selfie where he's wearing a cape and a pair of briefs over his regular clothing. Hands on hips in the manner of superheroes everywhere, Davis mugs for the camera, happy to be ridiculous - for a cause. 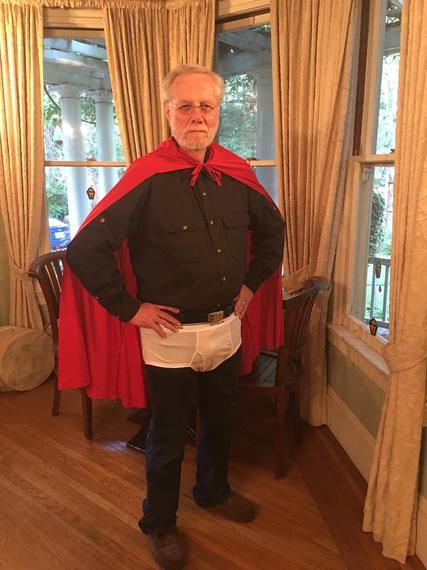 Davis is the Board Director at the Open Medicine Foundation, a nonprofit set up to raise funds for the research he does with a team (including three Nobel laureates) at the Stanford Genome Technology Center. The Open Medicine Foundation has raised 4 million dollars since 2012 to help combat modern illnesses with elusive etiologies and challengingly complex presentations, such as Lyme, fibromyalgia, myalgic encephalomyelitis. His interest in studying myalgic encephalomyelitis or ME/CFS is to save his son Whitney's life.

"ME/CFS symptoms include but are not limited to severe post-exertional fatigue, sleep dysfunction, cognitive impairments, and muscle/joint pain," explained Stacy Hodges, a 32-year-old who is an advocate and activist for awareness of her condition. "After countless doctors' appointments, many individuals with ME/CFS quickly deplete their life savings but remain unable to work. There is very little hope for a cure, due to the government's lack of commitment to the disease, which results in almost no funding dedicated to medical or scientific research."

Whitney Dafoe's story broke into the mainstream media after Ron Davis, his wife Janet Dafoe, and their daughter Ashley Davis held fundraisers to raise money to fund Ron's research after his grant applications to the National Institute of Health were denied. "This tells me I am running out of time," Ron went on to say. "I must find out soon what is causing the disease and how to cure it. I know I'm not the only one working on this disease, but there are too few researchers, too few medical specialists, too little research funds and too many patients."

"Undies on the Outside," a fundraiser set up for the Open Medicine Foundation, is only one of many springing up currently as ME Awareness Day on May 12th draws closer.

An idea for a protest began to form, and Hodges started to articulate what that would look like. "Understandably, the idea of a protest was met with some initial resistance and hesitation because many patients are just way too sick to get out of bed, much less attend a protest," said Hodges in an email interview. "The co-founders of #MEAction supported the idea of activism and together we launched the first step of many: our protest in Washington, D.C."

As the group began planning, and posting about the protest on social media, the idea for a #MillionsMissing campaign started to form. "#MillionsMissing speaks to the invisible nature of our illness," said Hodges. "Millions of patients are missing from their careers, schools, social lives and families due to the debilitating symptoms of this disease." There are also millions missing in funds to research the disease, and millions of healthcare workers lacking proper medical training about ME/CFS.

On May 25th, several groups across the nation will stand (or sit in wheelchairs, lie on stretchers or the ground, depending on their severity of the disease) outside Departments of Human and Health Services to protest a lack of funding to research their disease. So far, there are protests taking place in Washington D.C., Seattle, San Francisco, Atlanta, Dallas, and London, England.

The combined efforts, fronted by Hodges, have been incredible. Many patients participate in several conference calls a week, sometimes using up their energy reserves to talk, plan, organize, and formulate the protest's demands.

Understanding that many patients with ME/CFS won't be able to attend the protests in person due to being house- or bed-bound, there are several virtual protest options listed on their website. People around the world can mail a pair of shoes to represent one of the millions who are missing from their once-active lives. On the day of the protest, supporters are also encouraged to place a pair of shoes on their front stoop or driveway with a sign explaining who they represent. "At the protest, we will be displaying many pairs of empty shoes sent in from sick and disabled patients around the world, many homebound and bedridden," added Hodges. "The haunting display of empty shoes will represent the #MillionsMissing who make up our ME/CFS community." 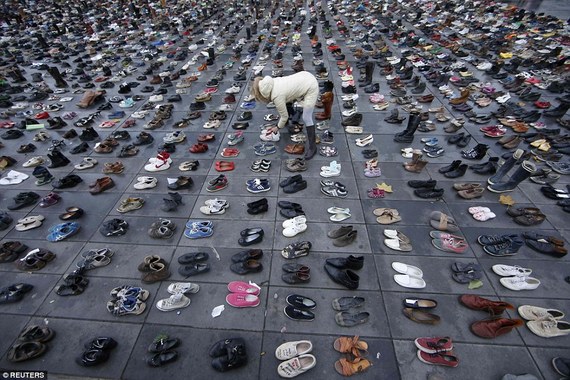 Hodges reached out to The Blue Ribbon Foundation, the nonprofit behind the documentary Forgotten Plague, which features the Davis-Dafoes, showing a rare glimpse into the room where Whitney has lived for over three years.

The Blue Ribbon Foundation offered a special Congressional DVD Pack through the Forgotten Plague website, and joined efforts to attend the protest in D.C.. "Real change is about engaging with the institutions in society that hold the power," said Ryan Prior, who wrote and co-directed the film. "We need policymakers to watch a film that conveys the human struggle, scandalous politics, and world-changing science of the ME/CFS story. By using the film and the protest to build an increasingly unified front on Capitol Hill we can tell our story in a way we've never done before to the audience we need most."

The focal point in each of these campaigns, protests, and fundraisers aligns with Ron Davis's sentiment: a search for 'what I can do to start a movement.'

It's a movement towards recognition, for people to see how many people are suffering at home in dark rooms, behind closed doors, imprisoned in a body that can no longer function enough to perform daily self-care tasks. "Many patients have no caregivers at all, and they are struggling to get food in their refrigerators or just get to the doctor," said Hodges. "Many patients are too sick to fight for themselves. Something has to be done, because the status quo is unacceptable. The patients can not live like this. I hope the public recognizes that this is a growing movement."

It's a movement with a groundswell of fundraising, advocacy, and groundbreaking medical research that has the potential to help ME/CFS patients find their feet.